What happens when evidence-based medicine clashes with long-established clinical wisdom? Such a scenario has been played out in the Journal over recent months. In November last year, a commissioned editorial summarised the results of two recent randomised controlled trials of vertebroplasty for the treatment of painful osteoporotic spinal fractures, concluding that the procedure was no better than placebo. This summary, from the trials’ lead authors, proved controversial, attracting a number of responses that have already been aired in our letters pages. We now publish a rejoinder from Australian vertebroplasty experts Clarke and colleagues, who argue that the research was not directly relevant to the patients they treat with vertebroplasty (→ Vertebroplasty for painful acute osteoporotic vertebral fractures: recent Medical Journal of Australia editorial is not relevant to the patient group that we treat with vertebroplasty). Buchbinder et al make a point-by-point response in “Invited editorial presents an accurate summary of the results of two randomised placebo-controlled trials of vertebroplasty”, defending their summary of the trials as an accurate portrayal of the best available evidence. Our Editor, Van Der Weyden, welcomes debate, but says it is incumbent on detractors to back up their arguments with hard data (→ Vertebroplasty, evidence and professional protest).

The complexities of compensation

The treatment of heart failure is becoming increasingly evidence-based but would be even better if more patients underwent echocardiography while in hospital. So say Teng and colleagues after reviewing hospital morbidity and death registry data for just over 1000 patients with heart failure admitted to three Perth tertiary hospitals between 1996 and 2006. The overall prescription rate of angiotensin-converting enzyme inhibitors/angiotensin receptor blockers (74.3%) and loop diuretics (85.5%) was consistently high. Prescription of β-blockers and spironolactone increased (from 10.5% to 51.3% and from 1.4% to 23.3%, respectively), and digoxin prescription decreased (from 38.1% to 20.7%) over the study period, in line with emerging clinical trial evidence. Patients who had in-hospital echocardiography (53%) had the best chance of receiving evidence-based therapies, which, in turn, was associated with a lower risk of mortality at 1 year (→ The effect of evidence-based medication use on long-term survival in patients hospitalised for heart failure in Western Australia). 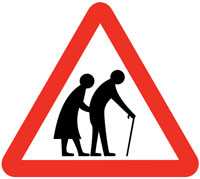 Employing a dedicated nurse to oversee hip fracture prevention strategies in aged care facilities does not appear to be effective. So say the investigators in a cluster randomised controlled trial of aged care facilities in NSW. In the trial, a project nurse promoted falls risk assessment; mobility assessment; use of hip protectors; calcium and vitamin D supplementation; continence management; exercise programs; appropriate footwear; medication review; and post-fall management review in 46 of 88 participating aged care facilities, while the remaining facilities were asked to deliver usual care. Over 17 months, both intervention and control facilities increased their use of hip protectors and vitamin D supplementation, but there was no change in the rates of falls or falls injuries. The authors concluded that a longer trial might be warranted but that, without improved funding and staffing of aged care facilities, promotion of falls prevention measures was unlikely to be effective (→ A cluster randomised controlled trial to prevent injury due to falls in a residential aged care population).

An issue of dilemmas

If the conflicts and quandaries detailed above aren’t enough for you, dip into some of the dilemmas detailed elsewhere in this issue: having to play policeman with your patients with epilepsy (→ Driving to distraction — certification of fitness to drive with epilepsy); an emerging cause of chronic skin ulcers in patients from the Pacific island region that can be difficult to diagnose (→ Chronic cutaneous ulcers secondary to Haemophilus ducreyi infection); or Indigenous Australians going blind from preventable causes (→ The prevalence and causes of vision loss in Indigenous Australians: the National Indigenous Eye Health Survey). And there’s even more in Letters (→ The new “Indigenous health” incentive payment: issues and challenges) Iannuzzi suggests that the most efficient way to fund Indigenous health would be to follow the DVA’s excellent “Gold Card” model. Emergency physicians are not convinced that the proposed “acute medical assessment and admission units” will do anything to solve the problem of access block, and Egger (and over 300 cosignatories) call on the government to join with health professionals to urgently address the health consequences of obesity and climate change (→ An open letter to politicians on climate change and obesity).

Evidence-based medicine, whose philosophical origins extend back to mid-19th century Paris and earlier, is the conscientious, explicit and judicious use of current best evidence in making decisions about the care of individual patients. The practice of evidence-based medicine means integrating individual clinical expertise with the best available external clinical evidence from systematic research.