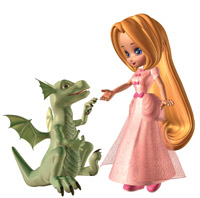 Parents might think that a lizard would be a nice, safe option as a pet for young children. But they might think again if they knew that up to 90% of reptiles are colonised with Salmonella. Moffatt and colleagues (→ Salmonella Rubislaw gastroenteritis linked to a pet lizard) report a 4-month-old girl who was hospitalised because of gastroenteritis due to a Salmonella subtype not previously reported in her local region. Only after investigation by the local health department (salmonellosis is a notifiable disease) was the source tracked down to the family’s pet lizard, an eastern bearded dragon.

When politics gets in the way of evidence

Bowel cancer kills over 4000 Australians each year. We have solid evidence from randomised controlled trials that screening can reduce this. We have a report from a government-funded pilot program which concludes that faecal occult blood test screening is feasible, acceptable and cost-effective based on biennial screening of 50-74-year-olds. So what are we doing with a National Bowel Cancer Screening Program that only involves a one-off screen of individuals aged 50, 55 and 65 years? It seems that an election got in the way of the evidence, according to Flitcroft and colleagues (→ Fifteen years of bowel cancer screening policy in Australia: putting evidence into practice?).

Fernando and colleagues (→ A risk for returned travellers: the “post-antibiotic era”) offer a cautionary tale of a catastrophic outcome from medical tourism. Not only did the patient suffer major postoperative complications, he brought home a stowaway — an untreatable bug. The authors warn that the “post-antibiotic era” is no longer fiction — it’s a fact.

MJA Classifieds has had a makeover. It is now bigger and brighter, has a new name, and includes interesting stories related to careers in medicine (and also the non-medical careers that some doctors have on the side). It’s still in the centre pages of the Journal, but now you can also access it as an e-mag at www.mjacareers.com.au.

Vaccine scares are inevitable, but none has had such a huge impact on vaccination rates as the study by Wakefield and colleagues, published in The Lancet in 1998. The recent full retraction of the study, which suggested a link between measles-mumps-rubella (MMR) vaccine, autism and inflammatory bowel disease, finally puts any lingering concerns about such a link to rest. In the UK, MMR vaccination rates fell from 91% to 80% after the study was published, with a corresponding upsurge in cases of measles. Fortunately, vaccine uptake remained relatively stable in Australia. Leask and colleagues (→ MMR, Wakefield and The Lancet: what can we learn?) discuss what we can learn from this experience that will help us to address future vaccine scares.

Gastrointestinal neuroendocrine (carcinoid) tumours, once considered rare, are becoming increasingly apparent. However, the classical carcinoid syndrome (flushing, diarrhoea and bronchospasm) remains uncommon, with the intermittent and non-specific nature of symptoms often resulting in delayed or erroneous diagnosis. In “Gastrointestinal neuroendocrine (carcinoid) tumours: current diagnosis and management”, Modlin and colleagues review diagnosis and management options, emphasising the need for a coordinated multidisciplinary approach to this heterogeneous disease.

De Crespigny and colleagues (→ Australian attitudes to early and late abortion) sought the opinions of the community. They found a high level of support for access to early abortion and little support for professional sanctions against doctors performing late abortion in many circumstances.

Conflict of interest is a major issue in publishing, and the International Committee of Medical Journal Editors (→ Towards more uniform conflict disclosures: the updated ICMJE conflict of interest reporting form) has produced a comprehensive form, for use by all medical journals, to encourage full disclosure by authors. The form is already in use at the MJA, where we also ask all reviewers to declare any potential conflicts before they complete their reviews.