A previously well 4-month-old girl presented to an Australian Capital Territory hospital emergency department in August 2009 with a 2-day history of fever, vomiting and bloody diarrhoea with rectal prolapse. On arrival, she was alert, active and afebrile but had profuse diarrhoea and tachycardia. She was admitted, and stool cultures were requested. Intussusception was considered unlikely, and oral rehydration via a nasogastric tube was commenced. Over the following 48 hours, diarrhoea persisted, with some vomiting and low-grade fevers. Stool culture showed Salmonella species. After 4 days, the child was afebrile, had good oral intake and was discharged from hospital, although diarrhoea continued. No other family members were ill. 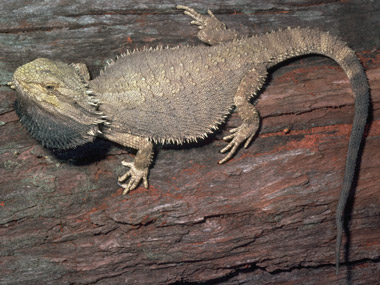 Salmonellosis is a notifiable infection in all Australian states and territories, and interviews are sought with all affected patients in the ACT to locate sources of infection. Following receipt of the laboratory notification, an environmental health officer interviewed the mother of the infant. Exclusive breastfeeding meant that food-related illness was unlikely. The infant’s siblings were reported to handle kangaroo excreta and to examine the infant for new teeth. This was nominated as a possible source and mode of transmission. The household pet cat and dog were healthy. No other environmental exposures, including recent travel, were nominated.

Subsequently, serotyping characterised the salmonella as Salmonella enterica serotype Rubislaw (S. Rubislaw), the first recorded instance of infection with this serotype in the ACT. S. Rubislaw has been isolated from various non-human sources in Australia: native animals and birds, feral goats, kangaroos and water supplies from the northern regions of Australia, and also captive snakes and lizards, including bearded dragons in South Australia in 2008 and New South Wales in 2009 (National Enteric Pathogens Surveillance Scheme [NEPSS], September 2009, unpublished data).

The infant’s mother was re-interviewed and revealed that the family kept a 4-year-old pet eastern bearded dragon (Pogona barbata) (Figure). The mother reported that she cared for the lizard, fed it and cleaned its terrarium. The reptile was not permitted to roam the house but was removed from the terrarium on occasion to be held by the mother. There was no report of direct contact between the infant and lizard, and only rare contact with other children. The family was advised about the high Salmonella carriage in reptiles and the risk to young children. Environmental samples were collected from the terrarium (lizard faeces, drinking water, bark, swabs of the terrarium environment) and the household vacuum cleaner filter. S. Rubislaw was isolated from all these environmental samples. After being advised of these results, the family of the infant felt an unacceptable risk remained and the lizard was euthanased.

Salmonellosis is frequently classified as a foodborne disease because contaminated food, mainly of animal origin, is the predominant mode of transmission.1 In the United States, “exotic pets” such as reptiles have become popular and reptile-associated salmonellosis has emerged as a public health problem.2-5 In Australia, although accurate figures on pet reptile ownership and reptile-associated disease are difficult to obtain, the risk to human health must be considered.

International evidence suggests reptile-associated Salmonella infections are more likely to be associated with invasive disease, more commonly lead to hospitalisation and more frequently involve infants and younger children than do other Salmonella infections.4 The particular susceptibility of children to disease transmission from reptiles kept in the family home may be due to greater exposure to the contaminated reptile and greater host vulnerability.5 Much of the available evidence regarding risk in children comes from case–control studies conducted in the US.2,5 There have also been numerous reports of sporadic cases of invasive disease and hospitalisation of children and infants with salmonellosis linked to reptiles.3 A fatal case of S. Rubislaw meningitis in a 3-week-old baby was linked to a pet water dragon in England.6

It has been estimated that 90% of reptiles are colonised with Salmonella, which is shed intermittently in their faeces.7 Such high rates of colonisation suggest Salmonella are commensal organisms of the gastrointestinal tracts of these animals.4 There are over 2500 Salmonella serotypes, with most (including S. Rubislaw) belonging to S. enterica subspecies I.8 Serotypes of S. enterica subspecies I cause most Salmonella infections in humans and other warm-blooded animals. By contrast, over half of the S. enterica serotypes reported from reptiles in Australia belong to subspecies IIIa, IIIb and IV, which are rare in humans (NEPSS, unpublished data).

Salmonella carried by reptiles can be transmitted either through handling a reptile, or indirectly by contact with an object contaminated by a reptile or its faeces.5 The droppings of free-roaming reptiles may result in widespread contamination of the home environment. The hands of younger children are readily contaminated, while infants may be indirectly infected via their parents or siblings. Ultimately, bacteria are transferred to the mouth and ingested. Hand washing may not eliminate the risk of infection. As the entire surface of a reptile may be contaminated, so may be the clothes and skin (beyond the hands) of the handler.9

Between nine and 19 human cases of S. Rubislaw were reported annually in Australia from 2000 to 2009 (NEPSS, unpublished data), predominantly from the northern tropical regions. Two-thirds of patients were aged less than 5 years (and most often less than 1 year), suggesting the importance of contact with environmental sources.

We suspect the Australian public may not be familiar with reptile-associated salmonellosis. In the US, public health authorities have advocated the prohibition of the sale or gifting of reptiles without written point-of-sale education being provided by pet-store owners.3 Australian states and territories vary in their regulation of reptile ownership. NSW pet stores are not permitted to buy or sell reptiles or even to have them on their premises, whereas commercial reptile dealing occurs in Victoria, SA, the Northern Territory and ACT.10 In the ACT, eastern bearded dragons are classified as Category A reptiles (licence exempt), under the Nature Conservation Act 1980, and can be kept by individuals without prior experience in keeping such animals. Within the ACT there is no compulsion for pet stores, breeders or reptile keepers to inform prospective reptile owners or members of the public of possible risks to human health associated with reptile ownership or contact. We recommend that owners and prospective owners of reptiles be better informed of the risks to human health, particularly the threat to children.

We are grateful for the assistance of the Microbiological Diagnostic Unit, University of Melbourne, for the serotyping of ACT isolates, and the ACT Government Analytical Laboratory for processing of ACT environmental isolates. We also thank Peter Robertson for supplying the image of the eastern bearded dragon. The OzFoodNet enhanced foodborne disease surveillance program is funded by the Australian Government Department of Health and Ageing.