The results of low bias randomised controlled trials over the past 6 years have suggested that the outcomes of arthroscopic partial meniscectomies in people with non‐obstructive degenerative medial meniscal tears are similar to those of sham surgery1 or structured rehabilitation.2 Further, older randomised trials found that arthroscopic lavage and debridement is no more beneficial for patients with uncomplicated osteoarthritis than placebo treatments.3 As this evidence cast doubts upon the efficacy of arthroscopic meniscectomy for degenerative meniscal pathology, we investigated the 10‐year incidence of non‐reconstructive, non‐reparative arthroscopic knee procedures in Australia in people over 50 years of age.

Data on arthroscopic knee procedures for patients aged 50 years or more during July 2008 – June 2018 were extracted from Australian Institute of Health and Welfare procedures data cubes4 (Supporting Information). Reconstructive and reparative procedures, such as meniscal repair and anterior cruciate ligament reconstruction, were excluded. Incidence rates were calculated by dividing the number of arthroscopies by the number of people in Australia in the corresponding age and sex group. As the data were over‐dispersed, we applied negative binomial regression (in Stata 15). The study was approved by the Griffith University Human Research Ethics Committee (reference, 2019/134).

An earlier Australian study had found that arthroscopy rates did not change between 2000 and 2008.5 We did not examine the drivers of the change in national practice from 2011–12, but the first reports that outcomes of partial medial meniscectomy in degenerative non‐obstructive tears were not superior to non‐operative management were published in 2013.1 The reduction in arthroscopic procedure rates we found began shortly after the publication of these articles and of ensuing medical society position statements. Additionally, the popularity of meniscal repair has increased, perhaps because of reports of negative long term sequelae of meniscectomy and the cost‐effectiveness of meniscal repair when appropriate.6

The barriers to integrating new evidence into clinical practice are complex; the discrepancy between research findings and practice can take a decade to resolve. Factors such as confirmation bias may play a role; other barriers to not offering arthroscopic procedures to patients with knee osteoarthritis include pressure from patients, having few alternatives, meeting patient's expectations, and time pressure.7 Finally, the role of primary care is vital, with recent clinical guidelines8 recommending that middle‐aged patients with uncomplicated atraumatic knee pain should be managed by their general practitioners. 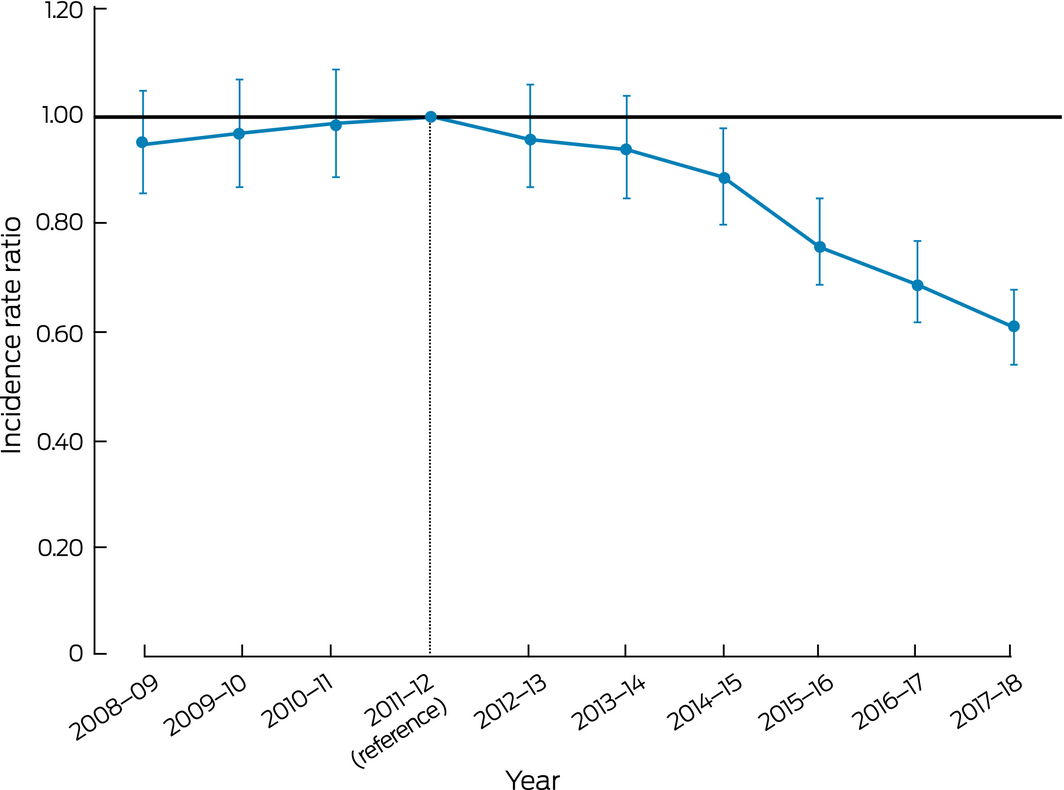