An unusual case of minor burns

To the Editor: A 40‐year‐old man with no past medical history presented to the emergency department complaining of a painful red rash across his back, which he noticed when he undressed at home after work.

On examination, the patient was systemically well with normal vital signs. He had a non‐blanching, band‐shaped erythematous rash across his upper back, with no associated vesicles, consistent with a first degree burn.

The patient worked as a field environmental engineer and was required to wear high visibility shirts throughout his working day. It was noticed that the band‐shaped rash coincided with the upper high visibility band on his work shirt (Box). The patient also reported that the high visibility tape on his shirt often becomes extremely hot when he works out in the sun, and he occasionally has to change position so the shirt does not touch his skin in that area.

The rash was managed as a first degree burn, with emollient aloe vera cream and simple analgesia.

Retroreflective tape is used on work clothing to increase the wearer's visibility to others, especially in the dark. It usually consists of minute glass beads or prismatic elements encapsulated in a transparent film, which reflect light back towards its source. Safety warnings mention cases of increased heat build‐up around shoulders, neck and ears, but no cases have been published in the medical literature. Skin abrasions have also been described when aged tape cracked and frayed was brushed against the forehead.1

The manufacturers also warn about the tape risk to smoulder or melt when subjected to heat.

To the authors' knowledge, this is the first reported case of skin burns occurring secondary to overheating of retroreflective tape. Even though not life‐threatening, it caused discomfort to the patient for a few days.

Workplaces mandating clothes with retroreflective tape should ensure that garments with the tape in areas touching the skin are not worn in very hot and sunny conditions and consider using removable vests instead. Manufacturers should consider designing shirts that decrease direct contact between retroreflective tape and skin, potentially by increasing the number or thickness of cloth layers under it. 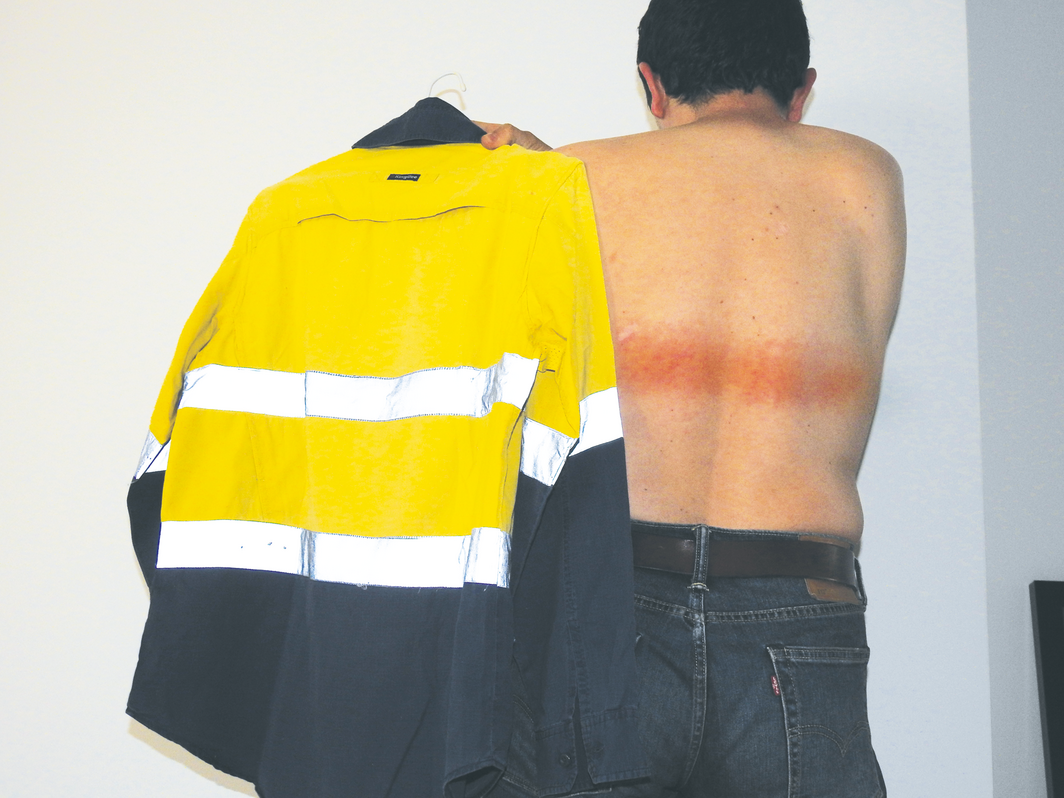