Bruce was born on 23 February 1951 and grew up in Dandenong, Victoria. In 1975, he graduated in medicine from Monash University, having also received a Bachelor of Medical Science in 1974. In 1979, after a series of country hospital posts, Bruce entered the Royal Australian College of General Practitioners’ Family Medicine Program and, in 1980, he joined Dr Allan McPhate in general practice in Warragul.

In 1987, Bruce returned to general practice in Moe and then in Warragul. His practice focused on counselling and treating the elderly, to which Bruce brought compassion, thoughtfulness and insight. In Warrugal, Bruce also assumed the medical directorship of West Gippsland Hospital, which witnessed significant changes under his leadership, attracting specialist colleagues.

Ever willing to extend the boundaries of his knowledge and experience, Bruce began training in psychiatry in 1996, while continuing in part-time general practice. In 2002, after completing formal training in psychogeriatrics, Bruce became Consultant Psychogeriatrician at Latrobe Regional Hospital, Traralgon, where he was subsequently appointed Director of Mental Health. As Associate Professor in Psychiatry at the Gippsland campus of Monash University, Bruce developed the psychiatry syllabus, taught undergraduate medical students and provided invaluable support for overseas-trained doctors seeking Fellowship in psychiatry.

A cerebrovascular accident in 2005 slowed Bruce down temporarily, but he soon returned to his academic and clinical work. In 2009, he moved to Melbourne to take up a position at the Peter James Centre. Bruce remained committed to caring for the elderly and improving regional psychiatric services and medical education; he continued to treat patients in Warragul, teach psychiatry at Monash University, Gippsland, and consult at the Memory Clinic, Drouin.

A man of many interests, Bruce played cricket competitively into his 40s. Golf became an obsession for Bruce in his early 50s, when he established a group that played each Saturday morning. Bruce also enjoyed food and wine, whether gourmet or basic, with his family and friends, and owned many cars.

Bruce and his wife Sue had three daughters — Amy, Ruth (both medical practitioners) and Claire (a teacher).

In early 2012, Bruce was diagnosed with mesothelioma. Following a short but brave battle, he passed away on 22 July 2012. Bruce was blessed with wisdom, dignity and humility. He will be sadly missed. 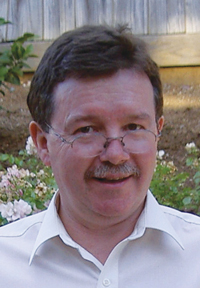