From 1 January 2011, our hospitals have a national 4-hour access target to meet: all triage category 1 patients — critically ill patients requiring immediate attention — are to be admitted within 4 hours of presentation to an emergency department (ED). Cameron and Cooke (→ Lessons from the 4-hour standard in England for Australia) point out that the UK Government has, almost simultaneously, announced that it will replace England’s 4-hour standard with measures of patient outcome and safety. They say the UK experience has shown the significant dangers in introducing a seductively simple solution, such as a rapid time-based target, to the problem of how to “empty” EDs.

The first national survey of job satisfaction for doctors in Australia has found that most who participated are moderately or very satisfied with their jobs, according to Joyce and colleagues (→ Australian doctors’ satisfaction with their work: results from the MABEL longitudinal survey of doctors). Key factors associated with high job satisfaction are: a good support network, patients who don’t have unrealistic expectations, and no difficulty in taking time off work. The findings come from MABEL (Medicine in Australia — Balancing Employment and Life), a longitudinal survey of Australian doctors in clinical practice.

In 2008, the MJA reported an episode of mass psychogenic illness occurring in Melbourne within weeks of commencement of the national human papillomavirus (HPV) vaccination program. In this issue of the MJA, Crawford and colleagues (→ Syncope and seizures following human papillomavirus vaccination: a retrospective case series) present the longer term incidence of syncope and seizures following HPV vaccination. Their research reminds us that syncope and syncopal seizures can occur following any painful stimulus, including vaccination; and that such events present an opportunity to identify an underlying disorder such as epilepsy or cardiogenic syncope.

On 11 June 2009, the World Health Organization declared the first influenza pandemic of the 21st century. The highest attack rates were in younger adults and children. Booy and colleagues (→ Cross-reacting antibodies against the pandemic (H1N1) 2009 influenza virus in older Australians) studied background pre-pandemic cross-reacting antibodies to this pandemic virus in Australian subjects aged 60 years or older, finding that most older people, especially those born before or a few years after the 1918-1919 influenza pandemic, had a pre-existing antibody reserve. They cautiously suggest that this could be a consequence of “original antigenic sin” — whereby the first infection with an influenza virus leaves a lifelong immunological imprint.

Defender of the calcium

A recent Position Statement on fracture prevention in aged care facilities published in the MJA opposed the general use of calcium supplementation on four separate grounds. Nordin (→ In defence of calcium) takes issue with all of these points, including the notion that calcium supplementation could increase the risk of myocardial infarction. Further, given the statement’s promotion of bisphosphonates, particularly the intravenous variety, he believes it runs the risk of being seen as commercially driven.

A sick child who’s not getting any better is a worry to us all. Williams and colleagues (→ First probable Australian cases of human infection with Rickettsia felis (cat-flea typhus)) recount the cases of several children and a couple of adults who experienced, variously, fever, abdominal pain, vomiting, diarrhoea, a rash and pitting oedema. Results on testing included leukopenia, thrombocytopenia and hyponatraemia. One child became so ill she required intensive supportive therapy. Care to guess what some little cats in the household may have brought in? 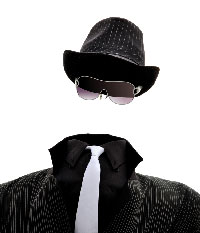 So says MacIntyre (→ Public health and health reform in Australia), who wonders about many things, at times, incredulously. Whether the success of public health over more than a century explains why it is now invisible. Whether the powers that be believe that “public health” and “primary care” represent one and the same thing. Or, whether they think “public health” means provision of acute health care in public hospitals and through Medicare. In any event, MacIntyre laments that there seems to be no general recognition of the fact that a skilled public health workforce is required for basic business continuity.

The prescribing and dispensing functions of doctors have been largely legally separated in Australia to prevent any potential conflict of interest. Parker and colleagues (→ Medical merchants: conflict of interest, office product sales and notifiable conduct) are concerned that, with the advent of integrative medicine, there has been an apparent growth of in-house selling of therapeutic products. They outline what they consider to be unacceptable and acceptable practice by doctors when it comes to direct therapeutic product sales. They also suggest that all doctors may have a professional obligation to report any doctors who aren’t doing the right thing.

Fleas on plague rats contain virulent plague bacilli, which, after the death of the rat, can convey the plague bacillus to man.