Victims of child sexual abuse (CSA) are at markedly increased risk of suicide and accidental fatal drug overdose, and CSA is a significant contributor to the burden of suicide in the community, say researchers from Victoria. Cutajar and colleagues linked the forensic medical records of 2759 children found to be victims of CSA between 1964 and 1995; coronial data spanning July 1991 to August 2008; and two public mental health databases. Eight suicides and 13 fatal accidental overdoses occurred in the CSA cohort, giving them a relative risk (compared with the general population) of 18 for suicide and 49 for accidental fatal overdose. Most were aged in their 30s at the time of death, and half had a known anxiety disorder (→ Suicide and fatal drug overdose in child sexual abuse victims: a historical cohort study). The study’s findings resonate with Kalucy, a psychiatrist of long standing, who encourages further thinking about what might foster resilience in CSA victims, as well as a massive public health response to this major cause of psychological harm (→ Identifying the pathways to suicide in child sexual abuse victims).

If you thought Homer Simpson was the only one extolling the health benefits of beer, think again. Miller and colleagues believe that many Australians are being lulled into a false sense of security by the availability of “low-carbohydrate” beers. In a letter “The growing popularity of “low-carb” beers: good marketing or community health risk?”, they present the cold, hard nutritional facts about a number of popular beers. The verdict? Low-alcohol beer is a better way to go if you want to cut down on kilojoules and avoid the short- and long-term repercussions of excessive drinking.

Thanks to the Australian Diabetes, Obesity and Lifestyle study (AusDiab), there is now a simple, non-invasive diabetes risk prediction tool for use in Australian populations. You may have been using the Australian Type 2 Diabetes Risk Assessment Tool (AUSDRISK) in your practice. In “AUSDRISK: an Australian Type 2 Diabetes Risk Assessment Tool based on demographic, lifestyle and simple anthropometric measures”, Chen and colleagues present the data and the statistical model from which it is derived.

If the experience of the University of Adelaide is generalisable, medical schools may need to work with the secondary education sector to encourage a diversity of applicants, say Laurence and colleagues (→ Applicant characteristics and their influence on success: results from an analysis of applicants to the University of Adelaide Medical School, 2004-2007). A look back at four successive cohorts of applicants did identify certain characteristics that predicted the offer of a place, but these were considered to reflect the type of applicant the course structure attracts rather than any inherent bias in the selection process. Once entered, medical school is notoriously stressful. Support systems exist in every educational institution but, as shown by Hillis and colleagues’ survey of 1328 medical students from five universities in Australia and New Zealand, some students do not know about them or are concerned about the stigma of accessing them. Routine inclusion of self-care strategies in medical curricula may be one way of reaching distressed students who do not seek help (→ Painting the picture: Australasian medical student views on wellbeing teaching and support services). 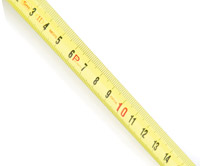 In Australia, it is estimated that 190 000 hospital admissions per year involve problems with medicines. Monitoring the safety of medication use, however, is far from easy: it’s impossible to monitor every prescription in every population and, even if we could do this, appropriateness can be difficult to judge. With these and other problems in mind, the NSW Therapeutic Advisory Group has collaborated with the Clinical Excellence Commission to develop 30 reliable and measurable indicators that can be used at virtually any level of health care delivery. Lowinger and colleagues point the way to their use on “Improving use of medicines with clinician-led use of validated clinical indicators”. Elsewhere in this issue, the case presented by Chalasani and Quresh exemplifies the constant dilemma of balancing medication risks and benefits: would you have prescribed warfarin for this elderly man with atrial fibrillation and neovascular age-related macular degeneration?i (→ Anticoagulation and intraocular haemorrhage in age-related macular degeneration: a probable link?)

“In the absence of adequate funding to maintain basic services, performance-based funding has prompted hospital data fraud in Victoria and NSW.” Strong words, but Nocera’s examples read like a screenplay for the television series, “Yes, Minister”, including ghost wards, fictitious waiting lists and rubbery figures. A change in hospital management culture and a uniform national approach are some of the suggested solutions. Adequate funding would not go astray, either (→ Performance-based hospital funding: a reform tool or an incentive for fraud?).