Drowning a decade on

Despite the sobering reports each summer of drownings in swimming pools, at beaches and in swollen rivers, water safety is one of Australia’s public health success stories. Drowning rates have been steadily decreasing since national data first became available in the 1920s, a trend which is shown by Franklin et al to be continuing. Analysis of data from the National Coroners Information System from 1 July 2002 to 30 June 2007 revealed an average of 290 drowning deaths each year, down from 376 each year in the same period a decade earlier. The current Australian Water Safety Strategy, published in 2008, advocates that unintentional drowning deaths can be halved by the year 2020. According to the authors this goal might just be achievable, particularly if we work on some under-explored avenues for prevention, such as drowning in rivers, among people from overseas, and in older people (→ Reducing drowning deaths: the continued challenge of immersion fatalities in Australia).

A new Practice Incentives Program, aimed at improving the care of Aboriginal and Torres Strait Islander people with chronic disease, starts in May 2010. It’s an ambitious initiative that is funded for $28 million over 4 years, and includes a payment to eligible general practices for each Indigenous patient with a chronic disease who “signs up” for treatment. Any new health policy will have its nay-sayers, but a word of caution from the National Aboriginal Community Controlled Health Organisation (considered the peak body for Indigenous health) about whether this considerable funding will reach those who most need it should ring alarm bells (Couzos and Delaney Thiele, “The new “Indigenous health” incentive payment: issues and challenges”).

Ageing in a foreign land 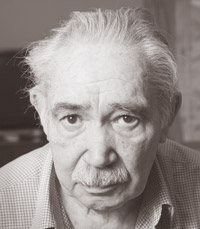 Sydney’s inner western suburbs are celebrated for their vibrant Italian community, many of whose members are men who migrated to Australia in the 1950s and 60s. According to Stanaway and colleagues, however, too many of these men are facing depression as they age. The baseline survey for the Concord Health and Ageing in Men Project (CHAMP) included 335 Italian-born and 849 Australian-born men aged 70 years and over. The Italian-born men were almost twice as likely as their Australian-born counterparts to report depressive symptoms (18% v 10%), a difference that was largely explained by socioeconomic factors such as increased reliance on the aged pension, and lower satisfaction with social support (→ Depressive symptoms in older male Italian immigrants in Australia: the Concord Health and Ageing in Men Project).

With an estimated 60 000 Australians suffering from Parkinson disease, recent advances in molecular biology suggest this multisystem neurodegenerative disorder has a largely genetic basis, say Hayes and colleagues in an informative Clinical Update. While there are a number of effective symptomatic treatments, none have yet been convincingly shown to slow disease progression. Importantly, however, effective treatment need not be delayed, as there is no evidence for the once-held belief that dopaminergic therapy will be effective for only a limited time (→ Current concepts in the management of Parkinson disease).

As we all launch ourselves reluctantly into the working year, this issue’s Letters section is strictly back to business. Along with several interesting clinical cases (→ Regressing metastatic melanoma and vitiligo-like depigmentation in an Indigenous Australian) and yet another report of hepatotoxicity from a “natural” product (→ Hydroxycut hepatotoxicity), you’ll find some robust responses to a recent editorial on the role of vertebroplasty in painful osteoporotic spinal fractures (→ Vertebroplasty appears no better than placebo for painful osteoporotic spinal fractures, and has potential to cause harm), a message from the Royal Australasian College of Surgeons about expanding surgical training into the private sector (→ The private hospital: a potential surgical training ground), and a resounding endorsement of our Editor’s latest sideswipe at hospital bureaucracy (→ Our public health system: an accident waiting to happen?).

How can we sing the Lord’s song in a foreign land?