Welcome to the first MJA issue of 2010! Producing a fortnightly journal, like practising medicine, is nothing if not relentless, but we hope that as the year marches on, the Journal can remain relevant, informative, innovative and challenging. To give you a foretaste of things to come, this issue contains articles on health care and health policy, public and Indigenous health and, of course, some clinical gems.

The other heart failure 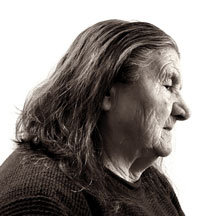 In “Caveat anicula! Beware of quiet little old ladies”, Wong and colleagues’ findings remind us that not all patients with heart failure have left ventricular systolic dysfunction. While this has been known for some time (and the management and outcomes of heart failure with and without ventricular dysfunction have been widely studied and debated), several of the study’s findings are of note. One in four patients with heart failure who underwent echocardiography at Royal Adelaide Hospital in the decade to mid 2004 had heart failure with preserved systolic function (HFPSF). They tended to be elderly women with poor social support (the source of the article’s unusual caveat) and were more likely than other patients with heart failure to be readmitted for non-cardiac comorbidities, although survival rates for the groups with and without preserved systolic function were similar. According to MacDonald’s accompanying editorial, there is not a strong evidence base for management of HFPSF,and treatment should be aimed at controlling associated conditions such as hypertension and fluid retention. (→ Heart failure with preserved ejection fraction — coming to terms with an oxymoron)

As our understanding of high-functioning pervasive developmental disorders (PDDs) such as Asperger’s disorder increases, it is likely that adults who have or have not been diagnosed in childhood will come to your attention. In “High-functioning pervasive developmental disorders in adults”, Abrahamson and colleagues discuss the key features of PDDs and provide an overview of management in adults.

A relatively new area of medical endeavour is the developmental origins of health and disease which, according to Sayers and Singh, is such a hot topic that it has recently had an entire new medical journal devoted to it (→ Lifelong consequences of poor fetal growth). The concept is especially relevant to Indigenous Australians, in whom developmental setbacks such as low birthweight can confer lifelong adverse health legacies. In “Birthweight and natural deaths in a remote Australian Aboriginal community”, Hoy and Nicol observe that, among Aboriginal people born in a remote community between 1956 and 1985 and followed to 2006, those who had been born below their group birthweight medians were at increased risk of death in infancy and childhood, and even more so as young adults. A likely mechanism, say Sayers and Singh, is that the adaptive physiological responses that are useful in a poor intrauterine environment become detrimental later, when ample nutrition is available. Preventing low birthweight, providing better care and monitoring of those at risk of early mortality, and increasing our understanding of the best way for low birthweight infants to “catch up” will hold the key to minimising the long-term effect of this problem.

There is no clear benefit from using a single dose of azithromycin for the treatment of acute otitis media (AOM) in Aboriginal children in rural and remote communities, compared with the standard treatment. Postulating that the one-off supervised antibiotic dose might improve clinical responses and lower the rates of nasal carriage of pathogens, Morris and colleagues randomly allocated 320 children with AOM to receive either a single dose of oral azithromycin (30 mg/kg) or amoxycillin (50 mg/kg/day for 7 days), adding a placebo of the non-allocated treatment for each group. Clinical failure rates were high and similar in each group (50% for single-dose azithromycin and 54% for amoxycillin), although azithromycin did reduce nasal carriage of OM pathogens. (→ Single-dose azithromycin versus seven days of amoxycillin in the treatment of acute otitis media in Aboriginal children (AATAAC): a double blind, randomised controlled trial)

Neurology in your dreams

On a nightmare evening shift in the crowded emergency department of a bulging hospital, a patient presents with significant, but not grave, neurological symptoms and signs. Should you admit her for urgent imaging and a neurological consult, or send her home knowing that there is a long waiting time for public outpatient attention? In the world of Ahmed and colleagues, there is a third option: the rapid access neurology clinic, in which patient referrals are reviewed by a neurologist and fast-tracked when necessary, and all patients receive an appointment within 5 working days. (→ A new model for neurology care in the emergency department)

History is a relentless master. It has no present, only the past rushing into the future. To try to hold fast is to be swept aside.