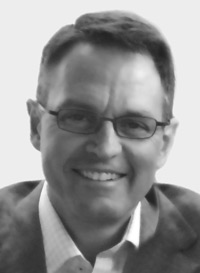 Alan Ferrier was born in Lismore, New South Wales, on 23 July 1954. As a child he suffered from severe asthma, and on medical advice his family moved to Sydney for a better climate. He attended Knox Grammar School, where he achieved distinction academically and at cricket.

After graduating from the University of Sydney in 1978, Alan undertook specialist training in obstetrics and gynaecology at the Royal North Shore Hospital in Sydney. From 1986, he spent several years in North America training in gynaecological oncology at institutions such as the Memorial Sloan–Kettering Cancer Center in New York and the University of Toronto in Canada.

Returning to Sydney in 1991, Alan was appointed Senior Lecturer in Obstetrics and Gynaecology at the University of Sydney. He was largely responsible for establishing the gynaecological oncology service for the Northern Metropolitan Region of Sydney.

Alan soon earned a reputation as a cancer surgeon of exceptional ability. Despite an extraordinarily heavy surgical workload, he continued to enjoy practising obstetrics, which he felt brought a happy balance to his professional life. He mastered new laparoscopic techniques and was one of the first surgeons in Australia to apply them in oncology. He became an expert at radical trachelectomy with laparoscopic lymphadenectomy. Many of his specialist colleagues benefited from his advice and help with difficult cases. This assistance was given without hesitation and was often life-saving.

Alan loved to teach and shared his knowledge and techniques generously. He had numerous research articles, book chapters and other publications to his credit and was involved in a broad range of research projects at the time of his death.

He was an examiner for many years, a convenor of several postgraduate courses, and a member of various committees, including Chairman of the NSW Committee of the Royal Australian College of Obstetricians and Gynaecologists.

Alan was absolutely devoted to his family. He strove to achieve excellence in all that he did personally and professionally. He was renowned for his urbane demeanour and sartorial elegance.

Because of his asthma, he was also committed to keeping fit. Despite this, he died in his sleep of a cardiac arrhythmia on 23 December 2007, aged 53 years.

Alan is farewelled as one who honoured his family and practised medicine with enormous skill and compassion. He is survived by his wife Sarah and daughters Katherine and Charlotte.