In October 2000, a 10-year-old Aboriginal boy from the Darwin region of the Northern Territory was referred to hospital with a 24-hour history of abdominal pain, initially generalised, but then localising to the right iliac fossa. The pain was accompanied by occasional vomiting, but no fever or diarrhoea was noted. At laparotomy, a gangrenous, unruptured appendix was removed. Postoperatively, the patient made a good recovery. Neither he nor any family members had travelled outside the Northern Territory.

E. histolytica is a protozoan parasite of humans that causes infectious colitis and amoebic liver abscess. It has recently been recognised that invasive disease is caused exclusively by the species E. histolytica, while the morphologically identical species E. dispar exists in the colonic lumen as a harmless saprophyte.1

Patients with invasive amoebiasis living in Australia and other developed countries generally acquire the infection outside their country in a region where the pathogenic species is known to be endemic. While cases of amoebiasis in Australians who have not travelled overseas have been reported,2-6 all except one pre-date the recognition of pathogenic and non-pathogenic species, and in none was the primary source identified.

Isolated appendicitis due to E. histolytica is a rare condition. Even in regions where the organism is endemic, it causes less than 1% of cases of appendicitis.7

The diagnostic method of choice for amoebic colitis is testing for parasite antigen in stools.1 In this case, for the first time, the species-specific antibody normally used in the stool antigen test was adapted for immunohistochemistry and confirmed E. histolytica infection. Possible alternative methods for confirming the diagnosis include the polymerase chain reaction (PCR) or detection of E. histolytica-specific antibodies or parasite antigen in patient serum.1 However, PCR is not readily available outside research laboratories. The sensitivity of the E. histolytica antibody test in intestinal disease is 52%, a likely explanation for the negative serological test.

It is curious that no outbreaks of the readily identified and much more common manifestations of this infection, namely amoebic colitis and amoebic liver abscess, have been recently reported in northern Australia.

The potential public health significance of a case of proven autochthonous infection in an Australian population is reinforced by its high transmissibility in settings where hygiene may be suboptimal.8 Furthermore, there is a well documented possibility of prolonged latency between infection and the development of invasive disease.1 Both these factors support the merit of selective screening and appropriate treatment of at-risk contacts if invasive disease is detected. The use of new diagnostic techniques, such as the adapted staining method we used, will enable a more accurate determination of the endemicity of E. histolytica in Australia.

Entamoeba histolytica in an inflamed appendix 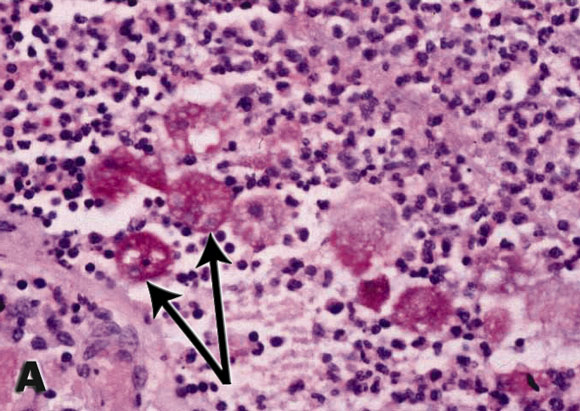 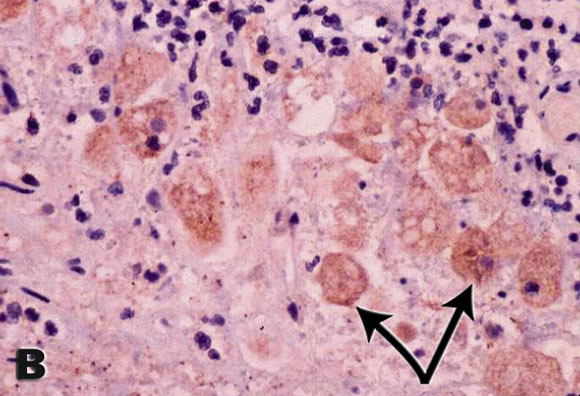