Garlic as a vampire deterrent: fact or fiction?

The years 2020–2021 have bordered on apocalyptic — environmentally, politically and medically. At such times, the world is at a heightened risk of a “vampiregeddon”, with recent attacks reported both in high1,2 and low income countries.3 Apart from the direct impact on victims, attacks can have a flow‐on effect on health systems and economic productivity; for example, with reductions in voluntary blood donations and reduced tourism.3 To minimise the public health impact of attacks, we believe it is timely to review the available interventions to deter vampires. In this article, we focus on the efficacy of one traditional preventive intervention: garlic (Box 1).

The historical association between garlic and vampire behaviour

The most famous vampire, Bram Stoker’s Dracula, had a clear aversion to garlic, as recorded in 1897 in the Romanian city of Bistritz.4 There, Johnathan Harker was given garlic for protection when travelling to Dracula’s castle. Later, the Dutch vampire hunter Professor Van Helsing (Box 2) uses garlic flowers to protect Lucy Westenra by decking her room with them, rubbing them all around the window sashes, the door and the fireplace, and fixing her with a “wreath of garlic round her neck”.4 Dracula nevertheless manages to bite Lucy and transform her into a vampire, necessitating her vanquishing by wooden stake and having her mouth filled with garlic. It is said that Dracula’s aversion to garlic was because it “so afflicts him that he has no power”.4

Much of the source material used to inform these practices was gleaned from meticulous recording of local folklore,5 with origins in the middle ages — long before the discovery of New World vampire bats (ie, Desmodus and other genera). However, there are uncanny parallels in that the indigenous peoples of tropical America had similar techniques for protecting themselves against bites. There was widespread use of “bat‐banes, various aromatic herbs hung in houses and around one’s neck”,6 which also amazingly included garlic.6 Unlike the situation for Dracula, there is no suggestion that these chemical repellents caused a loss of power in the foraging vampire bats, but they were certainly effective at keeping them at bay in the same way that garlic would keep European vampires away.

In both fact and fiction then, the main effect of garlic would appear to be as a repellent, leading us to consider the bioactive compounds in garlic and the possible physiological mechanisms that could produce such an outcome following inhalation or ingestion. These mechanisms include a reduced ability for vampires to rapidly feed from victims with lowered blood pressure following garlic ingestion, and/or the exacerbation of symptoms in people with porphyria — misdiagnosed vampires! — resulting from the haemolytic effect of garlic. We also discuss the adverse side effects of garlic, possible drug interactions, and the public health actions required to protect the community.

Garlic, has many reported health benefits, including anticarcinogenic, antioxidant, antiglycaemic, anti‐atherosclerotic, antimicrobial and antihypertensive activities.7 These properties are attributable to the bioactive compounds found in garlic, including those responsible for malodorous volatiles.

Reduced ability to feed due to hypotensive effects of garlic

The reduced ability of vampires to feed from the victims who have ingested garlic may be linked to hypotensive effects. Speed in feeding is of the essence, in that the probability of discovery and being staked increases with feeding time. Therefore, even a small reduction in blood pressure would increase risk, and garlic supplements reduce both systolic (SBP) and diastolic blood pressure (DBP). A 2019 review found three meta‐analyses that reported that garlic was effective in reducing blood pressure in normotensive (SBP 5.1 mmHg and DBP 2.6 mmHg) and in hypertensive people (SBP 6.7–9.1 mmHg and DBP 3.8–6.1 mmHg).8 The doses of garlic in this review ranged from 12 mg/day to 3050 mg/day.8 Although an increase in feeding time of about 10% would not dramatically increase the chances of an individual vampire being discovered, interrupted and/or staked, over millennia, the cumulative effect of a small selective advantage could favour vampires feeding on non‐garlicky victims in order to complete their meals more rapidly.9

Porphyria refers to a group of disorders that results in impaired haemoglobin production, this can lead to anaemia as well as an accumulation of porphyrins in the skin. Porphyrins cause photosensitivity, and exposing skin to sunlight in affected individuals results in severe itching, scratching and, ultimately, disfiguring — not surprisingly causing affected individuals to avoid sunlight and reverse their day–night cycle. Coincidentally, the gums may be also affected and recede in a way that makes the teeth look longer.10 With such symptoms, it is possible that European vampire mythology was influenced by the rare but occasional occurrence of untreated individuals with porphyria,11 who would effectively look and behave like vampires. Such individuals could also have an aversion to garlic because10,12 ingestion has also been associated with haemolytic anaemia.12 Therefore, in individuals with porphyria, anaemia symptoms could theoretically be exacerbated by garlic, teaching such “vampires” by association to avoid garlic.

The malodourous volatiles from garlic are formulated following digestion and released in the breath as well as from the skin.13 The transport of these gases is accelerated by perspiration (a reaction to acute stress, like that of a vampire attack) and emitted from the skin 30 minutes after ingestion of 50–100 g of garlic (one to two bulbs of garlic), with the highest emissions from the neck, which is the main striking point of vampires.13 Emission of the gases from skin only lasts for 8 hours after ingestion, indicating that this treatment may need to be given three times daily. Importantly, the volatiles are insoluble in water and are released in sebum with sweat, which reduces their chance of being washed away by water (eg, if caught in the rain). Furthermore, given gases are emitted from the skin with sebum,13 this prophylactic mechanism may provide added protection in individuals with increased sebum productions such as adolescents and young adults, which is beneficial, as it protects the more fertile humans and ensures the continuity of our species. High doses of garlic provide optimal protection, reflecting the “go early, go hard” public health approach used successfully in the current coronavirus disease 2019 (COVID‐19) pandemic.14,15

Any population‐level preventive health intervention requires consideration of potential side effects, the most concerning of which would be the blood pressure‐lowering effect of garlic for the 75% of the population who do not have hypertension.16 However, this effect of garlic is more pronounced in hypertensive subjects,17 which reduces the risk of iatrogenic‐induced hypotension.

Adverse effects reported in garlic supplementation trials include mild gastrointestinal discomfort (abdominal discomfort, belching, flatulence, reflux, and upset stomach), hypersensitivity, headache, dry mouth, cough, hot flushes, mouth ulcers, and somnolence.18 Pungent body odour and garlic breath are widely reported side effects,18 but with community‐wide use of garlic, this side effect should go unnoticed. In pregnant and lactating women, the amniotic fluid and breast milk take on the odour of garlic,18 but this side effect could be advantageous in that it would help protect some of the more vulnerable members of the community. In individuals younger than 18 years, there have been no reports of significant side effects;19 and given a predilection for consuming garlic bread in this age group, no adverse effects would be anticipated in complying with garlic supplementation at a population level.

There is potential for garlic to interact with prescription medications.20 Despite concerns about warfarin and increased bleeding times, a systematic review reported no drug interactions with warfarin and garlic.20 Hypersensitivity is reported from garlic consumption,20 but the authors failed to consider the possibility that the subjects may in fact have been vampires.

Overall, garlic supplements appear to be safe and well tolerated. With minimal side effects, garlic administration at the population level could potentially provide protection from vampire attacks through the lowering of blood pressure (increasing feeding time) and by a vampire’s inborn or learned aversion to garlic and its volatiles. The requisite dose for such an intervention would be one to two cloves of garlic per day per person for lowering blood pressure, and one to two bulbs per day for the effective sweating of garlic volatiles from the skin.13 The authors would recommend aiming for the higher dose intervention because garlic odour produced at the community level would provide herd immunity against vampires, as well as protecting conscientious garlic objectors.

Could Australia provide enough garlic without relying on imports, which would likely become limited due to each country stockpiling their own garlic? Australian producers grow about 2812 tonnes of garlic per annum.21 For 25 million people, this provides an estimated supply of 2.15 g/week per person, which is less than one clove of garlic per week. It is estimated that the production of garlic would need to be increased at minimum sevenfold to allow at least daily consumption of one clove to achieve the desired blood pressure‐lowering effects. If public health measures include the malodorous emission of garlic from the skin, production will need to be increased up to 100‐fold. These values do not allow for home production, and it would be prudent to recommend that everyone starts growing garlic at home. As it takes 8 months from sowing to harvest, public health messaging for growing garlic should commence immediately.

While homeopaths may suggest that homeopathic preparations may alleviate the need to grow the requisite amounts of garlic, the lack of evidence from peer‐reviewed sources does not allow the authors to support the use of such an approach.

We believe we have summarised the available evidence for the efficacious use of garlic as a protective measure against vampires and conclude that both the science and historical evidence support the use of garlic as a public health intervention. Faced with ongoing environmental (biodiversity loss, climate change) and medical (COVID‐19 pandemic) disasters, populations globally are increasingly vulnerable to additional assaults on their wellbeing. Removing as many stressors as possible is good public health practice under such circumstances, if only to render the population more resilient to assaults on the public health by possible threats, such as vampires, over which we have little control. For these reasons, we recommend that all individuals increase their use of garlic as a preventive measure to minimise the risks of a “vampiregeddon” event. 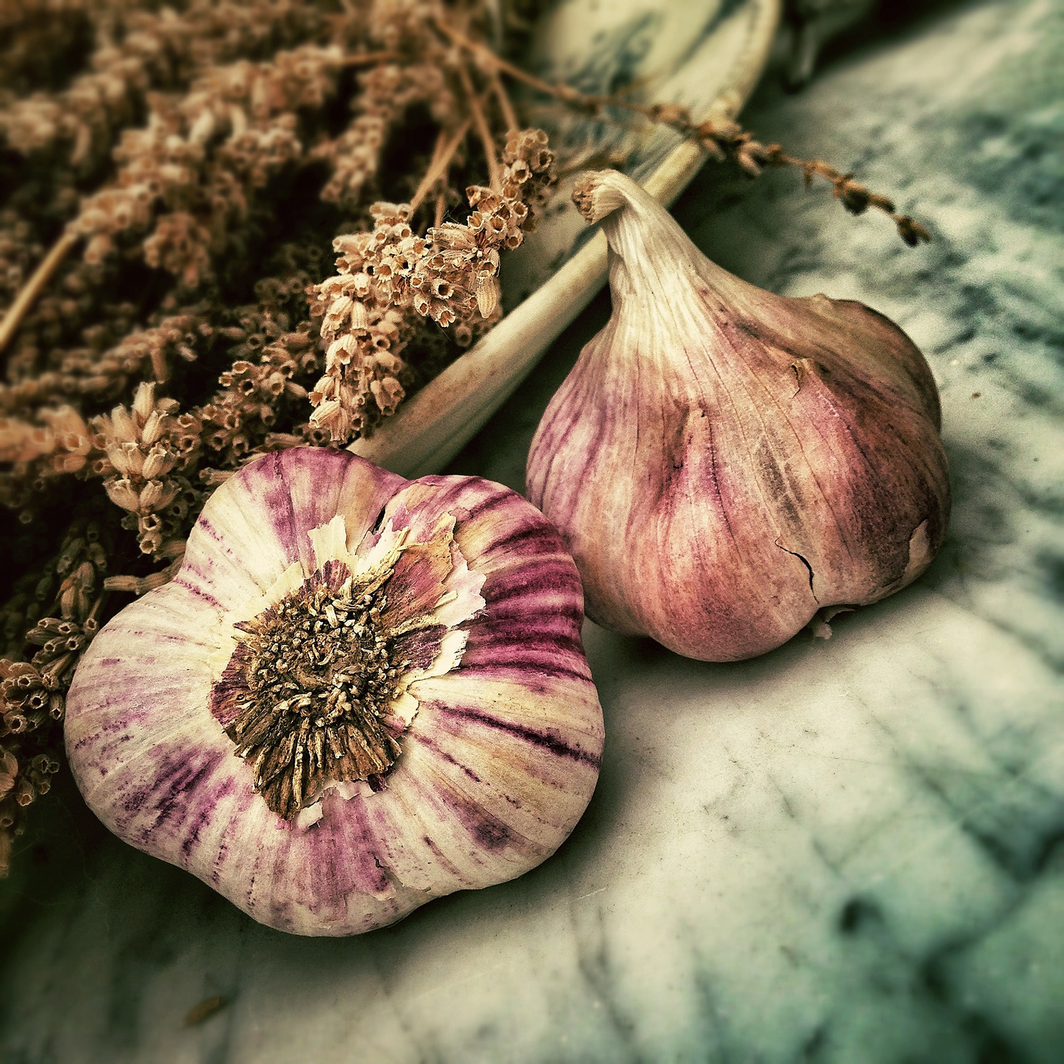 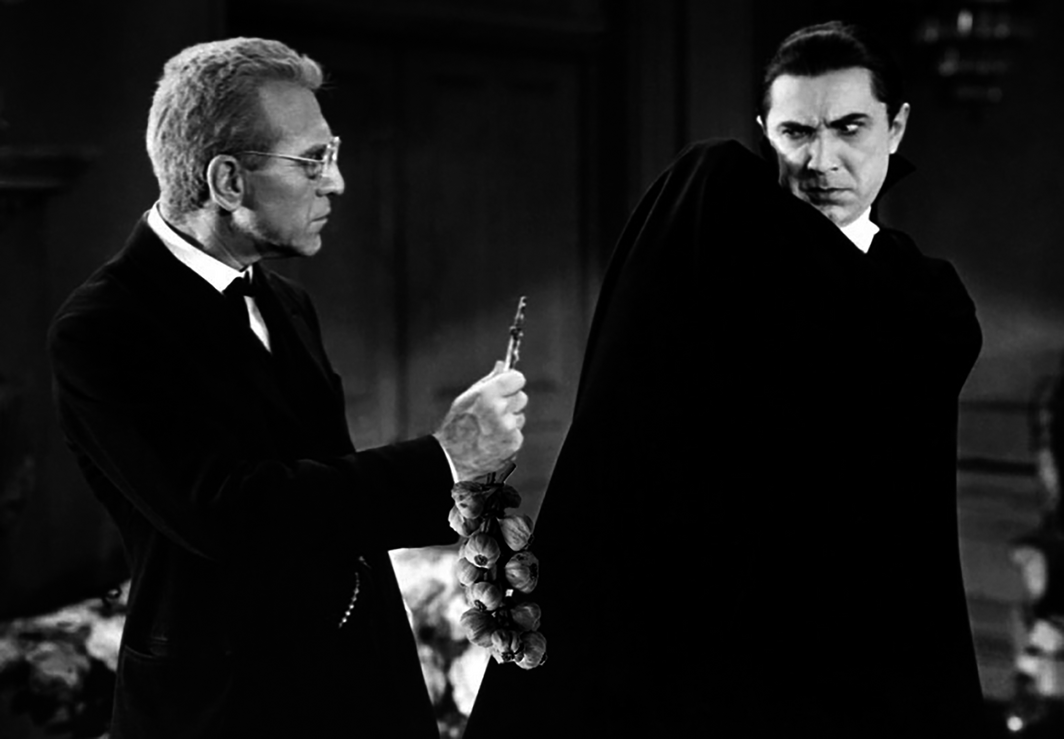