Potentially preventable hospitalisations (PPHs) comprise a nationally agreed set of 22 specific conditions selected through precise rationale.3 Hospitalisation for any one of those diagnoses is potentially prevented through effective community‐based primary health care.3 Total PPHs reflect a holistic system‐level indicator calculated by combining hospital admissions for all 22 agreed conditions from routinely collected data. As national coding requirements ensure consistency across jurisdictions, age‐standardised PPH rates per 100 000 people permit comparisons over time and place. While it is tempting to focus on one or several individual conditions, it is the total age‐standardised PPH rate that best reflects the integrated functioning of primary health care in that location.4

We accessed 2017–2018 age‐standardised total PPH rates for all 331 Statistical Areas Level 3 (SA3).5 As geographical footprints, SA3s provide a regional breakdown of Australia. Each SA3 has a population between 30 000 and 130 000 people and often closely aligns with the local government area.6

Total PPH rates are inequitably distributed in Australia, with the highest rates clearly visible in SA3s in remote and very remote regions (Box 1). We note the national median PPH rate is 2742 per 100 000, but PPH rates by SA3 are highly skewed (Box 2). The ten SA3s demonstrating the worst PPH rates each feature rates more than double the national median. Indeed, the highest PPH rate (26 661 per 100 000 population in Barkly, Northern Territory) is more than 16 times the lowest (1662 per 100 000 population in Stonnington East, Victoria).

We then ranked PPH rates by deciles, noting the first decile comprises the 10% of SA3s across Australia with the best (lowest) PPH rates, while the tenth decile comprises the 10% with the worst (highest) rates. This distribution is also inequitable, exhibiting marked variation between states and territories (Box 3). Median PPH values for Queensland and the NT fall in the eighth and tenth worst deciles respectively (Box 3). Given that 75% of the SA3s in the Australian Capital Territory rank in the best two deciles for SA3s nationally, bureaucrats residing in the nation's capital may have limited awareness of the daily reality of system‐level health inequity elsewhere.

Unabated continuation of inequities in the performance of primary health care compromises the health and wellbeing of Australians living every day in these locations. High total PPH rates also place relentless pressure on hospitals already showing strain. In response, recapitalisation of comprehensive primary health care as the foundation of the Australian health care system requires serious, proportionate and long term resource reallocation within health budgets across Commonwealth, state and territory governments. A fair and functional frontline primary health care system was assumed as a viable platform for the nation's coronavirus disease 2019 (COVID‐19) response.7

PPH rates provide much‐needed insight into geographic health inequity and emphasise the importance of strategic focus. A meaningful national mandate to reduce the size of the gap in age‐standardised total PPH rates between the lowest and highest SA3 deciles should be implemented through the 10‐year Primary Health Care Plan. It is also important to identify mechanisms to shift skew and median values by jurisdiction towards the best attainable rate. In addition, an explicit goal could be set in every SA3 to deliver a specific time‐based trajectory for total PPH rates. These strategic imperatives are the Minister's to set. Health care reform requires political leadership. In the Plan, there should be arrangements for continuous public monitoring of significant quantitative improvement in total PPH rates. At the very least, substantial new funding for local rejuvenation of primary health care in all SA3s in the worst decile should be prioritised. If not, we fail Australians living in these locations yet again. 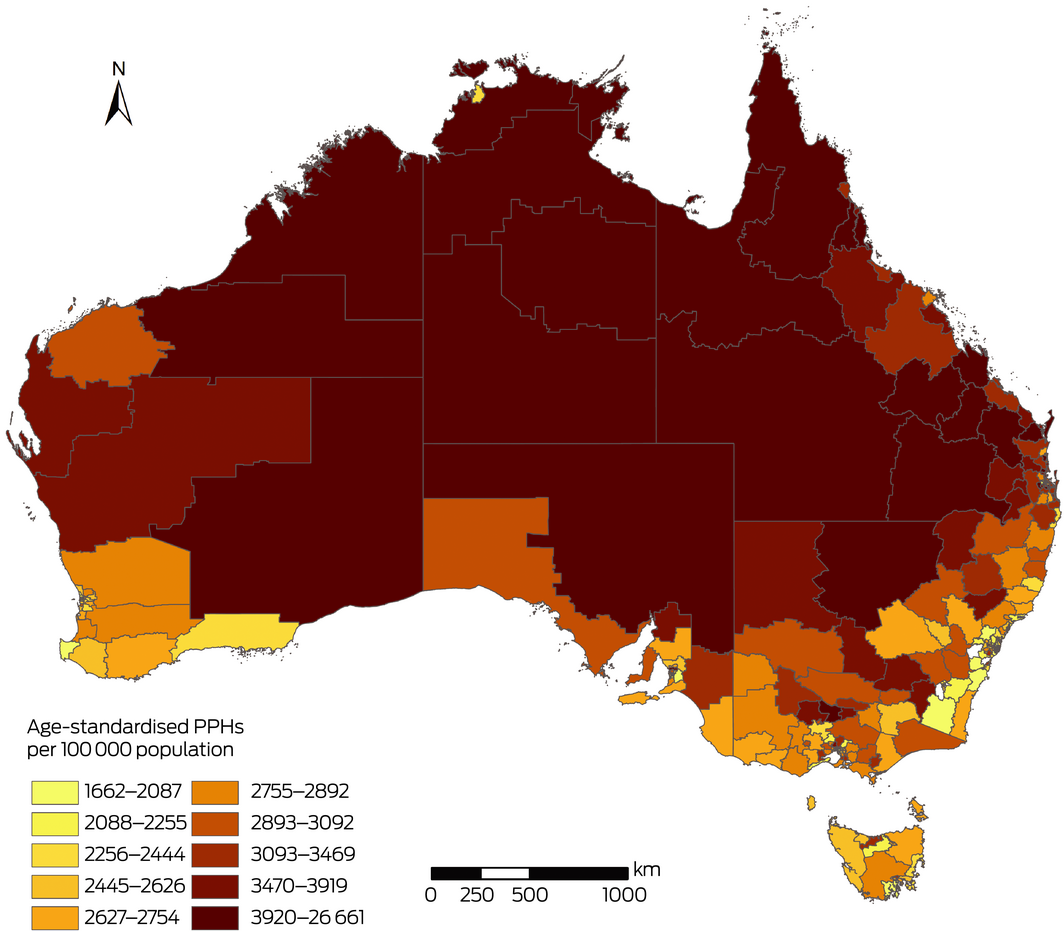 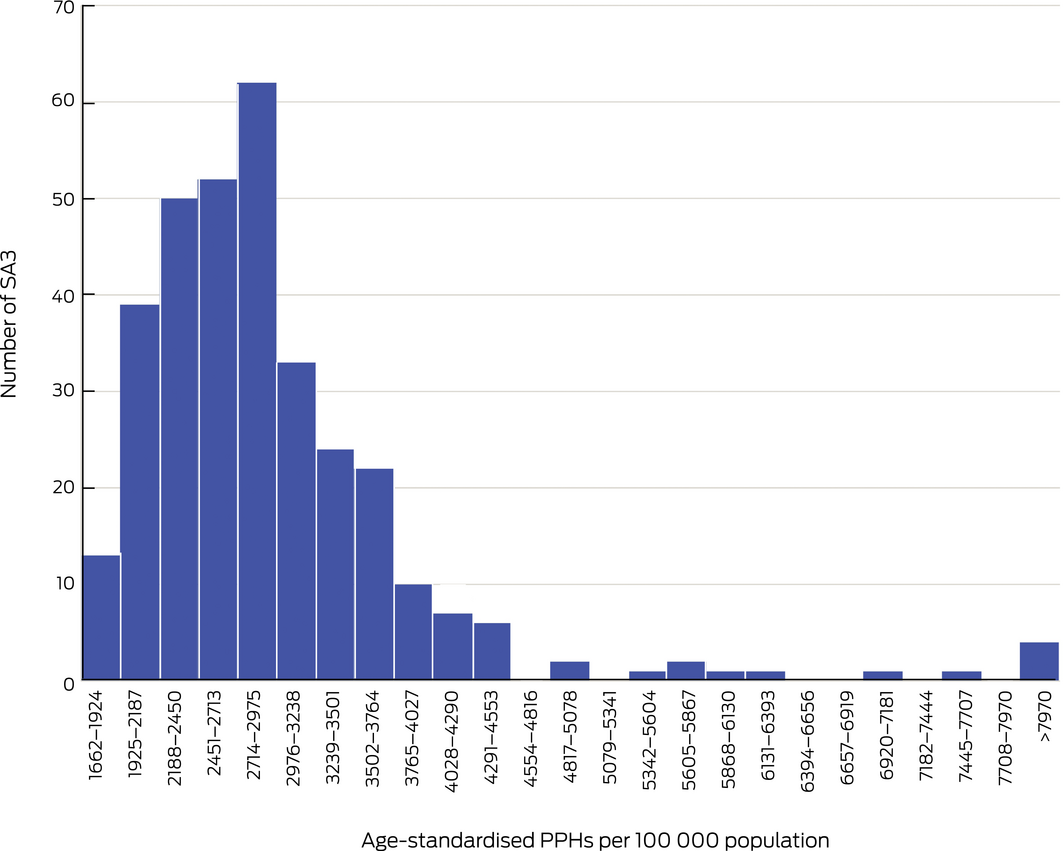