Efficacy of an enclosure for reducing aerosol exposure during patient intubation

Personal protective equipment (PPE) provided incomplete protection for health workers against the severe acute respiratory syndrome (SARS) coronavirus.1 Engineering controls are more effective than PPE for reducing the risk of exposure to occupational hazards,2 and protective enclosures have been proposed for use during medical airway procedures.3,4 While enclosures appear to effectively prevent droplet contamination, their ability to specifically protect workers from aerosols has not been quantitatively assessed. To investigate whether an enclosure reduces aerosol exposure during the intubation of patients, we constructed a tent by covering an aluminium bar with a 1200 mm × 1400 mm clear plastic drape (Linear Medical) (Box 1).

We simulated intubations using a resuscitation manikin (Laerdal Medical) at Pindara Private Hospital in April 2020. Each of the three authors performed 30 intubations (direct laryngoscopy), fifteen conventionally and fifteen with the head and upper torso of the manikin covered by the tent; the order of intubation method was randomised. Intubations were performed under the laminar flow vent in an operating theatre measured as having 29 air changes per hour. Nebulised saline was piped into the tracheostomy port of the manikin immediately before laryngoscopy and until the endotracheal tube was inserted. We measured aerosol levels outside the operator's respirator using the real time measurement mode of an AccuFIT9000 (AccuTec‐IHS), which measures respirable particles of size 0.02–1 μm. Readings were recorded on video and values for each one second interval transcribed by a blinded observer. We waited until the ambient aerosol count was consistently below 200 mL−1 before starting each test. Change in aerosol count during each procedure was calculated by subtracting a three‐second median baseline level measured before intubation from the median value during intubation. The duration of intubation and change in median aerosol count from baseline were assessed in Mann–Whitney U tests. Ethics approval was obtained from the Ramsay Health Care Queensland Human Research Ethics Committee (reference, 20/04).

Our findings suggest that our enclosure, which can be readily improvised, reduces the risk of high level aerosol exposure during intubation. The protection provided was not complete and appropriate PPE should still be worn. Although we experienced none of the difficulties reported for rigid enclosures,5 the method is a departure from conventional practice and should be first trialled under controlled conditions. 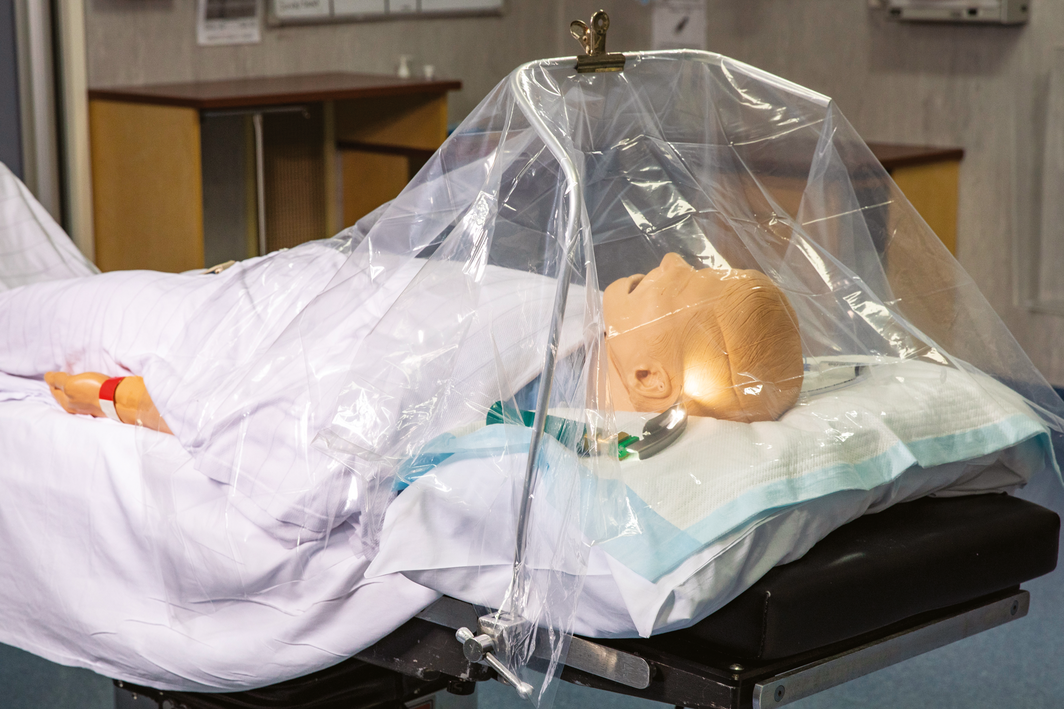 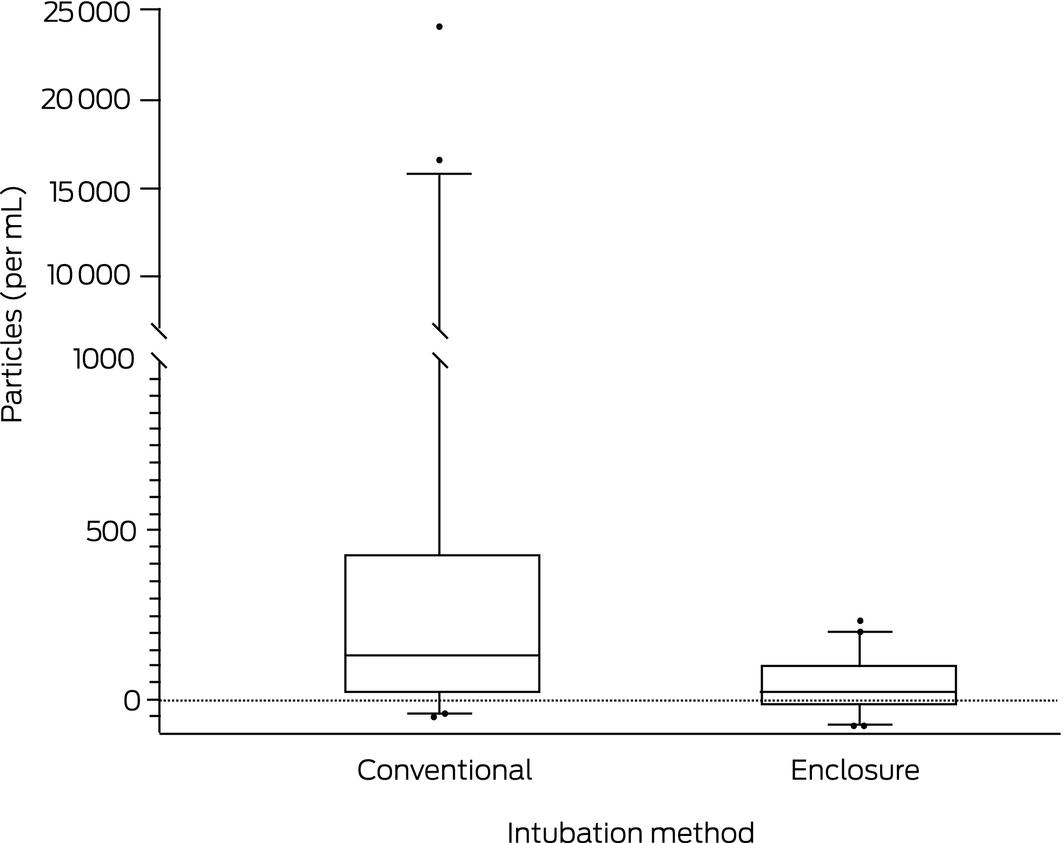 The box plots depict the median change in aerosol count measured at the operator's face during intubation and the 25th and 75th centile values; the whiskers indicate the 5th and 95th centile values, and the circles outlier values. The y axis has been broken at 1000 particles/mL because of the large range of values with the conventional method.