The prevalence of food allergy among Victorian children is rising.1 In Victoria, children with suspected food allergies can be on hospital outpatient clinic waiting lists for months before being assessed.2 This may lead families to consider alternative avenues, which can lead to poor allergy management and the need for emergency care. Increasing numbers of Victorian children are presenting to emergency departments,3 but we do not know whether the number visiting with food allergy is also rising.

The study was deemed exempt from the need for formal ethics approval by the Royal Children's Hospital Human Research Ethics Committee.

The number of children presenting to emergency departments with food allergy‐related problems increased from 2368 in 2005–06 to 4263 in 2014–15; the presentation rate increased from 18 to 29 per 10 000 population (Box 1). About half the children who presented with food allergy‐related problems were aged 0–4 years, the rate for this age group increasing from 38 to 55 per 10 000 population (Box 2). The proportion of presentations triaged as being more urgent (triage categories 1–3) also increased, from 51% to 63% (Box 1).

These data indicate that the demand for emergency services associated with food allergy‐related problems in children increased during 2005–15. The increase was particularly marked for children aged 0–4 years and for children and young people in the North‐West Melbourne and Southern Melbourne regions. While the reason for the increased burden is not clear — that is, whether the prevalence of allergy had increased (including because of a change in population composition), management plans had changed, or access to community services was reduced — the consequence is greater demand on emergency services across Melbourne. 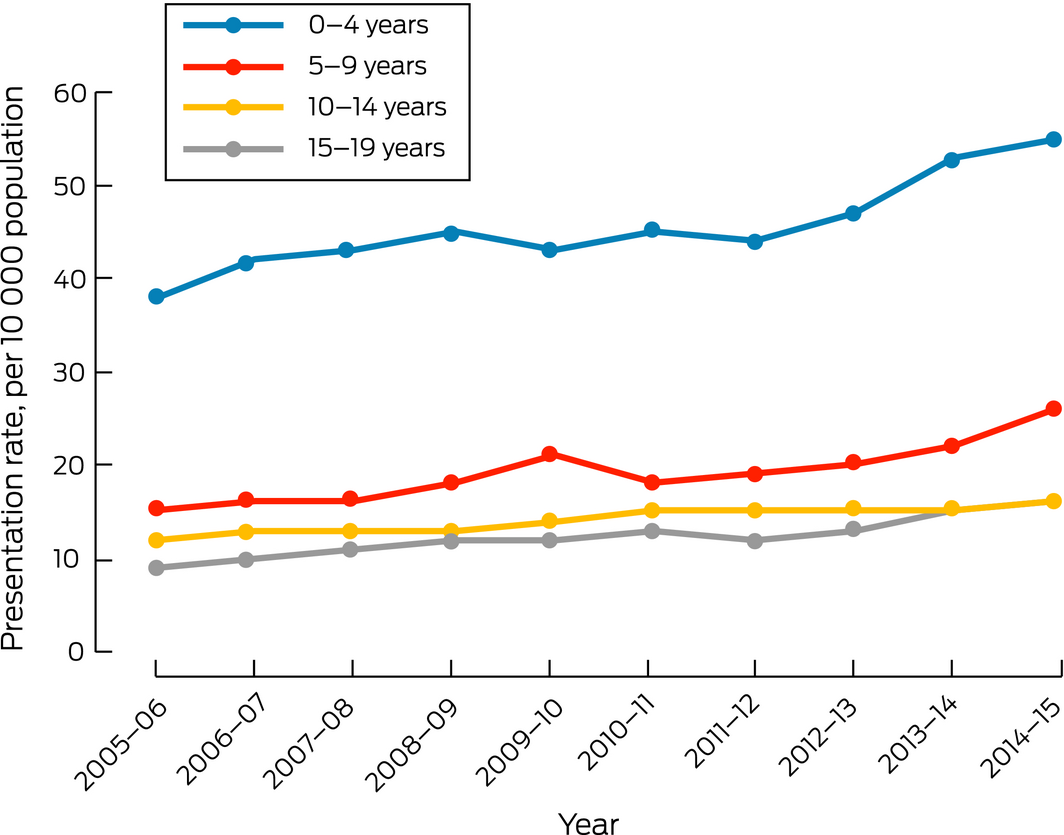 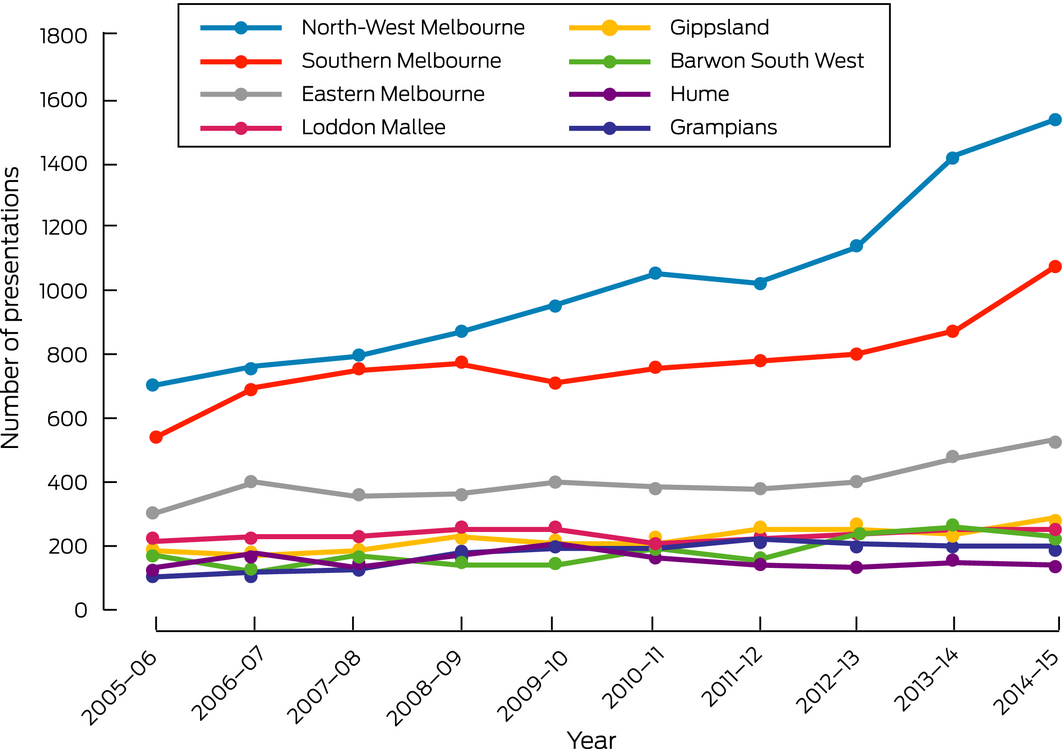