Objectives: To determine whether gendered symbols on patient call bells are restricted to our hospital or are examples of an international practice that perpetuates gender stereotypes and occupational segregation.

Conclusion: Female symbols on patient call bells are an international phenomenon. Only female or gender‐neutral images are used, indicating bias in their design, manufacture, and selection. Female symbols may reinforce gender stereotypes and contribute to occupational segregation and reduced equity of opportunity. We suggest alternative symbols. Individual action with coloured marker pens may provide a pragmatic short term, albeit provocative, solution. While call bell design has only a minor impact on patients, everyday bias affects all staff and society in general.

The known: Sexism persists in health care despite policies and procedures that require gender equality. Patient call bells in our hospital include female images, but gender‐specific symbols are unnecessary and inappropriate.

The new: Most call bells in our international sample bore female images. This is an example of widespread and probably unconscious bias.

The implications: Sexism is manifested both subtly and overtly in health care. Hospitals need to actively identify unconscious bias to achieve equitable workplaces.

“Are you the nurse?”; “Thanks sweetheart, when do I get to see the doctor?”; “Aren't you too pretty to be the doctor?” It is universally acknowledged that a woman working in health care is a nurse until proven otherwise, regardless of her qualifications, introductions, or attire.1 The flipside is also true: male nurses also experience overt and unconscious bias.2

We noted that the patient call bells in our hospital featured a female figure, likely to contribute to the “women are nurses, men are doctors” stereotype, and incited us to investigate further: was the sexist symbol on our call bells a local phenomenon or an example of international practice perpetuating gender stereotypes and occupational segregation?

Call bells are an integral feature of hospital wards: they are basic communication devices that allow patients to attract attention and summon assistance from their beds. They are usually answered by nursing and auxiliary staff, although allied professionals or even doctors occasionally answer the call. The call bells in our institution feature a dress‐wearing, impossibly proportioned, cap‐clad woman (Box 1). We had several concerns about this figure:

The call bell image was felt to be an outdated depiction of women at work that did not reflect the men and women on our medical and nursing staff. To examine the sexism of call bell symbols, quantification of the problem was required: is this a local or an international problem? The answer would be used to inform solutions.

We undertook a descriptive study of hospital equipment during 2018 using a pragmatic snowball design to collect data. International systematic sampling was not possible in the time available; we instead used personal and professional health care contacts to initiate data collection via text messages and WhatsApp and Facebook groups (Box 2). Contacts were requested to provide photos of the faces of hospital call bells on plain backgrounds without visible local identifying features or patient or staff information. The location of each device was requested (town/city and country); there were no geographic restrictions. No patient or personal data were collected.

Participants were anonymised by the receiving researcher when entering their data into the study database. All initial contacts were asked to forward the request to personal and professional contacts who might contribute further images (snowball effect). To ensure ease of participation and anonymity, connections between contributors were not tracked. About 30 initial contacts were made, with reminders sent at two weeks; a further 26 contacts were subsequently made. Data were collected over eight weeks.

Each call bell image was independently analysed by two researchers; non‐coherent or doubtful results were discussed by all three researchers, with a default decision of “gender‐neutral” unless its gender specificity was unanimously agreed. Symbols were analysed for:

We did not investigate symbol clothing and body shape. Workplace outfits differ between departments, individuals, and days of the week, and to thoroughly investigate them in the time available was not possible. The question of body shape was also outside the remit of the study, although the authors note the excellent work on the unlikely nature of Barbie's bodily proportions,3 similar to those of our call bell symbols.

We received 56 responses from 43 hospitals in eight countries across five continents (Box 3). We received two or more responses from ten hospitals (multiple participants at same site rather than multiple submissions by single participants); all responses were included in the study. Some institutions had different call bells on different wards, while others had the same call bell in different locations; each was included as a separate result. The concentration of responses from New Zealand, Australia, and the United Kingdom reflected the methodology and professional backgrounds of the researchers: all are currently based in New Zealand; one (LREC) trained in the UK, another (SM) studied in Australia.

We analysed 56 symbols (Box 4). Thirty‐seven symbols (66%) included classically female representations of nurses: 16 (29%) with female figures (for example, Box 5) and 21 (38%) with nursing cap symbols (Box 6). Nine symbols (15%) were gender‐neutral (Box 7), and ten symbols (18%) did not include a cap or person; these were predominantly button‐only devices, including one that looked considerably older than any of the others (Box 8). No call bells bore images of men.

It was not consistently possible to identify manufacturers from the data provided because of picture quality and subtle branding.

For the authors, this was a depressing but perhaps expected finding. The “doctors are male, nurses are female” stereotype remains the international status quo despite decades of change in the medical workforce; it is constantly reinforced, for example, by marathon records requiring that nurse runners wear skirts rather than medical scrubs,4 children's fancy dress of girls as nurses and boys as doctors,5 and the fact that in Google images a large majority of images for “doctor” are of men and almost all for “nurse” are of women. This bias undoubtedly contributes to the difficulties doctors who are women face at work — if they are not excluded from medical school6 — including more restricted career choices,7 lower pay,8,9 and sexual harassment that can influence career progression.10 The question therefore is not whether sexism exists in health care (despite those who still question it11), but does the choice of call bell symbol matter?

Classic female symbols are used on toilet doors and in other locations when there is a need to indicate separation of the sexes (and this is also not uncontroversial). But for patient call bells, there is no choice of responder, so that using a gendered image is not justifiable. Each time a call bell with a female image is used, an outdated stereotype is reinforced for the user. The limited research on call bells has focused on reducing their use rather than their design. But we estimate that if each of the more than 1200 beds in our hospital has a call bell, and that each call bell is used three times per day, sexist stereotypes are reinforced 3600 times a day and 1 314 000 times a year — in a single District Health Board serving 600 000 people. Multiplying this huge annual figure by the number of institutions serving much larger populations makes it clear that the imagery on call bells should be of major concern.

Sexist but conventional imagery is an example of bias: gender assumptions are made based on stereotypes or historical precedents that do not reflect modern opportunities or roles. Unconscious bias is increasingly acknowledged as a barrier to change and equity.12 The image of a male doctor with a female nurse is the classic sexist image in health care, but is reinforced by language, portraiture, and culture that perpetuate the message in both the health care and broader environments.13

Widespread misuse of sexist symbols on call bells will not be easy to resolve: supply, resources, and the will to change will all be required. The use of gendered imagery on so many different call bells suggests a lack of awareness, from designers to manufacturers to installers and even among users. Pushback justified by resource limitations, the cost of replacing thousands of units, is inevitable. The cost argument is understandable in a system with restricted financial means but also reflects the difficulty of making progress toward health care without gender bias. Corrective action is also likely to be hampered by a failure to recognise the problem and its effects in the hierarchic, male‐dominated culture of health care.14,15 Finally, the change to gender‐neutral call bells may take decades, given the durability of some units (Box 8).

Our findings indicate an international problem, but one without obvious solution in a resource‐limited environment. We therefore suggest that individuals wielding red marker pens may be the most straightforward, if risky, solution. The Red Crystal has been suggested as a culturally neutral replacement for the Red Cross and the Red Crescent (Box 9),16 so marking gendered call bells with a red crystal may be a subversive but effective and simple solution. We have yet to implement this solution, being conscious of charges of wilful damage. The green cross is a less well recognised alternative, but is not associated with armed conflict.

We considered the possibility of bias in our study. The text request for images referred to potentially sexist bias in symbols. The word “sexist” was included to encourage participants to provide data, but may also have skewed our results. In addition, we acknowledge that, as doctors who are both female and personally affected by and interested in this problem, our contact lists may tend to include people more likely to seek out and send evidence of sexism. The study design sought to resolve whether sexist symbols on call bells are a local or more widespread problem, but the design did not allow accurate quantification of the size of the problem.

Gender‐specific imagery on patient call bells is an international phenomenon and an example of everyday sexism in health care. Sexist symbols on call bells reveal bias in the design, manufacture, and supply of equipment. They reflect the depth of unconscious bias and a solution will require specific cultural changes. We suggest adopting the Red Cross, Red Crescent, Red Crystal or green cross symbols as a long term solution, while individual action with coloured marker pens may provide a pragmatic short term, albeit provocative solution. Call bells may be a very small part of health care, but they highlight a much bigger problem. 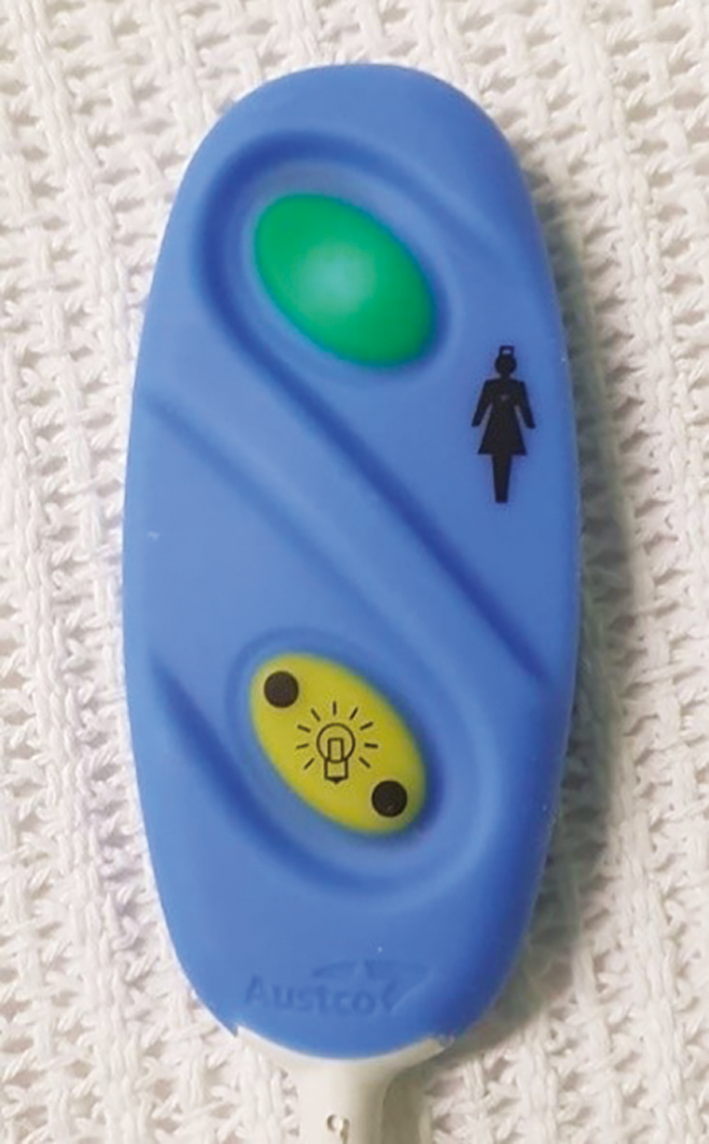 Doing some research into symbols with potential (sexist) bias in health care and would like your help. Please take a photo of the front and back of the patient call bell on your ward (against plain background) and send it to us together with the name of your hospital and country. Please pass this request to colleagues in other facilities for as many pictures as possible by mid‐May 2018. Please WhatsApp/text/iMessage to Dr SM on xxxxxxxxxx or Dr LC on xxxxxxxxxx. 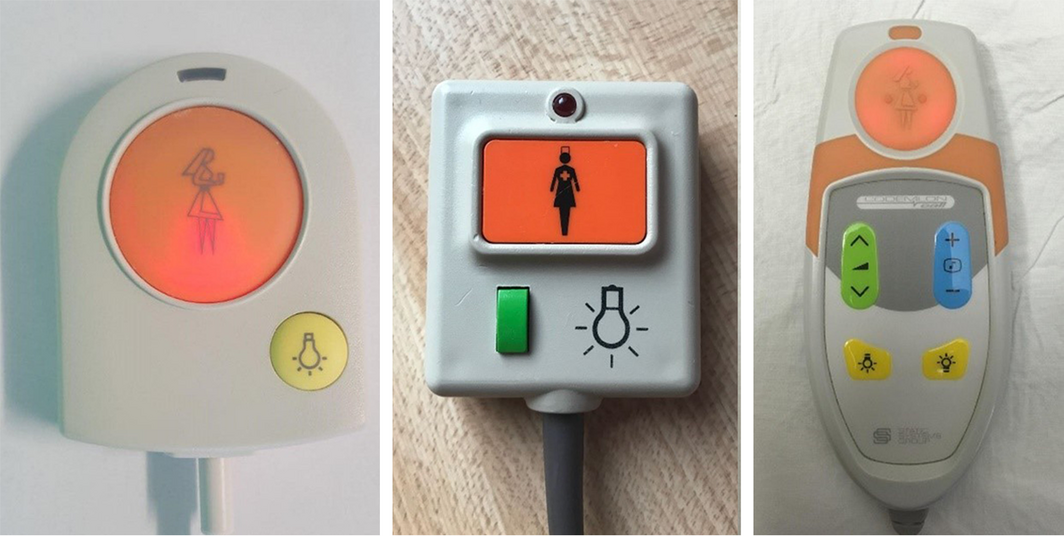 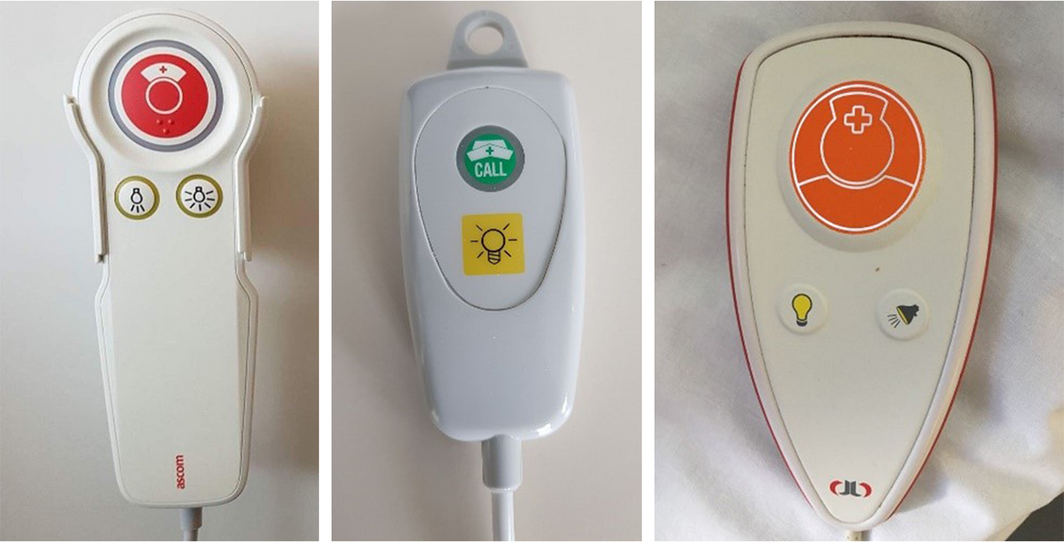 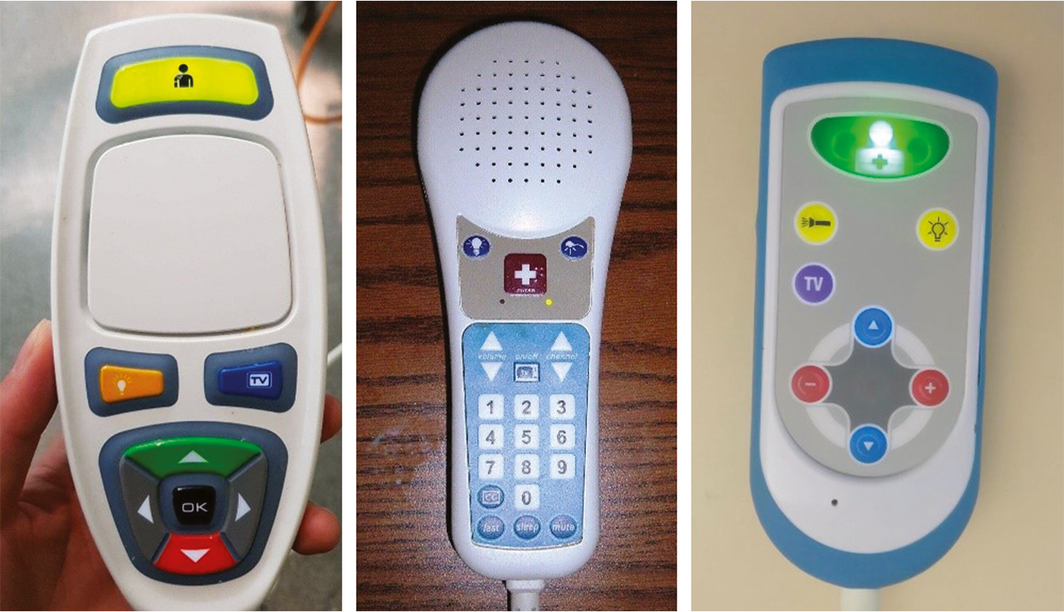