The communication gap between health professionals and Indigenous Australians has a significant impact on health outcomes.1-4 Limited health literacy is not confined to Indigenous people,5 but it is greatly magnified for speakers of Indigenous languages in comparison, for example, to non-English speaking migrants from countries where a scientific approach to medicine is practised and where these health concepts are already codified. The communication gap is most pronounced in remote areas where cultural and linguistic differences are greatest. The close interdependence of language and culture amplifies the gap, such that communication difficulties in these communities run deeper than language barriers alone.

An understanding of the Indigenous language landscape is critical to improving communication. In the 2011 Australian census, 60 550 people, or 11.8% of Indigenous respondents, claimed to speak an Indigenous language at home, and 17.5% claimed not to speak English well.10 More have difficulty with specialised language, with common terms such as infection, tumour, high blood pressure, stroke and bacteria often misunderstood. Native Indigenous language speakers communicate in over 100 different traditional languages and live primarily in the NT, the Kimberley region of Western Australia, northern South Australia and northern Queensland, including Torres Strait. None of these languages have more than 6000 speakers, and many are now reduced to a mere handful, yet each of these languages is a vast storehouse of knowledge built up over thousands of years. It can be daunting to enter a large English-speaking hospital if you communicate in a language spoken by so few people.

Speakers of some languages have shifted to dominant regional languages, such as Murrinh-Patha (Wadeye, NT), while others have shifted to a creole language, such as Kriol (the Kimberley region and the Barkly Tableland area of the NT and North West Queensland). Aboriginal people often speak distinctive varieties of Aboriginal English that differ from mainstream English. For most Aboriginal people in remote areas, their Aboriginal English is an inter-language variety, in the same way that Japanese speakers have their own distinctive accent and turn of phrase in English, which may be a challenge for medical personnel to understand.

Data might suggest that only a small proportion (less than 10%) of Indigenous adults under 60 years do not speak English well, and that communication issues would therefore not be significant (Box 1). However, while many speakers of Indigenous languages living in remote areas can engage with outsiders and converse in English about everyday matters, they often have a poor grasp of English when it comes to health communications and other specialised areas. In a study on comprehension of 30 common legal terms (assault, bail, guilty, warrant, etc),11 200 Yolŋu people (north-east Arnhem Land) were surveyed with over 95% unable to correctly identify the meaning of these terms (Box 2). A parallel health study has not been conducted, but it is likely that understanding of common specialised health terms would be no better. Personal experience supports this view. In 1990, I taught a short course in medical interpreting to a group of Yolŋu students. In teaching the difference between idiomatic and literal language, I introduced an example (“He chucked his guts up”) that I thought everyone would understand. The Yolŋu students interpreted this idiom literally, thinking he ripped out his intestines and threw them in the air. Even simple little things that might be said, such as “let’s keep an eye on it”, can be baffling, because these expressions are often taken literally.

Misinterpretations also arise from the interface of communication and culture, here derived from differences in worldview rather than linguistics. In the 1980s, I talked with Tjapaltjarri (skin name, now deceased), a senior Pintupi Aboriginal health worker, about the location of a relative’s house in Alice Springs. Tjapaltjarri referred to various landmarks such as trees and rocks. I asked him about prominent street names including Bloomfield Street. We conversed with full understanding, but I could not follow Tjapaltjarri’s directions. I never paid attention to these landmarks, he never noticed street names. This was not a linguistic issue. It was literally a matter of different worldview. Extrapolate from this example to appreciate the difficulties first language speakers of Aboriginal languages might have in following medical explanations, even when they seemingly speak good English.

These communication gaps are confirmed in health settings. A study of Yolŋu patients undergoing dialysis in Darwin2 identified, through exit interviews, significant misunderstanding of test results despite both patient and renal nurse having revealed that they were satisfied with the communication. Trudgen9 discusses a Yolŋu patient suffering from severe diabetes and renal failure who was able to avoid dialysis once his condition was explained to him in meaningful terms, and goes on to estimate that 75–95% of communication with Yolŋu patients fails, even with an Aboriginal health worker involved. Aboriginal health workers are not necessarily trained interpreters, nor is interpreting their primary role, although they are often expected to interpret.

How do we improve? Surprisingly simple communication methods, which are easy to teach within mainstream medical education, can help. Trudgen demonstrates how to explain to a Yolŋu patient their 2% residual renal function.9 Many Yolŋu and speakers of other Indigenous languages do not understand the concept of percentages. A picture of a kidney was drawn, shading in the 2% still functioning and showing the remainder, which was sclerosed (Box 3). The patient responded in shock and, no doubt, with better dialysis participation.

Aboriginal patients may not be as trusting of medical implements as others. Refusal of an ear examination, for example, may be overcome by allowing such a patient to look through the otoscope to understand how it works. Silence plays an important role in Indigenous cultures.9,12,13 Indigenous people often respond to questions after a prolonged pause, a concept foreign to those doctors who see silence as impolite in their own cultures. They compensate by filling the silence and disrupting Indigenous patients’ thoughts. There is a simple solution — pause and allow the patient to think.

Studies1-4,14 have identified a widespread belief among Yolŋu people that information is deliberately withheld, mirroring culturally based misconceptions that lead many professionals to believe that Aboriginal patients do not want to know or that they do not experience pain.15 However, several studies1,4,14 clearly demonstrate the desire of Aboriginal people, both from the Top End and from Central Australia, for information about their illnesses and treatment. Effective communication methods, including the use of interpreters, are grossly underutilised, and frequently there is a failure to recognise that patients do not understand. In a study of 41 Yolŋu people, only 11 found explanations about diagnosis and treatment satisfactory.4 Other studies have shown that even when patients are satisfied, gross misunderstandings may still exist.2 Trudgen9 again gives an example of how this may occur. A doctor explained to a patient that he “could not tell conclusively why [the patient’s] heart was enlarged”. The patient subsequently interpreted this to be that the doctor had no idea why his heart was enlarged and decided not to engage in treatment. Had the doctor avoided use of “intangible” conceptual English words and vague unrevealing sentences, instead focusing on factual communication, this error could have been avoided.

A failure to develop an adequate understanding does run deeper than words. For traditionally oriented Aboriginal people living in remote areas, understanding of disease causation is fundamentally different. Serious diseases, even accidents, are often attributed to sorcery.16,17 Germ theory and the immune system are foreign concepts. Traditionally oriented Aboriginal people typically have detailed knowledge of anatomy from hunting, butchering and observing nature,9,18 but the perceived function of the kidneys, lungs, pancreas and other internal organs may be quite different. Finding common ground between these understandings is no easy task, but it is important to understand that it may play into medical treatments in the same way as having insight into the use of alternative medicines does in other cultures.

These examples may seem plain and obvious, but astoundingly, despite the many hours dedicated to communication in medical education, such concepts are not taught. Some strategies are provided in Box 4. There is an urgent need to pay more attention to communication needs of remote Aboriginal people.

A refusal to take Aboriginal languages seriously not only results directly in less than optimal medical outcomes, but also in mistrust and disengagement with the health sector and non-compliance with treatment regimens.3 An investment of time in the consult will have immense payoffs over the long term. We cannot expect our medical students and colleagues to adapt without teaching. Concepts are simple to grasp with knowledge of the languages and cultures. Is effective establishment of the Aboriginal patient–doctor relationship not one of the more teachable aspects of communication for generations of doctors? Education is the way forward to a practical and high impact population of medical staff who contribute to the health and pride of the people who are Australia’s national treasures.

Box 1 – Proportion of Indigenous Australians who speak an Indigenous language and who are reported to speak English “not well” or “not at all”, 2006 and 2011* 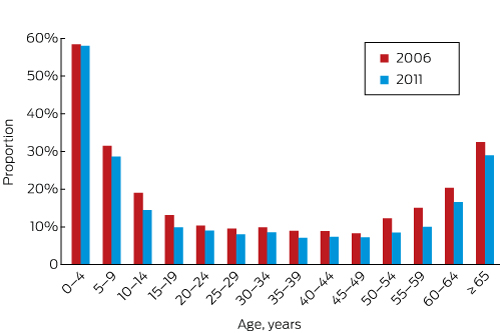 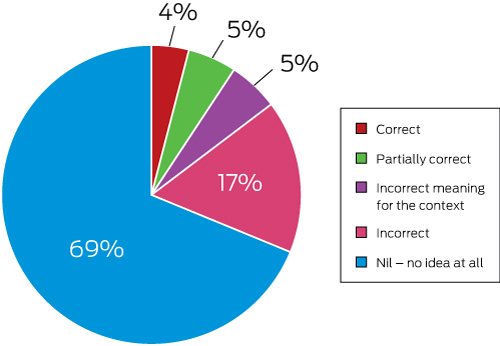 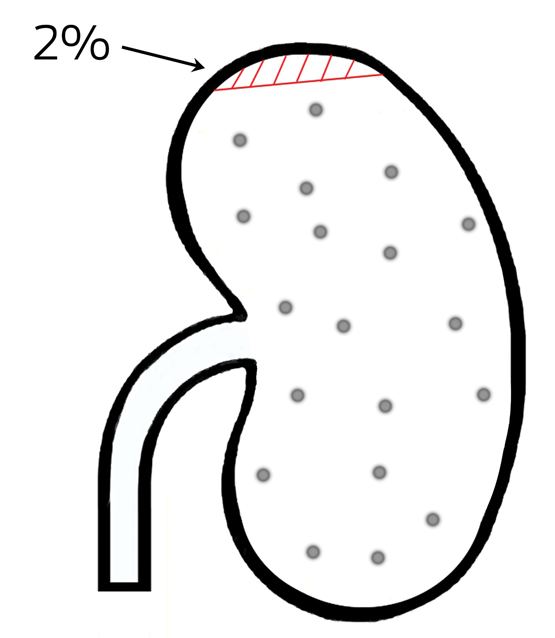 Reproduced with permission of the creator, Paul Finlay.

I thank Jane Thompson for providing practical examples relating to medical education, Mary-Anne Gale and David Scrimgeour for their comments on an early draft of this article, Steven Guthridge from the Department of Health in Darwin for his assistance, and the reviewers for their valuable comments.