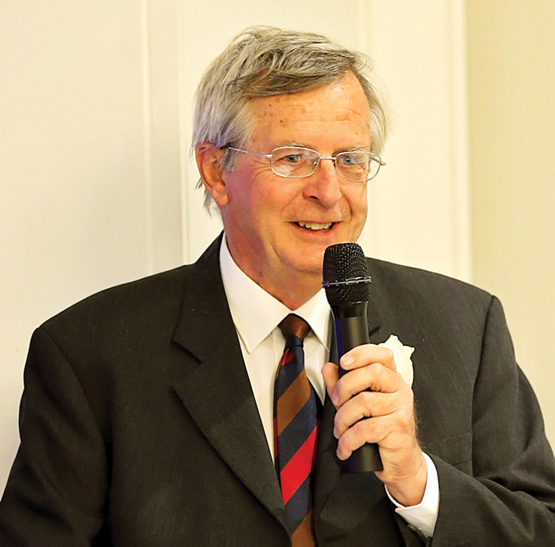 Richard Nesbit Evans was born on 14 May 1944 in Birmingham, United Kingdom. A natural all-rounder, he attended Winchester College from 1957 to 1962, where he excelled at athletics and won the science prize. He studied politics, philosophy, economics and natural sciences at the University of Cambridge in the early 1960s and joined The Economist, where he worked as an investigative journalist from 1964 to 1967.

Richard then changed career paths, studying medicine at King’s College London, where he served as president of the Medical Students’ Association. After graduating in 1972, Richard worked at hospitals in London, Coventry and Epsom and became a member of the Royal College of Physicians of the United Kingdom in 1975.

From 1975 to 1979, Richard was the chief medical officer for several airlines including British Caledonian, Laker Airways, British Airways and Cathay Pacific. His interest in aviation came from his father, who was a de Havilland Mosquito test pilot during the Second World War. During this time, Richard organised the dispatch of chemotherapy medications to various African nations and was involved in aeromedical retrieval missions. He was also a regular contributor to the “from the doctor” column of the Cathay Pacific in-flight magazine.

He moved to Perth, Western Australia, in 1979. He was the medical officer at the BP Kwinana Refinery and at Cockburn Cement from 1980 to 1985. He was then appointed medical registrar at the Royal Perth Hospital from 1985 to 1988 and became a Fellow of the Australian Faculty of Occupational Medicine in 1985.

Richard ran a general practice in Leederville for 7 years and subsequently spent the next 20 years working across rural and urban Australia as a locum, becoming well known in towns such as Coober Pedy, Boddington and Halls Creek. He was also surveyor of general practice in Western Australia from 2002 to 2007.

Richard wore many non-medical hats: fisherman, birdwatcher, gold-fossicker and master handyman. He played for the international Ghanaian rugby union team while on medical student elective and followed the San Francisco 49ers in American football and Aston Villa in soccer. He was also an active member of the Australian Baha’i community and of the Men of the Trees society.

Richard died in Perth on 22 December 2015, just 4 months after being diagnosed with glioblastoma multiforme. He was a gentle, patient and kind doctor and a man of great humility. He is survived by his wife Faeghe, sons James, Matthew, Stephen and Eric, and grandsons Oliver and Leo.