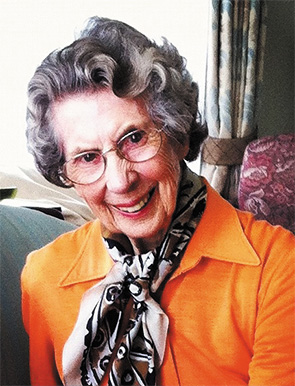 Nanette (Nan) Waddy has left a lasting legacy to Australian society through her advocacy for justice, health and welfare, particularly through appropriate community-based mental health policies and services focusing on the disadvantaged, homeless, and Indigenous peoples.

Following stints in general practice and psychiatry at the Royal Prince Alfred and Rachel Forster hospitals, Nan was appointed to Callan Park Mental Hospital in 1953.

Her resignation from Callan Park in 1954, because of its inhumane treatment of patients, resulted in considerable publicity and public uproar. The 1961 Royal Commission into the issues she raised was critical of the quality of treatment and squalid, overcrowded conditions at the hospital. As psychiatrist and former governor of New South Wales Marie Bashir said, “That is (literally) when the walls came down, and official visitors were appointed. Nan was a woman of great courage and an inspiration to all of us and her patients”.

Determined to improve society’s response to people with drug and alcohol problems, Nan became president of the Australian Foundation on Alcoholism and Drug Dependence (1982–1987) and, in 1985, was engaged by the federal minister for health, Dr Neal Blewett, to assist in developing the Hawke government’s response to drugs. This led to the National Drug Strategy, which incorporated harm minimisation as an official national policy.

Nan was also the catalyst for including the topic of drugs and alcohol in undergraduate medical education, and was the inaugural president of the Doctors Reform Society, which was formed in 1973 to support a proposal for a publicly funded universal health care system, Medibank (now Medicare).

She became a member of the Royal Australian and New Zealand College of Psychiatrists in 1968, and worked in community psychiatry and mental health crisis teams, visiting rural Bathurst to provide much-needed psychiatric services even into her late 80s.

Nan died aged 100 years on 20 June 2015. She has enriched many lives though her presence, friendship and courage. At her funeral, Mapoon woman Ms Jeannie Little OAM sang a Western Cape York Aboriginal tribal song: “When you go on your new journey, never look back just go forward and have the well-earned rest you deserve from all you have given in this world”.