The angiography of trees 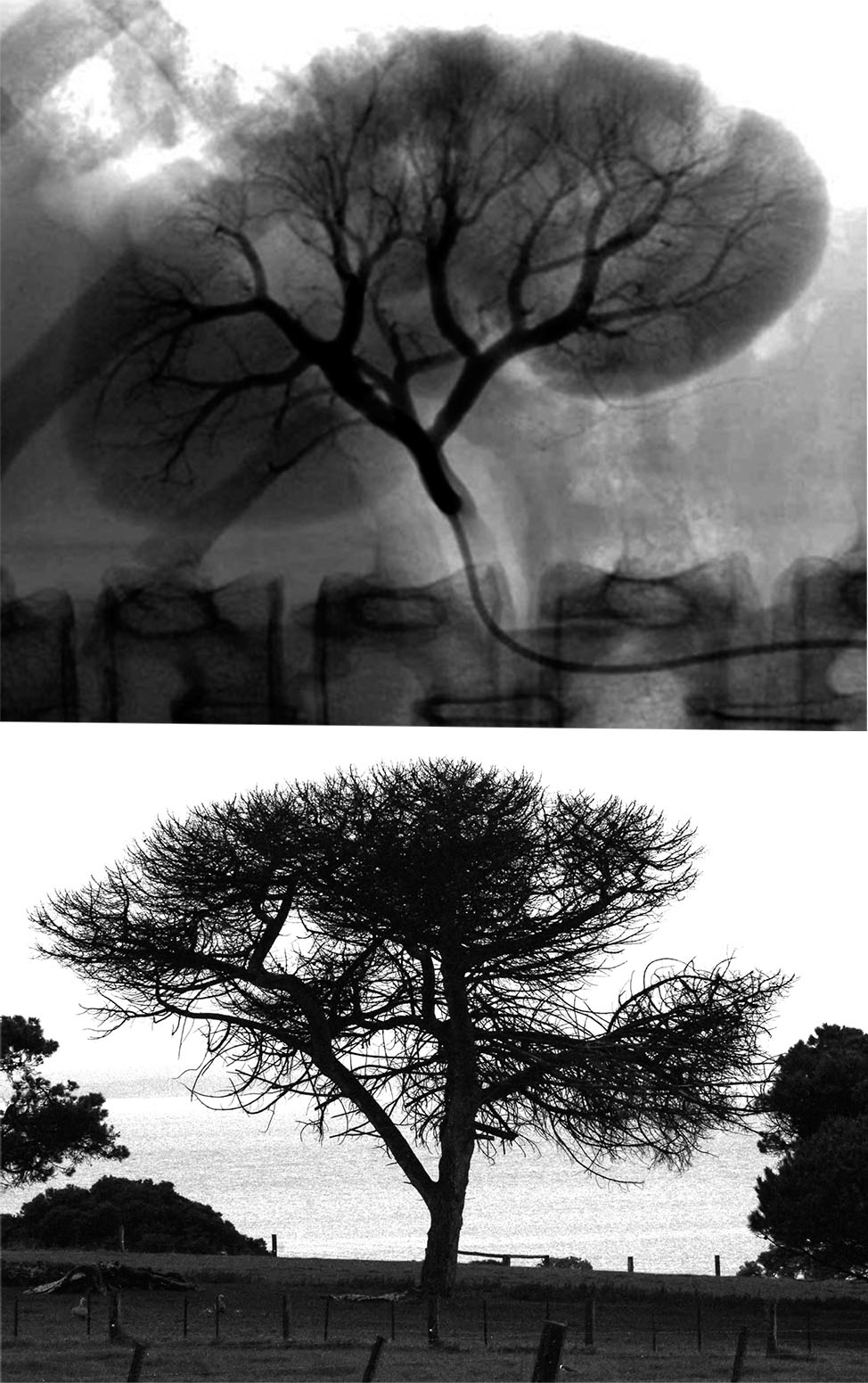 If, under sterile conditions, using local anaesthesia, and after enquiring about allergy to iodine, you punctured the femoral artery in the left groin using the Seldinger technique, floated a soft hook-catheter over a guide wire along the iliac arteries, both external and common, and advanced it on up the aorta for, let’s say, 16 centimetres, so as to position the catheter’s tip adjacent to a large ostium on the right wall of that great vessel, just below the transpyloric plane, where it would sit wavering, like a leaf in a breeze, disturbing the laminar flow of maybe three, or maybe more, litres of blood every minute, and you advanced the catheter through the orifice and into the right renal artery, without dissecting its endothelium, so that the tip was positioned a few millimetres within the lumen of the artery such that it was possible to inject without force an amount of about five millilitres of Iohexol contrast medium, sufficient in volume to visualise by radiological image intensification the main trunk of the renal artery, its first order segmental arteries, second order interlobar arteries, third order arcuate end-arteries, their interlobular arteries and branched afferent glomerular arterioles, sufficient for a nephrogram but not enough to induce tubular damage or necrosis, then, if you did this, you would have performed angiography, produced a renal angiogram, and plagiarised a bare deciduous tree not yet budded in the first few days of spring.