In the weeks before he died, Nigel Gray was honoured at the World Cancer Congress, drove his beloved Singer in a hill climb (complaining that he failed to beat his best time by one second), flew in a Tiger Moth biplane, played nine holes of golf with former British Open champion Peter Thomson, updated his jazz playlist, and wrote emails to be sent after his death to close friends and colleagues. He was a heroic figure who lived life to the full and made remarkable contributions to national and global health.

Originally a paediatrician, Nigel was Director of Cancer Council Victoria (CCV) from 1968 to 1995 and President of the Union for International Cancer Control (UICC) from 1994 to 1998, before an active post-retirement career with the European Institute of Oncology and the International Agency for Research on Cancer.

Nigel transformed CCV from a respected medical charity into one of Australia's most prominent health organisations. He supported research and researchers such as Donald Metcalf, understood the need for cancer-relevant population data, started evidence-based public education on cancer (including the Slip! Slop! Slap! skin cancer campaign), pressed for more and better cancer services, and took the influence of cancer organisations to new levels. He was also instrumental in the development of clinical oncology and nurtured the network of specialists that became CCV's Clinical Network.

He was best known for his achievements in tobacco control, where he was active into his last days. As early as 1969, a British American Tobacco company memorandum noted that “Dr Gray seems a formidable opponent”. In 1971, he ran Australia's first antismoking commercials on television featuring Warren Mitchell and Miriam Karlin, overcoming attempts by television authorities to ban them. He led tobacco campaigning locally, nationally and internationally. In Victoria, he developed research and public education programs, and was the crucial figure in developing and lobbying for the 1987 legislation that banned tobacco advertising and created VicHealth, establishing a model that was replicated in other states and countries. Internationally, he led development of the first comprehensive policy approaches to tobacco control, initially for the UICC, whose tobacco program he established in 1975, and later for the World Health Organization and other health groups. He then led the first programs promoting global action on tobacco, with workshops, conferences and site visits in an extraordinary range of developed and developing countries. After hearing him speak at a cancer conference in Cairo, the Patron of the Egyptian Cancer Society, Jehan Sadat, went home and persuaded her husband, the nation's President, to issue a decree banning cigarette advertising on television.

A confidential 1984 tobacco industry report noted: “It is the Australian, Dr Gray, who appears to have done more than any other individual to bring the anti-tobacco movement together in the international sense … his special contribution is to organise the integration of the disparate elements of the anti-tobacco movement into the most organic whole that it could be … ”

Nigel treasured this form of recognition almost as much as the more formal honours he received and the prestigious awards and fellowships named after him. He was made an Officer of the Order of Australia, received honorary doctorates from Monash University and the University of Melbourne, and was awarded a Luther L Terry Distinguished Career Award from the American Cancer Society.

Belying the appearance of a pillar of the medical establishment, Nigel was a fearless and innovative campaigner, and a generous mentor for younger colleagues whom he saw as similarly creative. A stylish figure, from television to the ski slopes, his zest for life continued to the end.

Many tributes have attested to the immense regard in which Nigel was held nationally and globally. Sir Gustav Nossal said: “Nigel Gray was the dominant cancer politician of his era. His pursuit of the tobacco industry was relentless, his use of the media superbly professional, his influence in the corridors of power enormous, belying his quiet, methodical, almost low-key approach … his courage was an object lesson, his contributions precise and positive to the end. His legacy is large and lasting.” On Nigel's 80th birthday, the late Kjell Bjartveit observed: “Today a whole army is marching to fight tobacco and its producers. But all those involved now should never forget the pioneers who cleared the way, in spite of all resistance from indifferent authorities, professionals, politicians and media. Nigel was the front runner.”

Nigel died on 20 December 2014, aged 85, surrounded by his greatly loved family — Ann, Kirsty, Penny and Stephen. He was probably responsible for preventing more disease than any other Australian. 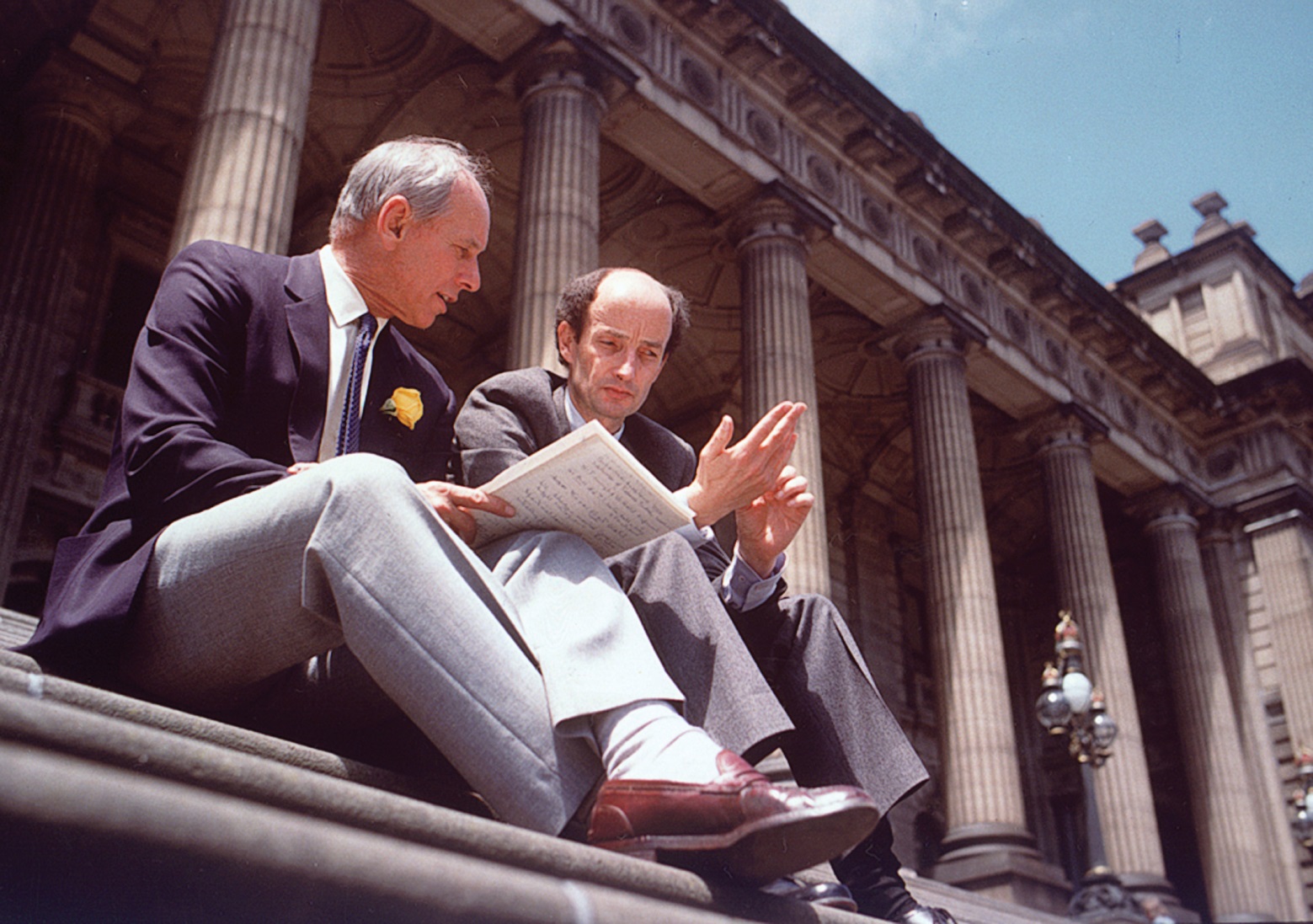