The value of health research to individuals and society is indisputable. It contributes to improvements in health care and public health by providing information about disease trends, risk and protective factors, patterns of care and health care costs, developing new therapies and treatments, and assessing the effectiveness of health interventions. Aboriginal and Torres Strait Islander (respectfully, Indigenous hereafter when referenced together) health research therefore can make a critical contribution to raising the health and wellbeing of Indigenous Australians and other Australians. The degree to which health research is valuable, however, depends on its nature, quantity and quality.1

Arabena and Moodie note that “despite all the research and the medical interventions spanning decades, improvements — where they occur — are incremental and trend up at a slower rate than for non-Indigenous Australians”.2 In many reviews, concerns have been expressed about the overemphasis on descriptive research rather than research evaluating interventions in Indigenous health.1,3-6

Protecting the health of white Australia against exotic tropical infections

Before 1950, health researchers had little regard for the health needs of Indigenous people. Indigenous health received little attention in the MJA (Box 1, Box 2) or preceding Australian medical journals,7 and the earliest articles predominantly related to tropical medicine, especially hookworm and donovanosis. This tropical health research was not only entangled with the politics of colonialism and a white Australia, but also with broader discourses of “whiteness”, race degeneracy in a “new” environment, and the national Australian identity.8 While hookworm was the first disease among Indigenous people to receive sustained attention in the MJA, the primary focus was the protection of the health of the white population.9-13 Early hookworm campaigns concentrated on Queensland, with its larger white population, rather than the Northern Territory, where hookworm infection was common among Indigenous people but less important because it was not “a menace to white people”.14 However, Indigenous people's health needs were not always ignored. In 1929, the MJA reported on the Victorian Branch of the British Medical Association's concerns about the absence of medical and nursing care for Aboriginal people in Central Australia.15

Indigenous people's access to better health care was considered less important because most Australian doctors repeatedly read and believed that Indigenous people were an inferior and primitive race whose demise was inevitable.7 Palliation was all that was required, or “smoothing the pillow of the dying race”.7,16 Some took this palliation more seriously, while many used it to excuse their guilt for suffering caused by colonialism.16 This belief in the doom of the Indigenous population did create a sense of urgency for researchers to collect information about Indigenous people for science before it was too late. In 2011, the Journal noted that Indigenous health research is still too “observational and deficit-focused, with a dearth of interventional studies” and “even considered putting a moratorium on publishing the many observational studies” being submitted.17

Salvaging data on a dying race for science

Before 1950, Sir John Burton Cleland wrote one in every six articles about Indigenous health in the MJA, and was the most prominent doctor in salvaging Indigenous data for science.7 Professor of Pathology and Microbiology at the University of Adelaide, he joined annual anthropological expeditions to Central Australia from 1925 to 1939 to collect these data, often describing the expeditions in the MJA.18 Following European research on the distribution of blood groups in different populations,19 these expeditions examined blood groups to provide precise scientific demarcations between races, but contradictory evidence soon could not be ignored. The failure to find exact definitions and demarcations of racial categories was one of the main reasons for the decline of scientific racism.8,20 Blood group research was the most commonly mentioned Indigenous health research topic in the MJA before 1950, discussed in 16 of 113 articles.7

After the Second World War, emerging researchers avoided explanations of their research based on race, just as determinedly as earlier researchers had avoided explanations that undermined notions of biological race.7 Culture replaced race, with researchers now collecting data about a vanishing way of life, and similarities rather than differences were emphasised. Just as earlier Indigenous health research was consistent with earlier policies of protection and biological assimilation, this research was consistent with prevailing ideas of cultural assimilation.7 The 1950s and 1960s also saw the rise of research written by those in the NT providing health care for Aboriginal people about the issues causing most Aboriginal ill health (not just affecting white health), along with descriptions of interventions for their control.7

From 1956 to 1969, Melbourne general practitioner Barry Christophers published 25 letters in the MJA promoting the Federal Council for Aboriginal Advancement's political campaigns for equal rights for Indigenous people. These letters highlighted discriminatory laws and policies, the economic causes of health problems, and the impact of racism and the way Aboriginal people were represented in the Journal.21 But no authors were yet questioning the tradition of “a white-fellah to write about Aboriginal mob for another white-fellah”; however, that would change.22

The number of Indigenous health articles dramatically increased in the MJA from the 1970s. In 1975, the Journal published its first supplement on Aboriginal health to cope with the dramatic increase in submitted manuscripts — more than 13% (95/709) of Indigenous health articles published from 1970 to 1999 appeared in supplements.7 In this time frame, an overwhelming affirmative vote in the referendum of 1967 resulted in amendments to the Australian Constitution to give the Commonwealth Government the mandate to implement policies for the benefit of Indigenous people. The Commonwealth assumed a greater role and investment in Indigenous health increased, albeit gradually.23 However, it was really not until after the National Aboriginal Health Strategy — the seminal document that set the agenda for Indigenous health — was endorsed in 1989 that the Commonwealth began to assert substantive policy authority.24

The 1970s saw a shift from the equal civil rights agenda of the campaign for the 1967 referendum to a focus on different Indigenous rights as part of a global movement of Indigenous self-determination. The first Aboriginal community controlled health service (ACCHS) was established in Redfern in 1971.24 Now there are 140 ACCHSs, and they have been central in the drive for a new phase in Indigenous health research; this is reflected in similar changes in other areas of Indigenous politics and social policy.

By the 1990s, articles on Indigenous health accounted for more than 4% of all pages of the MJA (Box 2).7 At the same time, Indigenous scholars such as Lester-Irabinna Rigney began challenging dominant knowledge systems in their writing on Indigenous epistemologies and articulated their own research agendas and methods.25 A global Indigenous reform agenda developed, which aimed to decolonise and dismantle Western research practices by asserting an Indigenous perspective on research and ensuring that benefits flowed from research to Indigenous people, were in partnership with Indigenous people, and were driven by Indigenous people's agendas.25-27

During the 1990s, in response to pressure from Indigenous academics, organisations and communities, Indigenous health research became positioned in an ethical framework.28 Indigenous knowledge and aspirations for research were explicitly acknowledged. Ethical guidelines for Indigenous health research were enshrined in the policies of research and funding institutions.28 In 1991, the National Health and Medical Research Council (NHMRC) introduced its Guidelines on ethical matters in Aboriginal and Torres Strait Islander health research, which were replaced by Values and ethics (2003)29and Keeping research on track (2006).30 The first two documents articulated a set of ethics for Indigenous research, while the third espoused guidelines to assist Indigenous communities to engage in research.

Despite these changes, the relationship between researchers and Indigenous organisations and community leaders remained volatile. Trust was often non-existent, and there were very few meaningful conversations between parties. Indigenous people argued that they had been researched to death with little benefit,27,31 which they contrasted with the benefits accruing to non-Indigenous researchers through degrees and career advancements. To ameliorate these tensions, in 1997, the Cooperative Research Centre for Aboriginal and Tropical Health (CRCATH) was developed to encourage researchers and Indigenous community leaders and organisations to work more collaboratively in their pursuit of improving Indigenous health outcomes.31

The CRCATH became the Cooperative Research Centre for Aboriginal and Torres Strait Islander Health and then, since 2010, the Lowitja Institute — Australia's only Indigenous-controlled health research organisation.2 All three organisations have had a particular focus on collaboration and knowledge exchange and ensuring that research is translated into improved services and improved health for Indigenous people.2 When she opened the second Congress Lowitja in Melbourne on 14 November 2012, Pat Anderson, chairperson of the Lowitja Institute, reflected on the many changes since 1997. She recalled that at the first CRCATH planning workshop in Darwin in 1997, researchers were in one corner of the room and Indigenous people and other service providers were in the other, and she needed to facilitate discussion between the groups. By the afternoon of that day, a few of the researchers had left; however, many continue to be involved today. Now she sees many Indigenous and non-Indigenous people — researchers, service providers and community members — sharing ideas and information about how to improve Indigenous health.

In 2013, the Lowitja Institute conducted Indigenous health research futures thinking workshops across Australia. They considered what research might be needed to enable Indigenous health and wellness, the capacity required and how it should be conducted. Workshop participants were still repeating earlier concerns about the ethics of research, including how it is done and whether it benefits Indigenous people,40 which suggests a need for future research to assess research impact and benefit for Indigenous people. 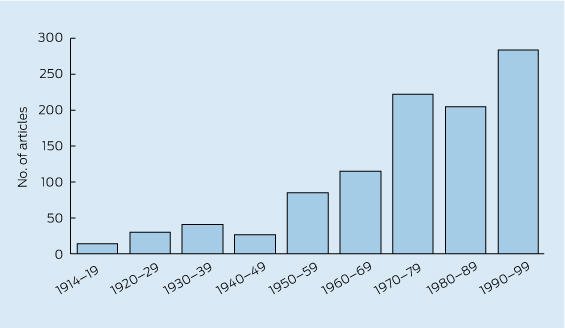 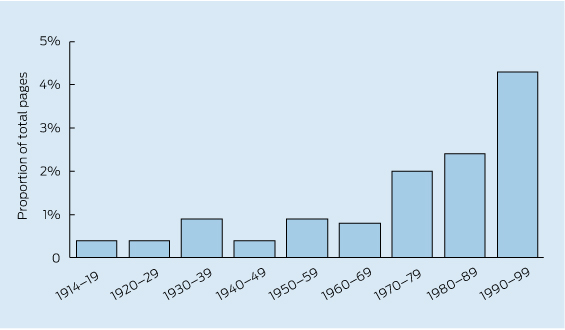