During the 1950s and 1960s, there was a dramatic explosion in the number of letters to the editor about Indigenous health published in the MJA, reflecting increased reader interest. The letters from Barry Christophers were part of the Federal Council for Aboriginal Advancement’s largely successful campaign for equal civil rights for Aboriginal and Torres Strait Islander people. His letters not only drew attention to discriminatory legislation and policies, but also emphasised the structural (especially economic) determinants of Indigenous ill-health, and the negative impact on Indigenous people of racist medical representations.

There was little interest in the health of Aboriginal and Torres Strait Islander peoples in the MJA before 1950. Early research portrayed Aboriginal people as being from an inferior and primitive race, the demise of which was thought to be inevitable. For example, in 1924, a case series of Aboriginal psychiatric patients was introduced by stating that:

Contact with civilization, phthisis and other diseases, mixed breeding and general racial decay are the order of the day. In a few years this line of research will be closed for ever. Whatever may be one’s sentimental views on the passing of the primitive peoples, from the scientific or even the utilitarian aspect it will be more than unfortunate if our records are not completed before they vanish.1

Any research on Aboriginal and Torres Strait Islander peoples before the 1960s was not primarily about improving their health. It was about using Indigenous health research to improve understanding of the health problems of white Australians, and about collecting information about Aboriginal people for science before the race became extinct.2

Letters to the editor are the voice of the readers of the MJA. Letters do not have the same academic status as journal articles, but three readership surveys in the 1950s and 1960s showed that the letters pages were the most read section of the MJA.3-5 An editorial marking the 50th anniversary of the MJA in 1964 described the number of letters to the editor as a barometer of the interest of readers in a journal.6 Most letters received by the MJA were published.7

Before 1950, there were only 13 letters about Indigenous Australians published in the MJA. Readers did not write more than a single letter to the editor in response to any MJA publication about Indigenous people until 1952, when an editorial announced that a new university scholarship for an Aboriginal student marked a change from the brutal past of the colonial encounter, and decried the obstacles caused by “the monstrous fiction of racial superiority and inferiority”.8 Writers of editorials had much greater freedom of language and freedom to express opinions than writers of scientific articles. Letter writers had even more freedom, and were often those with the strongest opinions.

Four letters were published in response to the editorial: one claimed that it was possible to discuss Aboriginal people’s inferiority (but did not assert a biological basis for this inferiority); the others replied that doctors should treat “aborigines as our equals” and that their problems were due to racism.9-12

In 1957, Christophers drew MJA readers’ attention to claims of starvation in the Warburton Ranges made by Pastor (later Sir) Doug Nicholls and Western Australian members of parliament William Grayden and Stan Lapham.16,17 He often sent similar versions of his MJA letters to various newspapers, but he saw a special role for doctors. He explained to me that he wrote to the MJA because doctors were “important folk in the community” who influenced people’s views and attitudes (Dr Barry Christophers, personal communication). Christophers was always careful to not criticise the work of individual doctors; his targets were governments and bureaucrats, and their discriminatory policies and legislation. He did not choose to either alienate his audience or undermine the authority of the medical voice, which could continue to be used for other activities. In contrast, other writers in the MJA questioned the capacity of non-medically trained activists like Nicholls to speak authoritatively on Indigenous health matters.18

Christophers wrote many letters to the MJA about FCAA and FCAATSI campaigns to highlight and then remove discriminatory legislation and policies affecting Indigenous people. He wrote about the restriction of the movement of Aboriginal people in Western Australia by the “leper line”.19,20 He wrote four letters to the MJA, and many more to newspapers, supporters, bureaucrats and politicians, about the exclusion of Queensland Aboriginal patients with tuberculosis from the generous allowance paid to other TB patients to encourage convalescence and treatment.21 He explained that the exclusion was “understandable”, even if abhorrent, only because it was much higher than the very low wages then being paid to Aboriginal people in northern Australia.22

Christophers was secretary of FCAA’s Equal Wages Committee and, in the MJA and elsewhere, he repeatedly emphasised economic causes (and solutions) for Indigenous people’s suffering and ill-health. While many of his contemporaries blamed Aboriginal behaviour, just as their predecessors had blamed Aboriginal people’s inferior racial characteristics, Christophers focused on deeper structural causes of ill-health. In response to a claim that alcohol restriction needed to continue and citizenship to be opposed, he argued that Aboriginal alcohol abuse was merely a “symptom” of the “disease” of “lack of citizenship, low wages and colour prejudice”.23 In spite of his attention to structural determinants of health, he did not portray Indigenous people as passive victims; their actions were constrained, but not entirely determined, by racist, white institutions; nor did they just drift or follow biological urges, as others had claimed. His concern with the WA “leper line” was due to its interference with the attempts by Aboriginal “liberators” to “assist some of their not so fortunate friends”.20 Aboriginal people could be their own liberators and the liberators of other Aboriginal people, not just a problem to be solved by others.

In the Northern Territory, he complained about withholding of blood transfusions from Aboriginal patients, inferior medicine chests required to be kept by employers of Aboriginal labour (compared with those at Royal Flying Doctor Service outposts), and legislation about Aboriginal people dying intestate.24-28 He was concerned that this legislation about the estates of Aboriginal people had been taken directly from the Mental Defectives Act: “The psychological trauma inflicted upon aborigines by regarding them and treating them as mental defectives and bankrupts must be immeasurable”.27 He similarly suggested that writers should avoid certain words, used by earlier conventions to describe Aboriginal people, that might inadvertently cause similar “psychological trauma” because of their negative metaphorical associations, or because he thought they were inaccurate or no longer acceptable.29

FCAATSI’s 10-year campaign successfully led to 90.77% of voters in the 1967 referendum approving the deletion of the two discriminatory references to Indigenous people in the Constitution (Box 3). FCAATSI folded 10 years later after a decade of internal divisions concentrated on concerns about non-Indigenous control of the organisation.13 In part due to FCAATSI’s successes, attention had turned from equality to special Indigenous rights, like land rights, and Indigenous control of Indigenous lives. In the decades since the referendum, hundreds of Indigenous-controlled organisations, including health services, have been established and become successful. In more recent times, however, a new official and grassroots coalition promoting “reconciliation” between Indigenous and non-Indigenous Australians has emerged with prominent Indigenous and non-Indigenous leaders and members. While clearly lobbying in a different time and for different causes, this present-day coalition or social movement evokes memories of FCAATSI. This reconciliation movement has proved to be extraordinarily popular among both non-Indigenous and Indigenous Australians and very effective in spite of the considerable early and continued scepticism of many Indigenous people.30

With time, many people have forgotten or not heard of the activism and achievements of FCAATSI and its members like Barry Christophers. The dramatic changes in Indigenous lives and health that began in the 1950s and 1960s facilitated greater changes in the following decades. Joe McGinness, a Kungarakan man who lived in Cairns, was the President of FCAA (and FCAATSI) for most of its 20-year history. Christophers nominated him for the position in 1961 when he was first elected, and worked closely with him on many campaigns; they remained friends many years later. Sadly, Joe McGinness died in July last year. 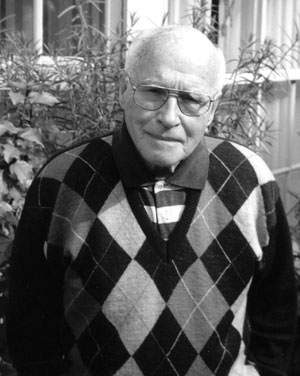 3: The Federal Council for Aboriginal Advancement (FCAA) and the 1967 referendum

The first meeting of the FCAA declared its goal as equal civil rights for Aboriginal people (equal living conditions and pay and the removal of discriminatory legislation). In the 1960s, FCAA began to assert the need for different Indigenous rights (like land rights), not just equal civil rights.13,14 Torres Strait Islanders were acknowledged when the organisation changed its name to the Federal Council for the Advancement of Aborigines and Torres Strait Islanders (or FCAATSI) in 1964.

Historian Peter Read has asserted that there were two dominant groups in the FCAA in its early years: the unions (and associated leftists, such as Christophers) and the churches. These groups included Aboriginal pastors like Doug Nicholls and Aboriginal unionists like Bert Groves and Joe McGinness, but these men had no special status as Indigenous people. FCAA and FCAATSI were “multi-racial” (or anti-racial) organisations, not Indigenous organisations — all people involved were treated “equally”—although, in practice, they were largely run by non-Indigenous people.13 The emphasis on the equality of Indigenous and non-Indigenous members reflected the organisations’ campaign goals for equal rights for Indigenous Australians.

FCAATSI’s greatest public acclaim came with the success of its campaign for the 1967 referendum. The Australian Constitution had stated in Section 51 that the Commonwealth Parliament had the power to make “special laws” for the “people of any race, other than the aboriginal race in any State”. Section 127 stated that “aboriginal natives shall not be counted” in the populations of the states. While the referendum merely removed these two discriminatory references to Aboriginal people in the Constitution, FCAATSI’s campaign for the referendum was part of the larger social movement towards other, more significant equal rights. The referendum is now publicly and fondly (even though legalistically incorrectly) remembered for finally granting equal rights to Aborigines, including “citizenship” and the right to vote, as well as being associated with equal rights to drink alcohol.15

Most of the research for this article was for a PhD supported by the National Health and Medical Research Council Aboriginal Health Postgraduate Research Scholarship 978508. I thank my PhD supervisors Komla Tsey and Peter d’Abbs. I am grateful to Barry Christophers for generously sharing his memories about the 1950s and 1960s.