The dark side to Halloween: marketing unhealthy products to our children?

Halloween is becoming increasingly popular in Australia, but what are the public health implications?

The use of fictional characters and festivals to sell unhealthy commodities is well established. Both Santa Claus and the Easter bunny have been employed to influence people, especially children, towards unhealthy behaviour.1,2 Each year, on 31 October, an increasing number of witches and wizards darken the doors of Australian households, demanding free junk food. The rising popularity of Halloween in Australia leads us to question whether confectionery manufacturers are exploiting Halloween to increase sales to children. If so, might Halloween represent a public health risk?

History: from a festival to lollies

The precursor to Halloween was a Celtic festival celebrating summer’s end and the new year.3 In the ninth century, the pagan festival was replaced by All Saints and All Souls Day,3 when dead souls in purgatory were remembered. On the evening before, All Hallows Eve, the poor would go door-to-door and receive food in exchange for praying for the souls of the dead. In the 19th century, Irish immigrants brought this custom to the United States, where it became an opportunity for revellers to prank their neighbours — the practice of trick-or-treating emerged in an attempt to buy off the pranksters.3 Eventually confectionery replaced pumpkins as the treat of choice, as confectionery companies developed Halloween-specific advertising and marketing campaigns.3

As a holiday centred on consumer buy-in, Halloween is big business. In the US each year, US$8 billion is spent on Halloween-related items,4 including US$2.4 billion on confectionery — confectionery sales at Halloween even exceed those at Easter, Christmas and Valentine’s Day.5

Market figures indicate that a quarter of Australians now plan to celebrate Halloween.6 There is some evidence to suggest Halloween’s increasing popularity has been driven by the confectionery industry in an effort to capitalise on potential profits. In the 1990s, the industry initiated a media campaign to promote Halloween in Australia, but, in 2002, the US Confectionery Industry Export Program noted slow progress:

In spite of efforts in the early 1990’s by the industry to establish Halloween as an event in Australia, it has been slow to develop ... Specific Halloween product might drive growth further but retailer support, which historically has been wanting, is crucial.7

More recently, an expanding array of Halloween-related merchandise in our stores suggests retailers have responded. In 2012, leading Australian supermarkets recorded increases of up to 30% in sales of such merchandise in the lead-up to Halloween.8

Concerns about the celebration of Halloween in Australia should go beyond indignation at multinational corporations imposing a new cultural event. Evidence is mounting that corporate behaviour involving marketing and distributing of unhealthy commodities is a driver of the growing global non-communicable disease (NCD) epidemic.9,10 A recent article from The Lancet NCD Action Group labels this an “industrial epidemic” whereby the vectors of spread are not biological agents, but transnational corporations.9 The authors refer to industry using “soft power”, which includes influencing culture to sell products and avoid regulation.

These “vectors” are adept at bending the truth. Despite admitting that around 20 million pounds of candy corn is made for Halloween, the US National Confectioners Association has downplayed health implications of Halloween, arguing:

... most candies are no different than a slice of bread or a pretzel when it comes to tooth decay. Any food containing a “fermentable carbohydrate”, such as starch or sugar, can cause decay. Eaten in moderation, candy can fit into a balanced diet and active lifestyle.11

Among other concerns, it is questionable whether children consume candy “in moderation” at Halloween.

In the US, there is a marked increase in confectionery advertising in the weeks preceding Halloween.12 It would be of significant concern if Australia followed this trend, as much Halloween marketing naturally targets children: the trick-or-treaters. Advertising of confectionery products to children has been shown to have deleterious effects by encouraging consumption of ultra-processed products high in salt, sugar and fat. Such advertising, the World Health Organization concludes, contributes to overweight and obesity levels in children and is an important area for action to prevent obesity.10 It has also been noted that:

The intense marketing of high fat, high sugar foods to young children can be viewed as exploitation because they do not understand that commercials are designed to sell products and do not have the ability to comprehend or evaluate advertising.13

Australia’s National Preventative Health Taskforce has recommended phasing out “premium offers, toys, competitions and the use of promotional characters, including celebrities and cartoon characters ... to market EDNP [energy-dense, nutrient-poor] food and beverages to children”.14 Although not specifically mentioned, limiting the marketing of cultural confectionery events is consistent with the intent of this recommendation to prevent promotion of unhealthy commodities to children.

The potential dangers of trick-or-treating come in many forms. Children with food allergies may encounter increased risks. Foodborne disease or even deliberate contamination could occur; in 1974, a Houston man was convicted of murder after putting cyanide in Halloween treats.3 Contact tracing in the event of an infectious disease outbreak, where sick children have visited many houses and received multiple sweets from each, would make calculating a “lolly attack rate” nearly impossible. In addressing such risks, the US Centers for Disease Control and Prevention provides wise — but difficult-to-implement — advice: “All treats should be brought home so that parents can inspect them”!15

Each year in the US, there are numerous burns and house fires resulting from Halloween celebrations.16 It seems that pumpkins make bad candelabras — their round bases make them liable to overturn, causing fires and burns. Indeed, the US National Fire Protection Association has produced a pamphlet of safety tips for Halloween (Box).16 The US also experiences an increase in injuries on Halloween, including a fourfold increase in the rate of children being struck by cars.15 It is not hard to imagine why, when millions of kids, often in dark costumes and hyped on sugar, race between houses seeking their next candy. In Australia, we have seen other dangers of costumes, with one Halloween face paint found to contain toxic levels of lead.17

Halloween in Australia: treat or trick?

Not all public health threats associated with cultural events can be avoided, but the promotion of EDNP products to children already at high risk of obesity is a valid concern for Australia. The Lancet NCD Action Group calls for a “substantially scaled up response from governments, public health organisations, and civil society to regulate the harmful activities of these industries”.9 Regulation is needed to prevent the confectionery industry using cultural events to advertise unhealthy commodities to children.

We are tricking ourselves if we believe that we have adopted the treat of Halloween as a cultural event of our own volition. Australians should be aware that profit-driven corporate manipulation of our cultural choices could damage our health. Instead, we should promote healthy and family-friendly events that are consistent with our own cultural identity. If the desire to celebrate this Celtic tradition is strong, we should stick to pumpkins, fruit or toys as healthier alternatives. As we consider the rising popularity of Halloween among Australian children, we should ask ourselves: who is being tricked, and who is being treated? 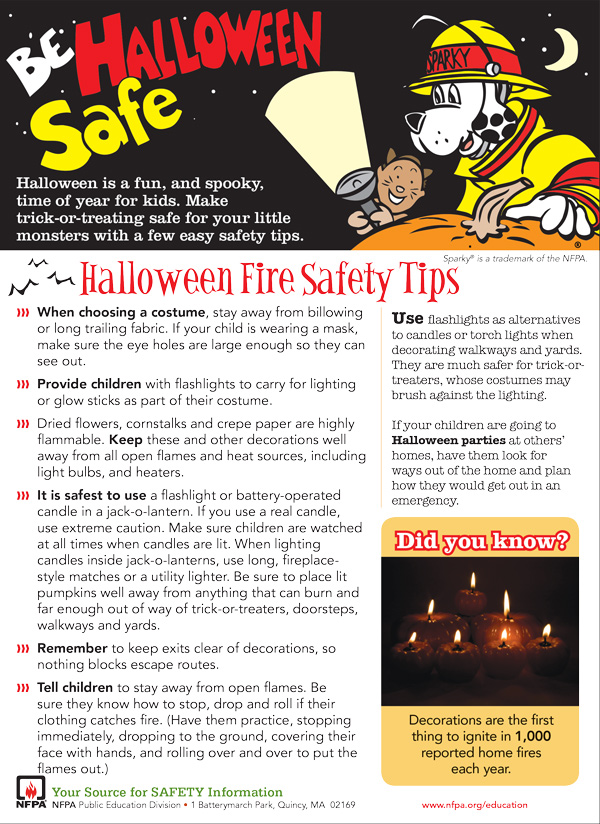 We thank Rob Moodie for his advice on terminology, content and approach to this article.