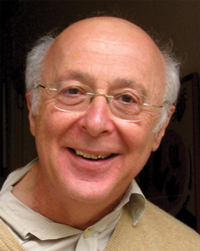 Thomas (Tom) Trauer was born in Manchester, England, on 10 November 1944. Although his Jewish parents had escaped the Holocaust, few of their wider family survived and, as an only child, Tom became the sole member of his generation. Previously qualified in Prague, Tom’s father Robert repeated his medical degree in Adelaide in order to practise in Australia, and the family settled in St Kilda. While Robert practised as a general practitioner and pursued his passion for visual art, Tom attended Brighton Grammar School before commencing his psychology studies at the University of Melbourne.

He forged lifelong friendships during his study, and met his future wife Barbara through Melbourne University Choral Society. They married in London in 1971 and had two sons. Tom completed his doctorate, before moving into management roles in the Department of Psychology of King’s College London and with Camberwell Health Authority.

Tom’s research focused primarily on mental health outcome measurement and service evaluation, but had expanded more recently to include the mental health of the physically ill, transplant recipients, caregivers and patients with cancer. During a research career built on collaboration and the support of colleagues, he authored around 200 peer-reviewed articles and two books, including Outcome measurement in mental health: theory and practice (Cambridge University Press, 2010), which remains a definitive text of the area.

Tom died on 10 July 2013 after a short illness and is survived by his wife Barbara and sons James and Michael.