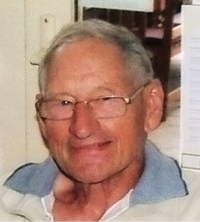 Peter Thomson was born on 12 June 1940 in Esher, near London. His mother May was a highly trained registered nurse. His Australian-born father, George Macdonald Thomson, was a medical graduate from the University of Sydney who qualified and practised as a surgeon in England in the 1930s until he was conscripted into the British Army in World War II. Peter and the rest of the family spent the war in a heavily blitzed London. Many were the tales that May told of near misses from doodlebugs (German V-1 flying bombs). After the war, they left the United Kingdom to join George in Sydney in 1947, where he had been demobilised. George subsequently became a general practitioner and surgeon in Newtown.

Peter attended Burwood Public School and Fort Street Boys’ High School. He entered medicine at the University of Sydney in 1957, graduating in 1963. After a year’s residency at Royal Prince Alfred Hospital, he was a resident medical officer for 2 years at Royal Newcastle Hospital, developing an interest in anaesthetics, which he would maintain for the rest of his life.

From 1968 to 1970, Peter worked at St Vincent’s Hospital, Darlinghurst, where he was the anaesthetic registrar involved in the first heart transplant in Australia in 1968. He completed his training at Royal Alexandra Hospital for Children in Camperdown and went into private practice in 1970.

Peter was a visiting medical officer at Liverpool and Auburn Hospitals, and then Concord Repatriation General Hospital. He also worked at many private hospitals, including Strathfield, Holroyd and Ashfield. He was a very skilled and devoted anaesthetist, highly respected by his surgeons and patients. He retired from active practice in 2007.

Besides medicine, Peter had many interests. He kept extremely fit by running, walking and cycling. He was a keen birdwatcher and photographer, and greatly enjoyed his Probus club activities.

Peter retired from anaesthetics in 2007 and died on 21 June 2013. He is survived by his wife Sandra, daughters Lynda, Karen and Jenny, and stepdaughter Tammy.