Damien Jolley was born in Melbourne on 23 March 1954. He graduated from the University of Melbourne in 1976 with a combined Bachelor of Science (Honours) and Diploma of Education. After a short period teaching mathematics, he moved to Papua New Guinea with Australian Volunteers International and began his epidemiological studies. Five years later, he returned to Melbourne and completed a Master of Science in statistics while working as a statistician at the Anti-Cancer Council of Victoria.

Damien was one of the first recipients of a VicHealth Public Health Research Fellowship in 1989. He was then appointed Research Fellow at the London School of Hygiene and Tropical Medicine, where he gained a Master of Science in epidemiology with distinction in 1991.

He moved into academia in 1995, initially as a Principal Research Fellow at the University of Melbourne in its Department of Public Health, to pursue his passion for medical research, statistical analysis and lecturing. In 1999, he joined the Faculty of Health and Behavioural Science at Deakin University, where he was appointed Associate Professor then Associate Dean (Teaching and Learning).

In 2005, Damien moved to the Monash Institute of Health Services Research, where has was appointed Interim Director in 2007. His final position was Associate Professor in Biostatistics at the School of Public Health and Preventive Medicine at Monash University from 2007.

Throughout his career, Damien worked as an independent consultant to various national and international scientific and health organisations. He was committed to research, and his obsession for good methodology brought rigour to many studies. This was demonstrated by the wide variety of projects that sought his help, his numerous conference presentations and high-impact publications, and the many grants and awards that he received. These included the 2004 MJA/Wyeth Award for the best clinical research paper published in the MJA, the Volvo Award for low back pain research in 2001, and the prestigious Sir Richard Stawell Memorial Prize from the Australian Medical Association (Victoria) in 2012. His passion for teaching brought a common-sense element to the field of statistics; and the number of awards to his students is a tribute to the quality of his supervisory and mentoring capability.

Damien will be remembered as one of Australia’s best known and most eminent biostatisticians and for his scrupulous intellect and sense of humour, which he maintained throughout his courageous battle with metastatic melanoma. Damien passed away on 15 February 2013 and is survived by his wife Jenny and their children Max and Alex. 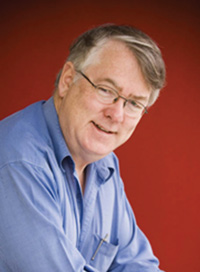