Struan Robertson was born in Sydney on 27 January 1925, to parents who were both medical practitioners. He was educated at Sydney Church of England Grammar School, North Sydney, where he rowed in the First VIII and was a Lieutenant in the Cadet Corps. In 1943, he joined the Royal Australian Air Force (RAAF) as a pilot and served in the New Guinea campaign in Bougainville and New Britain. After the War, he remained on the RAAF General Reserve and served as an RAAF Active Reserve Medical Officer.

In 1946, Struan commenced medicine at the University of Sydney. At university, he received a rowing Blue and, in 1950, he married Shirley Goldie.

After graduating in 1952, he trained at the Crown Street Women’s Hospital. In 1955, he travelled to England, where he obtained membership of the Royal College of Obstetricians and Gynaecologists (RCOG) and worked at the City General Hospital and the King’s College Hospital in London. In 1970, he was made a Fellow of the RCOG and, in 1979, a Fellow of the Royal Australian and New Zealand College of Obstetricians and Gynaecologists (RANZCOG).

On returning to Sydney in 1956, he worked in general practice with his father for several years and did clinics at Crown Street. He was appointed to the hospital’s honorary medical staff and joined the Infertility Clinic (later, the Alan Grant Fertility Clinic), where he worked with Alan Grant and then became its Director. After Crown Street closed in 1983, he then worked at St Margaret’s Hospital in Darlinghurst, where the fertility clinic relocated and continued to operate until that hospital’s closure in 1993.

Struan’s special interests were artificial insemination, management of mothers affected by the rhesus factor and, particularly, development of intrauterine transfusion techniques and induction of ovulation.

After retiring in 1994, he established an oral history program with the RANZCOG and interviewed more than 100 retired obstetricians. In recognition of this work, the College awarded him a Distinguished Service Medal in 2009. He was also involved in writing a history of the Crown Street Women’s Hospital.

Throughout his life, Struan was a keen sailor who sailed regularly at the Royal Sydney Yacht Squadron.

Shirley died in 2008 and, on 17 February 2012, Struan died of heart failure. He is survived by his children Ian and Margaret and four grandchildren. 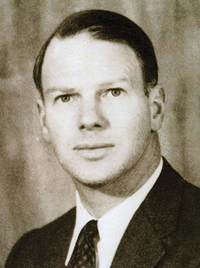