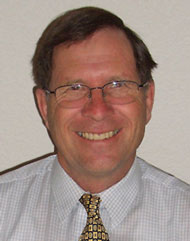 The death of John Buckingham on 29 March 2011, after a courageous battle with pancreatic cancer, robbed the Canberra medical community of its leading breast cancer surgeon, whose knowledge and skill was paired with devotion and kindness to his patients.

John was born in Sydney on 19 July 1947. He attended St Ignatius College and graduated in medicine from the University of Sydney in 1971. He completed his advanced surgical training in the United States at Mayo Clinic in Rochester, Minnesota.

In 1978, John returned to Australia and attained Fellowship of the Royal Australasian College of Surgeons in 1979. In that year, he commenced as a consultant general surgeon at the newly opened Calvary Hospital in Canberra, where he concentrated his practice for his entire career.

In addition to his clinical commitments, he filled roles in the hospital as Head of the Division of Surgery and Chairman of the Medical Staff Council. His inclusive style and collegiate approach allowed all views to be heard and acknowledged. His wise counsel was valued by the Sisters of the Little Company of Mary, board members and clinicians.

Throughout his career, John was involved in the broad expanse of general surgical conditions. He was a cautious, methodical and technically proficient operator, who was diligent and attentive in the postoperative care phase. Over time, he came to concentrate exclusively on breast cancer surgery. He developed a comprehensive model of care, involving colleagues from nursing, radiology and oncology, and suffusing it with his virtues of care and compassion.

The development of a graduate medical program at the Australian National University Medical School in Canberra allowed John to expand his interest in teaching to both students and registrars. His excellence in this role was recognised with his appointment as Clinical Associate Professor when he retired in 2011. His contribution to the wider ACT community was recognised when he was named ACT Senior Australian of the Year in 2010.

John was a remarkable man, who, despite his many achievements, was humble and self-effacing. He was interested in the lives of his coworkers and was unfailingly courteous to everyone he encountered. He was a man of deep religious conviction, and his Catholic faith sustained him in his final illness. Indeed, he lived all his life demonstrating the faith principles he so strongly embraced. John is survived by his wife Sue and children James, Peter, Kate and Michael.