Robert Desmond Marshall was born in Nhill, Victoria, on 3 May 1926, one of five siblings who all became involved in medicine (Betty, a general practitioner, Gwen, a physiotherapist, and surgeons Vernon and Donald). After a brilliant student career at the University of Melbourne, he graduated in 1948 and trained at Royal Melbourne Hospital. 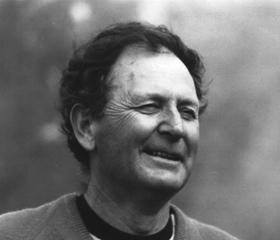 After working in London at Hammersmith Hospital in 1955 and 1956, Bob returned to Australia to assist Sir Edward “Weary” Dunlop at Royal Melbourne Hospital. From 1963 to 1991, he was a consultant surgeon at Prince Henry’s Hospital. He then continued his private practice until the last year of his life. Bob also served on the Victorian Branch Council of the Australian Medical Association, the Victorian Regional Committee of the RACS, and as Chairman of the Combined Chairmen of Senior Medical Staff Associations.

Bob cowrote Principles of pathology in surgery (Oxford: Blackwell Scientific, 1980), and his consummate knowledge of anatomy culminated in the publication of his seminal book Living anatomy: structure as the mirror of function (Melbourne: Melbourne University Press, 2001). This led to him being awarded Doctor of Medicine from the University of Melbourne in 2006, the oldest graduate to earn this qualification.

To honour the contributions to surgery of Bob and his brothers Vernon and Donald, Monash University established the Marshall Prize in Surgical Training in 2001.

Bob was an excellent, hardworking surgeon, astute clinician and a generous teacher, mentor and friend. But he also found time for his great passions — skiing and trekking in the mountains. In 2009, he wrote K2: lies and treachery, an account of the controversy surrounding the 1954 ascent of K2 by Italian mountaineer Walter Bonatti. Bob presented Bonatti’s case in fluent Italian to the Italian Alpine Club to officially restore the climber’s reputation in 2007. It was a measure of Bob’s search for truth and honesty.

Bob Marshall died on 29 January 2011. He is survived by his wife Phyllis and five children Diane, David, Robert, Andrew and Lisa. Our world will be less interesting without him.