We will build it ... but will they come? 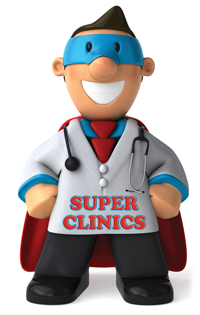 Not so long ago, The Australian ran a story1 that instantly reminded me of the memorable misquoted line from the Kevin Costner movie Field of Dreams: “If you build it, they will come”. The headline boldly proclaimed: “Another super clinic to get by with no doctors”. It continued:

A second Gillard government GP super clinic is destined to open its doors without a doctor.

The $7 million clinic ... will not have a doctor but will be staffed by up to 40 allied health workers, including psychologists, nurses and diabetes educators.

... [it is but one] of the original 36 GP super clinics promised during the 2007 election campaign.

The appearance of super clinics without the necessary complement of doctors on staff contravenes government policy that GP super clinics must include general practitioners. This phenomenon prompted the Opposition primary health spokesman to observe that

This turn of events is but another example of the political and bureaucratic bloody-mindedness so alive in health these days. What folly, to never for one moment consider the uneasiness of GPs and organised medicine about the utility of GP super clinics. The political decision has been made, and money is no object. It is reminiscent of the roll-out of the Divisions of General Practice some years ago. Apparently, the Divisions are now destined to metamorphose into Medicare Locals. And the wheel goes around and around!

Costner’s character in Field of Dreams desperately wanted a baseball field. But if the story of GP super clinics in Australia were to be made into a movie, would Nicola Roxon, the federal Minister for Health, transform the memorable line to: “We will build it ... but will they come?”