Outcomes after thrombolysis for acute stroke are as good in Australia as elsewhere in the world, and we should be doing all we can to make sure appropriate patients have access to this treatment. So say Fitzgerald and Gerraty (→ “Thrombolysis for stroke”), in an editorial written in response to the results from the Australian arm of the Safe Implementation of Thrombolysis in Stroke International Stroke Thrombolysis Register. Over 6 years to the end of 2008, 14 Australian hospitals provided details for 704 patients to the register, and results were available to compare outcomes for 581 of these with 20 953 patients in 31 other countries (Simpson et al, “Thrombolysis for acute stroke in Australia: outcomes from the Safe Implementation of Thrombolysis in Stroke registry (2002-2008)”). Although Australian patients were older, sicker and less independent before their strokes, and were likely to have more severe strokes, their outcomes, including rates of symptomatic intracranial haemorrhage, were similar to those of the international cohort. Waxman, a surgeon, details his personal brush with a threatening stroke (→ “A stroke of luck ... or just the ideal model of care?”). He stresses that timely access to thrombolysis is crucial.

Black cohosh is usually in trouble in the medical literature for its toxic effects on the liver, but a Notable Case in this issue links the popular menopause-relieving herbal preparation with an episode of complete heart block (McKenzie and Rahman, “Bradycardia in a patient taking black cohosh”). It’s the first report of its kind in the medical literature, although consumer websites do mention “slow heart rate” as a possible side effect.

Australia’s Civil Aviation Safety Authority (CASA) has previously limited pilots with insulin dependent diabetes to holding a Class 2 (private and recreational) licence and flying only if accompanied by another pilot. In “Insulin-dependent diabetes and aeromedical certification — the Australian perspective”, Fitzgerald and colleagues outline the results of a recent CASA-led consultation, which will see some pilots with diabetes flying without a buddy, under strict monitoring of blood sugar levels.

The idea of flying solo with regard to diabetes management is less appealing; yet this is what is happening to younger users of adult diabetes services in rural NSW, say Perry and colleagues (→ “Lost in transition? Access to and uptake of adult health services and outcomes for young people with type 1 diabetes in regional New South Wales”). In mid-2008, they audited the medical records of 239 patients with diabetes aged 18-28 years: 86 from the capital city, 79 from a smaller city and 74 from a regional area. Regional-area patients were less likely than those dwelling in the cities to have had regular monitoring of their HbA1c levels, weight and blood pressure; to have been assessed for diabetes complications; and to have achieved HbA1c benchmarks. They were also unlikely to access routine review, even annually, and many were lost to adult services after the first year of contact. 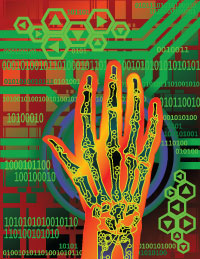 When you request an x-ray or scan, do you know how much radiation is involved or, more importantly, what risk this poses to the patient? Do you raise this issue with patients and their families? These were the questions put to 96 doctors of all levels of experience, working in two Queensland hospital emergency departments (Keijzers and Britton, “Doctors’ knowledge of patient radiation exposure from diagnostic imaging requested in the emergency department”). Radiation doses and risks were underestimated for most procedures, and most doctors said they had received no formal training in this area. For those who identify with the survey’s findings, the Western Australian Department of Health hosts an online resource for the rational use of diagnostic imaging (www.imagingpathways.health.wa.gov.au) that includes a tutorial on radiation doses.

Data collection is an ever-increasing feature of health care: from Medicare item numbers to discharge summaries and death certification, we gather and store massive amounts of information about what happens to our patients. A thought-provoking supplement (→ Using what we gather — information for improved care) from the Australian Commission on Safety and Quality in Health Care and the Clinical Excellence Commission highlights an increased role for all this data in focusing quality improvement, accountability and transparency in our hospitals. The challenge now is to find meaningful indicators, communicate them effectively, and use them to support the improvements in patient care.

The Henry tax review is proving controversial again, with Bond and colleagues asking why a tax on junk foods was conspicuously absent from its recommendations (→ “Taxing junk food: applying the logic of the Henry tax review to food”). The review made good arguments for increasing taxes on alcohol and tobacco, some of which could equally be applied to foods that are high in sugar, fat and salt, say the authors, and the current push for more collaborative measures with industry will just distract public health experts from the main game.

Whatsoever was the father of a disease, an ill diet was the mother.