Health reform and the elephant in the room

This year witnessed the roll-out of a suite of reports on the delivery of health care in Australia, ranging from the role of preventive health,1 to the potential directions of primary care,2 the state of Australia’s public hospital system3 and our health care system in general.4 Specific protocols were presumably followed in assembling these reports, employing a convention familiar to doctors: evaluation of systemic symptoms and signs, formulation of diagnoses, and recommendations for appropriate action. However, with the occasional exception,3,5 this cavalcade of reports — despite their long lists of recommendations — failed to provide any substantial blueprints for reform. Absent were any comprehensive and detailed plans outlining remedial action, necessary time frames and attendant costs. It is vital that such essential details be specified in any future reports recommending health care reform. 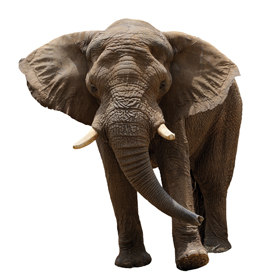 The reasons why we have been inundated by inquiries and reports since the election of the Rudd Labor Government remain obscure, known only to those with access to privileged Cabinet documentation. But in the absence of a comprehensive pre-election health care policy, we may well speculate that this blitzkrieg of inquiries was a means to fill Labor’s bare policy cupboard. Whatever the reasons, it could be stated that there remains an elephant in the room of health care reform: the inexorable and apparently uncontrollable upward trend of the cost of Australian health care.

Australians consume about $100 billion of health services each year, amounting to about 9% of gross domestic product.6 Fifty years ago, we only spent about a third of this amount on health care. Moreover, it is projected that in the next 25 years, health and aged care spending will increase to almost $250 billion per year.6 Commenting on this phenomenon, Tom Dusevic, national affairs correspondent for the Australian Financial Review, claimed:

Left unchecked, health spending could eat up the entire budget of the states within a generation — leaving nothing for schools, roads, police and other essential services.6

In Australia, we have never had a serious community debate about how much we may actually wish to spend on health care. Nor have we dared to address the even more thorny issue of where our health care dollars should be allocated. Instead we resort to covert rationing, such as blow-outs of elective surgery waiting times and other forms of access rationing.

Perhaps the time has come for yet another, even more important, inquiry to openly examine resource allocation in health care — an inquiry that looks at all the multipliers embedded in such a complex and layered system, such as the burgeoning and bloated bureaucracies or our ageing population making decisions of increasing urgency as to how they will spend their last years. It should also advance the means to continuously cost health interventions and tailor these to individual episodes of care and institutions. Without this kind of continuous and current fiscal data, the impact of reform on health care costs will be no more than guesswork.

One can only hope that a holistic and all-embracing inquiry will offset the federal Health Minister’s current monstering of the Australian medical profession vis-a-vis Medicare rebates.7-9 Scapegoating, especially in the absence of hard data, is the refuge of those who wish to oversimplify the debate and divert attention from questionable decisions about the allocation of resources.

The recent stoush with Australian ophthalmologists over the Medicare rebate for cataract surgery8 is one such altercation, which presumably has its rationale in the desire to contain health costs. However, its barely concealed stridency has become increasingly tainted by ideology and the politics of envy. The same factors are presumably driving Labor’s doctor displacement agenda.10 If we are to pursue reform, the elephant in the room — namely, the inherent multiplier effects of these reforms on the cost of health — should be transparent and debated with all stakeholders.