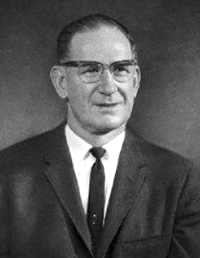 Fred Schwarz, an Australian medical doctor-turned-political activist, died on 24 January 2009 in Camden, New South Wales. The fourth of 11 children, Fred was born in Brisbane on 15 January 1913. After graduating with a science degree in 1933, he worked as a school teacher, then returned to university to study arts and medicine. While a medical student at the University of Queensland, he continued to work as a teacher at night, and also preached to the Christian Revelers, a body he founded to emphasise the joy of Christian service.

As a new graduate in 1944, Fred led an approach to the Queensland Industrial Court, seeking better conditions for first-year medical graduates in public hospitals. The case was ably presented by him and “Mickey” Whyte, later Professor H M Whyte of the John Curtin School of Medical Research, Canberra. The Court awarded residents an increase in salary from £200 to £350 a year and a limit to their hours of work. Although this industrial action seemed scandalous to older doctors at the time, it is clear that every graduate of an Australian medical school since then owes a debt of gratitude to Fred.

Fred moved to Sydney in 1946 to take over a medical practice in North Strathfield. The practice grew to become one of the busiest in Sydney’s western suburbs. As an extension of his strong Christian beliefs, Fred developed a deep concern about the atheistic values and ambitions of the communist states. In 1955, he closed his medical practice and moved to the United States to work full-time for the Christian Anti-Communism Crusade, an organisation he had established in Iowa in 1953 (at the request of evangelist Billy Graham) to spread information about the nature, aims and methods of communism. He conducted lectures, seminars and debates, and wrote a book, You can trust a communist (to be a communist), which sold over a million copies. He also published regular newsletters and conducted week-long anti-communism schools. He opposed communism not for political or economic reasons, but because of its attitude to God and man. Another of his books, Beating the unbeatable foe, is both an autobiography and the story of his crusade. Of special interest is a letter to him and his wife from Ronald Reagan, who said, “Fred, you’re to be commended for your tireless dedication in trying to ensure the protection of freedom and human rights”.

In 1996, Fred returned to Sydney, moving a few years later to Camden. He died of cerebrovascular disease at the age of 96 years. Consistent with his contrarian wit, he attributed his longevity to his complete lack of exercise, his high-stress lifestyle and his high-fat, high-salt, high-sugar diet. He is survived by his wife Lillian and children John (a general practitioner), Rosemary (a psychiatrist) and David (an airline pilot).