Derek Farrar, a respected Otolaryngology, Head and Neck Surgeon, was one of the few who brought ear, nose and throat (ENT) surgery to Tasmania in the mid 20th century. 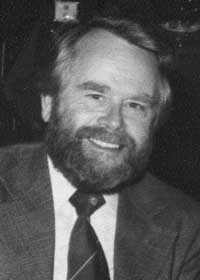 Derek was born in Portsmouth, UK, on 27 December 1921. He was educated in Hong Kong and Plymouth, and studied medicine at St Bartholomew’s Medical School at the University of London. On graduating in 1943, he entered the Royal Navy as Surgeon-Lieutenant. After the War, he undertook further training at St Bartholomew’s and obtained a Fellowship of the Royal College of Surgeons in 1949. He developed an interest in ENT surgery and qualified for a Diploma in Laryngology and Otology of the Royal College of Physicians and Surgeons in 1955.

Derek came to Australia in 1956 to take up a position in a private ENT practice with Dr Mills Bates in Launceston, and qualified for Fellowship of the Royal Australasian College of Surgeons in the following year. He also worked as an Honorary ENT Surgeon at Launceston General Hospital.

After practising in Launceston for 20 years, Derek moved to Hobart, where he worked in private practice and at the Royal Hobart and Repatriation General Hospitals as an Honorary ENT Surgeon, while continuing to visit Launceston regularly. He was also an enthusiastic teacher of medical students, residents and ENT registrars.

Derek attended the Hobart and Launceston branches of the Peter MacCallum Clinic (later W P Holman Clinic) for three decades as a Head and Neck Surgeon. He gave generously of his opinion and skills to the younger generation of Otolaryngology, Head and Neck surgeons who came to practise in Tasmania in the early 1980s.

In his leisure time, Derek was very active in the Cruising Yacht Club of Tasmania (CYCT). During his period as Commodore, he instigated the publication (by the CYCT and the Tasmanian Lands Department) of D’Entrecasteaux waterways, a book of maps and local guidance for cruising yachts. This book, detailing the area from Recherche Bay in Tasmania’s southwest to the upper Derwent River at New Norfolk, remains a classic guide to locals and visitors cruising these waters. In the late 1980s, Derek retired and had more time for sailing. Northern Queensland was his destination on a number of occasions, the last being in 1997, when he saw his yacht sunk from under him, probably as a result of hitting a submerged container. Thereafter, he pursued a quiet retirement, but his health ailed in later years and he died of pneumonia on 14 February 2007.

He is survived by his wife Rhonwen and also by his sons Alan and Nigel. He will be sadly missed and long remembered by his colleagues.