Shamed by the lack of a meaningful dialogue 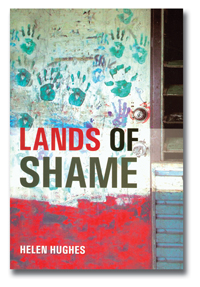 Lands of shame was the blueprint for the Howard Government’s “national emergency” intervention in the Northern Territory. In spite of its influence, I would not recommend Lands of shame to anyone desirous of gaining an insight into the history of Indigenous policy, because of its simplistic generalisations and ideological bias.

According to Hughes, poverty in remote Indigenous communities is a legacy of the “Coombs socialist homeland model” introduced 30 years ago. Elements of this model included communal property rights, the apparent use of customary law and other “separatist policies” designed to resurrect “hunter–gatherer economies”. Hughes’ description of the evolution of Indigenous policy is incongruous with the history of my home state of Queensland. Many of Queensland’s remote Indigenous communities are former reserves that were established during the protectionist era that preceded the 1970s. Far from being hunter–gatherer economies, the reserves were akin to Dickensian workhouses that left little room for human dignity, let alone the sanctity of family life.

I can still remember the first time that I visited one of the former reserve communities, and a colleague pointed out to me the old dormitory where young children were once forced to live. Years later, the inevitable pain that would have been suffered by the children’s parents still makes me shudder. Arguably, such indignities offer a far more plausible explanation for the contemporary social problems of some remote Indigenous communities, than communal land tenure. Yet this history is largely overlooked by Hughes.

Hughes’ greatest flaw is her failure to comprehend the immorality of writing a manifesto for Indigenous people in the absence of a meaningful dialogue with us. Hughes routinely dismisses the Indigenous leadership as corrupt “Big Men”, with only Noel Pearson (who conveniently shares her ideological position) spared rebuke. Her apparent view of respectful engagement with Indigenous people as superfluous makes Hughes no better than those she condemns. Indeed, the very lack of empathy that enabled bureaucrats to remove Indigenous children into dormitories is a disturbing, though unacknowledged, presence throughout the entire book.