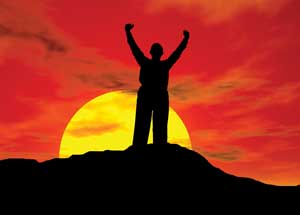 Aboriginal and Torres Strait Islander males arguably have the poorest health of any racial group in Australia. In 1999–2001, it was estimated that they have a life expectancy of 56 years (compared with 77 years for all Australians) and that 75% of Indigenous males die before 65 years of age (compared with 27% of their non-Indigenous counterparts).1 The recent media debate on the abuse of women and children in Indigenous communities unfortunately failed to highlight the very poor health status of Indigenous men and the fact that Indigenous male death rates from assault are similar to, if not higher than, the rates among females.1

This does not challenge in any way the critical plight of women and children in these communities and their need for protection, but does add some context to the debate, which has thus far depicted Indigenous males as perpetrators of violence rather than being, also, victims.

The interpretation that community violence somehow reflects Aboriginal gender constructs also confuses the issue. The violence against women and children occurring in some communities is by no means a part of traditional culture, in which both men and women have valued, specific and complementary roles.

Aboriginal men’s groups have existed at a local level for many years. These groups attempt to work with Indigenous men to address the many issues facing them and their families. Rather than addressing male issues exclusively, the groups place a high priority on a “whole of family” approach. They address male roles and the loss of these — teacher, hunter and lore-man, but also father, provider, partner and community leader — and include such things as diversionary programs, domestic violence programs and parenting programs.3,4 The groups comprise grassroots Aboriginal and Torres Strait Islander men who are committed to making a difference, but they are largely unfunded and generally too poorly resourced to have the broader “systems” community approach that is known to be necessary.

While some of these men’s groups function very well, others have floundered, and struggle with governance and finance issues. This is not completely unexpected, as, while these men are expected to take responsibility and leadership upon themselves, many are untrained in any aspects of governance and finance and come from communities with low literacy and numeracy levels. To learn to incorporate and run an organisation and to manage a business, in often dysfunctional circumstances, requires capacity development, skills transfer and support.

None of the preceding removes Indigenous men from their “personal” responsibility to ensure the health and safety of their women and children, but it does indicate a need for other Australians to help and support those who are attempting to address their own issues in a spirit of mutual responsibility.

In contrast with the media portrayal of Indigenous men as perpetrators of violence, the accompanying excerpt from “Do’s and Don’t’s” rules for an Aboriginal men’s group (Box) illustrates the simple principles this group has developed.3

It is simplistic in the extreme to suggest that radical changes, such as relocating all remote Aboriginal communities to urban centres, will fix the problems,5 while failing to address the underlying issues of loss of self-esteem, culture, land and identity.

The following is taken from an assignment by an 18-year-old Aboriginal male student health worker, describing the plight of Aboriginal men in his community:

In my community our men are always being put lowest down to the ground, that is why they are always fighting with each other and committing suicide, because we know that white people think we are “apes” and so forth . . .

If our young Aboriginal men have this perception of their place in this “lucky” country, we have a long way to go. However, positive change can be accomplished in time, and the health professions will have a role.

We rightfully call on Indigenous men to stand up and be the leaders they were traditionally, but it will require a broad approach, with support from Australia as a nation and powerful groups such as the medical profession, as well as Indigenous men themselves, to comprehensively address these issues.