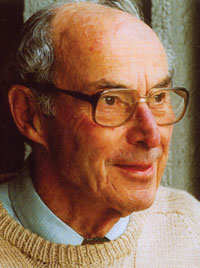 Raymond David Rothfield (commonly called “David”) was born in London on 22 June 1920. The family emigrated to Australia in 1924 and David grew up in Sydney. He attended Sydney Grammar School and went on to study medicine at the University of Sydney.

After graduating in 1943, David did his residency at Royal Prince Alfred Hospital (RPAH), then worked for a short time with Keith Inglis, who aroused his interest in pathology.

In 1944, he enlisted in the Australian Defence Force, serving as a Medical Officer in Morotai and then with the occupation forces in Japan. From 1945 to 1950, while a Postdoctoral Fellow at RPAH, he joined the Citizen Military Forces. He joined the pathology department at St Vincent’s Hospital (SVH), Sydney, in 1950 and obtained a Diploma of Clinical Pathology in the same year.

In 1957, David became one of the early members of the College of Pathologists of Australia (later to become the Royal College of Pathologists of Australasia [RCPA]). He was appointed Director of Biochemistry at SVH in 1964, a position he held till his retirement in 1986. In 1968, he became a Fellow of the Australian Association of Clinical Biochemists.

David had a passion for excellence and quality in the laboratory. In the early 1980s, he persuaded (I could say “hassled”) the Executive Committee of the RCPA to join with the National Association of Testing Laboratories (NATA) to establish a laboratory accreditation scheme. The resultant NATA/RCPA scheme stands as a lasting tribute to his dedication to quality laboratory practice. On his retirement, he became NATA’s staff pathologist, a position he held part time until his death in 2005. He was also an enthusiastic teacher whose contribution to training young pathologists was valued highly.

As acknowledgement of his contribution to pathology, David was awarded both an Order of Australia Medal and an RCPA Meritorious Service Award.

Alongside his career, David maintained an involvement with the military. In 1970, he served as a pathologist in Vietnam. In 1982, he was promoted to the rank of Colonel and in 1984 was appointed Consultant Pathologist and supervisor of the multidisciplinary laboratory for the Australian Defence Force at Holsworthy.

David also had an abiding interest in boxing, became a qualified instructor and helped many socially disadvantaged youngsters. David was deeply religious, and liturgical music was yet another of his varied interests. He was a kind, gentle and considerate person with an impish sense of humour that made him a delightful companion.

David died of metastatic prostate cancer on 21 September 2005. He is survived by his wife Diana, brother Neville and sons Andrew and James.