Although clinical trials of the antipsychotic amisulpride revealed no cardiac adverse effects, four patients with severe cardiac toxicity after overdose were reported to Australian poisons information centres in 2004–2005. All four had QT prolongation over 500 ms, two had rate-dependent bundle branch block, two developed torsades de pointes, and one died after cardiac arrest. Pending further studies, we recommend electrocardiogram assessment until at least 16 h after amisulpride overdose and, if QT interval is prolonged, cardiac monitoring until the patient is clinically well and conduction intervals are normal.

A 39-year-old woman presented to a rural hospital 2 hours after ingesting 24 g of amisulpride (therapeutic dose, 50–1200 mg/day), and unknown quantities of nitrazepam and diazepam. On examination, she was drowsy with a Glasgow Coma Score (GCS) of 14, heart rate of 100 beats per min (bpm), and systolic blood pressure of 70 mmHg. Activated charcoal (50 g) and intravenous normal saline (2 L) were administered, and the hypotension resolved. She was transferred to a tertiary emergency department.

On arrival, 7 h after the overdose, her condition remained unchanged. An electrocardiogram (ECG) showed sinus rhythm, heart rate of 67 bpm, QRS interval of 128 ms, prolonged QT interval of 560 ms and bifid T waves (Box 1). Twelve hours after ingestion, her level of consciousness decreased (GCS, 4), and broad complex tachycardia was observed on the electrocardiography monitor and subsequent ECG. No hypotension was recorded. She was intubated, hyperventilated, given NaHCO3, magnesium and calcium gluconate, and transferred to the intensive care unit. The QRS interval narrowed to 112 ms within 4 h, but the QT interval remained prolonged for another 12 h.

A 40-year-old man presented to a hospital emergency department after ingesting amisulpride (32 g), mirtazapine (300mg), valproate (7 g), amitriptyline (1.25 g) and omeprazole (unknown quantity). On arrival, he had a GCS of 14, heart rate of 90 bpm, and blood pressure of 120/70mmHg. An ECG at presentation showed sinus rhythm with a heart rate of 90 bpm, QT interval of 460ms and bifid T waves. He was admitted to the intensive care unit. About 12.5 h after ingestion, he developed a broad complex tachycardia with rate 120 bpm (left bundle branch pattern), but remained haemodynamically stable. The QRS complex did not significantly narrow when the patient was treated with a bolus of NaHCO3. An NaHCO3 infusion was started, and he was intubated and ventilated. Eighteen hours after ingestion, the QT interval was 560ms, with heart rate of 79 bpm and a normal QRS interval (Box 2A).

Serum amisulpride level was measured by high performance liquid chromatography using a modified method of Bohbot et al,1 and was 23.2 mg/L at 12.5 h after ingestion.

A 39-year-old woman presented to hospital about 12 hours after ingesting amisulpride (16–24 g). At presentation, she was drowsy, with a heart rate of 59 bpm and blood pressure of 81/44 mmHg. She was given 1 L of intravenous fluid. An ECG demonstrated sinus rhythm with heart rate of 62 bpm, and QT interval of 600 ms. Two hours after presentation, her condition deteriorated rapidly, with a GCS of 7, heart rate of 99 bpm, and blood pressure of 109/42 mmHg. Multiple intubation attempts were made, and the oxygen saturation fell, but recovered between intubation attempts (91% after 25 minutes). She was successfully intubated 28 minutes after her condition deteriorated. She then developed bradycardia, pulse became undetectable, and cardiac pulmonary resuscitation was begun 30 minutes after the deterioration. Despite resuscitation, she died 17 minutes later. No ECG or telemetry traces were recorded during the resuscitation.

Postmortem toxicology analysis performed by the Division of Analytical Laboratories, Sydney, was made available by the coroner: amisulpride (140 mg/L) and fluoxetine (0.2 mg/L) were found in serum, but no tricyclic antidepressants or drugs of abuse.

A 22-year-old man presented to hospital 2 h 20 min after ingesting amisulpride (4.6 g). There was no family history of sudden death or cardiac arrhythmias. On arrival, he was alert and oriented, had a heart rate of 69 bpm, and blood pressure of 136/61 mmHg. The ECG showed sinus rhythm, heart rate of 63 bpm, and QT interval of 600 ms (Box 3A). Repeat ECGs showed QT intervals between 580 ms and 640 ms.

Seven hours after ingestion, he had an episode of pulseless torsades de pointes (Box 3B). Cardioversion was achieved with a 200 J direct current shock. As the QT interval remained prolonged (600 ms), therapy with isoprenaline (60 μg/h) was begun. After an hour, the dose was decreased to 30 μg/h and continued for 20 h.

The patient had a second episode of torsades de pointes almost 24 h after ingestion. This was asymptomatic and resolved spontaneously within 30 seconds. He had bradycardia (heart rate, 40 bpm) for 24 h after isoprenaline was ceased. The QT interval gradually decreased to 460 ms at 62 hours after ingestion and was 360 ms 3 weeks later (Box 3C). Box 3D illustrates the time course of serum amisulpride concentration and absolute QT interval over the first 60 h after ingestion.

Amisulpride is an antipsychotic that has been available on the Pharmaceutical Benefits Scheme in Australia since 2003. A benzamide derivative, it is well tolerated, with relatively few side effects and minimal behavioural toxicity in doses with antipsychotic effect.2 Amisulpride overdoses were first reported to Australian poisons information centres in early 2004, and about 60 telephone calls about amisulpride overdose were made from hospitals to the New South Wales and Western Australian Poisons Information Centres between July 2004 and June 2005, including the four cases reported here.

A review of clinical trials of amisulpride reported that it had no effect on the ECG in therapeutic doses and did not produce arrhythmias.3 There are no published data on animal toxicity. It was therefore surprising that such severe effects were seen in overdose. There were a few published reports of overdose in the literature before its introduction in Australia,4,5 and a reference to QT prolongation and torsades de pointes in the manufacturers product information, but little indication that overdose could have effects as severe as those reported here, including the first cases of torsades de pointes.

During the past decade, there have been sporadic reports of amisulpride poisoning, including two deaths.4-9 Significant QT prolongation was reported in a recent series of eight cases with limited clinical details9 and in another two cases, where it was suggested to be related to hypocalcaemia.7 A patient who suffered multiple cardiac arrests has also been reported. Although torsades de pointes was suspected, it was not confirmed on ECG.6

These cases demonstrate that amisulpride overdose may be associated with clinically significant QT prolongation. The absolute QT interval was over 500ms in all four of our cases and close to 600ms in three. Amisulpride overdose was associated with ECG-confirmed torsades de pointes in two cases and a cardiac arrest resulting in death in another. Unfortunately, no ECG was available to determine if torsades de pointes had occurred in that patient. The magnitude of the effect on the QT interval and the number of cases of torsades de pointes from about 60 cases of overdose reported to the Poisons Information Centres suggests that amisulpride overdose is associated with significant cardiac toxicity. Amisulpride also caused a ratedependent bundle branch block in two cases. Although this coincided with a decreased level of consciousness, it was unlikely to have caused it. Drowsiness occurred in three of the four patients and profound sedation in two, suggesting that amisulpride also causes central nervous system depression.

Amisulpride was detected in high concentrations in three of our patients — three to four orders of magnitude above that reported in therapeutic studies.2 In these studies, the peak concentration after a dose of 50mg of amisulpride was 55.7 µg/L (SD, 3.7).

Citalopram is another drug that appeared to cause minor or no cardiac effects in clinical trials of therapeutic doses,10 but in overdose has been associated with moderate QT prolongation,11,12 rate-dependent bundle branch block and, rarely, torsades de pointes.13,14 A pharmacokinetic and pharmacodynamic model of citalopram intoxication clearly demonstrated a dose-dependent relationship between drug concentration and QT interval.12 Fortunately, citalopram-associated torsades de pointes appears very rare, with only two published reports.

This case series underlies the importance of overdose surveillance by poisons information centres after the introduction of new drugs, or the introduction of new formulations. Clinicians should be aware that amisulpride overdose can cause severe cardiac toxicity, including QT prolongation, bundle branch block and torsades de pointes. Until the risk assessment can be further refined, we recommend assessing the ECG until at least 16 hours after ingestion of an amisulpride overdose. If there is QT prolongation, we recommend cardiac monitoring in a critical care area until the patient is clinically well, and conduction intervals are normal. 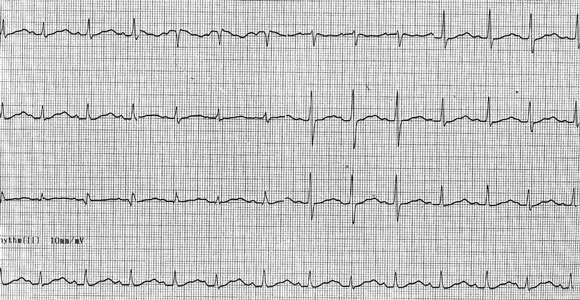 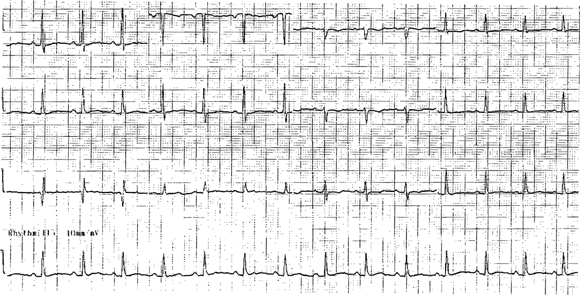 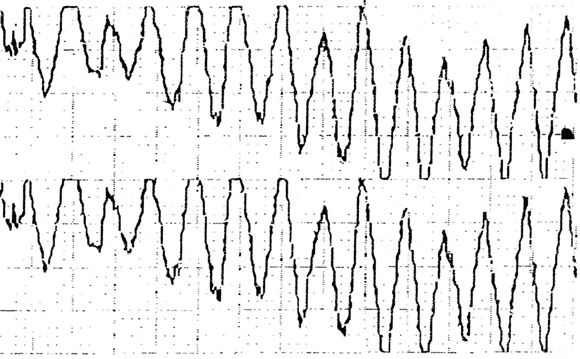