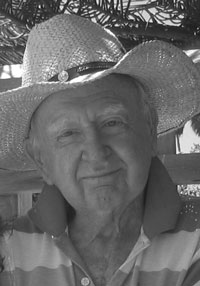 A loved and respected general practitioner in Sydney’s Eastern Suburbs for many years, John Watson came from humble beginnings. Excelling in many intellectual pursuits, he was an eternal student. He loved teaching, and always had a close association with the University of Sydney and Sydney Hospital.

John was born in Sydney on 26 May 1917. He always wanted to be a doctor, but during the Depression no child of a poor family could afford the fees. He won a Teachers’ College scholarship and became a science teacher. While teaching by day, he attended evening classes in economics at the University of Sydney.

After serving in the Australian Military Forces from 1941 to 1946, John returned to teaching. At the same time, he completed Bachelor of Arts and Bachelor of Economics degrees as an evening student, while saving to enrol in medicine. In 1948, he began to study medicine at the University of Sydney, supplementing his income by working as a bookmaker’s clerk. His sharpness as a mathematician was valued, although his knowledge of and interest in racing was nil! In 1950, he married Rose Wicks, also a teacher, who helped to support him through medical school.

After graduation in 1954, John was appointed Junior Resident at Sydney Hospital. In 1956, approaching the age of 40, he established a 24-hours-a-day, 7-days-a-week general practice in South Coogee, living on the premises. Many of his patients became lifelong friends.

When Medicare was introduced, John felt he could not work under a system that “put the clock” on time spent with a patient, so he went into hospital administration, becoming Deputy Superintendent at Sydney Hospital. Although a capable administrator, he found some aspects of the work very tedious and missed the contact with patients, and so eventually returned to limited general practice in South Coogee. He served many years as an Honorary Medical Officer in the Sydney Hospital general medicine and neurology outpatient clinics.

John’s love of learning, teaching and patient care continued all his life. He was one of the first “radio talk-back doctors” to answer listeners’ questions over the air. For many years he was a member of the Editorial Board of The Medical Journal of Australia. He taught medicine and medical principles at the School of Occupational Therapy, and later became a director of the Sydney Medical Emergency Service Co-op, which provided an out-of-hours locum service to GPs. He was also in great demand as an after-dinner speaker and as a lecturer for the University of the Third Age.

His other interests, as a student and beyond, included debating (the University of Sydney’s J G Watson trophy for debating was named after him) and compering and scriptwriting for the annual Sydney University revue. He was President of the Sydney University Union and later a student representative Fellow of the University Senate. He had a keen interest in many sports, including surfing, fishing, cricket, rugby, athletics and hockey. At an advanced age, he took up piano playing and landscape painting.

John died on 6 July 2005 after several cerebral vascular incidents and eventual multiple organ failure. He was a truly good man, who touched many people in his different roles. He will be sadly missed by Rose, his sons John, Ian and Andrew, and their families and many friends.