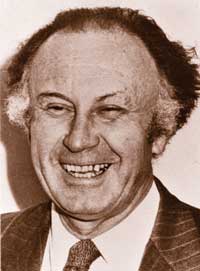 Born on 5 October 1915 in Sydney, Charles Sara was a well known Sydney anaesthetist.

Charles gained the Diploma of Anaesthetics of the University of Sydney in 1950. He worked for many years as an Honorary Anaesthetist (and later Consultant) at the Royal Alexandra Hospital for Children, the Royal Prince Alfred Hospital and the United Dental Hospital, Sydney.

From 1966 to 1975, he was a Lecturer in anaesthesia in the Faculty of Dentistry at the University of Sydney. In 1975, his pioneering work in dental anaesthesia was acknowledged by his being awarded the Belisario Award of the Australian Society for the Advancement of Anaesthesia and Sedation in Dentistry, for “outstanding contribution in the field of dental anaesthesia and sedation” over 25 years.

Charles served the Australian Society of Anaesthetists as Treasurer, then Secretary, from 1954 to 1959, and was Chairman of the New South Wales Section from 1960 to 1961. Elected a Foundation Member and Fellow of the Faculty of Anaesthetists of the Royal Australasian College of Surgeons at its inauguration in 1952, he was a member of the Faculty’s Court of Examiners, then Vice-Chairman of the Court, from 1961 to 1970. As a member of the Board of Faculty from 1967 to 1974, Charles contributed enormously to the establishment of the Faculty’s training program in anaesthesia. On his retirement from the Board, he was fittingly awarded the Robert Orton Medal for meritorious service to anaesthesia, the highest honour of the Faculty. He was also the Faculty representative to the Standards Association of Australia and was consultant to the Coronial Investigation Unit for Anaesthetic and Drug-Related Mortality.

Charles was a skilful, thoughtful and helpful colleague who was greatly respected by the surgeons he worked with. He was an encouraging mentor with an outgoing, genial personality and a hearty laugh. He published original articles on a wide range of topics and took a scientific approach to the many challenges in the developing specialty of anaesthesia.

His leisure interests were many and varied. In his youth, Charles was a keen and competitive surf lifesaver, and participated in the rescue of well over 100 people swept out to sea on Black Sunday (6 February 1938) at Bondi Beach. Reading, amateur radio and film-making were other pursuits.

Sadly, he became progressively disabled by complications following surgery for a meningioma and died on 28 December 2005. He is survived by his wife Barbara, son Antony and daughter Angela.