Anthony Proust was born in Sydney on 23 February 1924 and graduated in medicine from the University of Sydney in 1948. After doing his residency at the Royal Prince Alfred Hospital, he studied and worked overseas from 1950 to 1953, first at Winnipeg General Hospital and the Manitoba Sanatorium in Canada, then at Johns Hopkins Hospital in Baltimore, and finally in Edinburgh and London. In 1953 he gained membership of both the London and Edinburgh colleges of physicians. 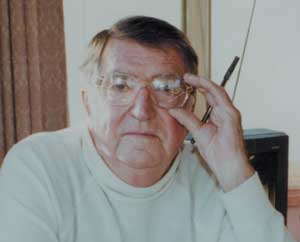 One of Tony’s major contributions to medical research was as coordinator of the Australian Rifampicin Trial (published in 1971 and 1972), a trial that led to the drug becoming the mainstay of antituberculosis treatment, which it remains to this day. In 1984, he founded a medical periodical, the Australian Tuberculosis Newsletter, a publication that remains alive and well. He was a longstanding member of both the Thoracic Society of Australia and New Zealand and the Australian Society of the History of Medicine.

Tony’s reputation also extended outside Australia. In 1981, Sr Mary Aquinas invited him to work with her at the world famous Ruttonjee Hospital for tuberculosis in Hong Kong. In 1991, St John’s Medical College, Bangalore, appointed him Visiting Professor of Medicine.

Tony’s interest in diabetes continued, and his passion for the history of medicine grew with age. His History of tuberculosis in Australia, New Zealand and Papua New Guinea was published in 1991, and his final book, A companion of the history of medicine in Australia 1788–1939, appeared in 2003. He was contemplating another work, on medical women in Australia, when his last illness, cryptogenic fibrosing alveolitis, overtook him on 16 May 2005. He is remembered by his wife Moya, their five children and eight grandchildren.