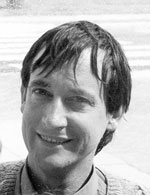 On 14 January 2005, Western Australia lost one of its finest paediatricians. Paul Carman died suddenly of acute myocardial infarction while on holiday with his family in Capel. The loss to the medical and Catholic community is immense. In the 19 years that Paul was in Western Australia, he made significant contributions in many fields. He was Chairman of the Paediatric Clinical Care Unit at Princess Margaret Hospital for Children. He ran regular remote paediatric clinics in the Pilbara region, serving the local mining and Aboriginal communities with compassion and care — qualities that he exercised in all other aspects of his professional life. He was a foundation member of the (now disbanded) Advisory and Coordinating Committee on Child Abuse, an advisor to the Christian Brothers commission to support the needs of former child migrants who had been under their care, and an active member of St Thomas’ parish and school, which his seven children attended and where his funeral was held. However, his lasting legacy for paediatric hospitals in Perth will be his vision to establish a Child Protection Unit to provide specialised medical and forensic services to children.

Paul was born in Melbourne on 17 September 1950. When he was 4 years old, his family moved to Cairns, in Queensland, and then, 8 years later, to Warrnambool, in Victoria. In Warrnambool, his father established a very successful dental practice. Paul matriculated from St Joseph’s Christian Brothers College in Warrnambool. However, his university entrance score was not sufficient to enter medicine, which was his passion (a passion sparked by the television serial “Dr Finlay’s Casebook”). The following year, Paul repeated his matriculation exams and gained entrance to the University of Melbourne Medical School in 1969. During the fifth year of his course, he met Margaret, whom he married in 1977.

Paul worked for 2 years at Queen’s Medical Centre in Nottingham under the guidance of Sir David Hull. It was here that Paul developed his interest in child protection. He obtained his Fellowship of the Royal Australasian College of Physicians in 1985 and, in the following year, took up an appointment as a staff paediatrician at the Princess Margaret Hospital in Perth and as a rural paediatrician in conjunction with the legendary Dr Rex Henderson.

Paul’s ability to listen, discuss and draw on his vast knowledge of Russian and European history, ethics, philosophy and common sense was a driving force in the outstanding contribution he made to children’s health in Western Australia. The love, trust and enduring friendship in his relationship with Margaret is reflected in the lives of their seven children.