Refractory sprue was diagnosed, and the patient received sequential trials of prednisolone, cyclosporin A and infliximab without benefit. High dose cyclophosphamide (2 g/m2) was administered 3 months later for presumed EATL. This resulted in immediate resolution of the fever and improved weight gain.

After 3 months, the patient relapsed with recurrence of pyrexia, and the serum LDH level progressively rose to 838 U/L. Neuropathy progressed to the point where she could not walk. Reflexes were lost, with a glove-and-stocking pattern of sensorimotor disturbance. A repeated nerve conduction study confirmed severe axonal sensorimotor peripheral neuropathy affecting both upper and lower limbs. Cerebrospinal fluid was normal, and there were no malignant cells. Repeated investigations, including brain MRI and upper gastrointestinal endoscopy, did not reveal any further evidence of malignancy.

Subsequent treatment with cyclophosphamide, doxorubicin and dexamethasone was complicated by Enterococcus faecalis septicaemia and florid disseminated intravascular coagulation, leading to the patient’s death.

Coeliac disease is associated with an increased risk of malignancy.1 Most of these tumours are T-cell lymphomas, in contrast to the common sporadic B-cell lymphomas that usually occur in the gastrointestinal tract.

Enteropathy-associated T-cell lymphoma (EATL) often presents as refractory sprue. The risk of EATL usually decreases to a low level after adhering to a gluten-free diet for 5 years. Common symptoms of presentation include diarrhoea, abdominal pain and weight loss. Patients may also present with acute bleeding, perforation or obstruction.2 Our patient presented with weight loss, pyrexia and, subsequently, neuropathy. Clinical deterioration despite compliance with a gluten-free diet should raise suspicion of EATL. Conversely, as coeliac disease may be undiagnosed at the time of presentation of the intestinal lymphoma, patients with T-cell lymphoma or a gut primary localisation should be tested for coeliac disease. Endoscopy with biopsy is usually the test of choice. Laparotomy is performed in some instances, especially when patients present with an acute abdomen.

Our case illustrates a number of interesting features. First, a definitive diagnosis of EATL may be elusive, and persistence in obtaining histological confirmation is warranted. The elevated serum lactate dehydrogenase (LDH) level raised the possibility of an underlying malignancy. Second, in patients with refractory sprue, a clonal TCRγ rearrangement often precedes the onset of overt T-cell lymphoma, which constitutes an early or cryptic form of EATL.3-5 The difficulty is distinguishing antigen-dependent T cells from neoplastic T cells. Management decisions may have to be based on DNA clonality studies alone. Finally, although central nervous system involvement has been reported,6,7 to our knowledge this is the first reported case of peripheral nerve involvement in EATL. Clinical evidence of peripheral neuropathy is observed in 0.1% to 8% of patients with malignant lymphomas,8 and neurotoxic chemotherapeutic agents are frequently presumed to be the cause. Peripheral nerve involvement in T-cell lymphomas is very uncommon.8-10 It is also interesting that the infiltrative neuropathy progressed relentlessly despite an initial good response of systemic symptoms to cyclophosphamide.

Both refractory sprue and EATL carry a very poor prognosis, with a 5-year survival rate of 11%. This is related to the unresponsive malabsorption in cryptic EATL, which is often diagnosed late. Associated malabsorption and malnutrition make tolerance of chemotherapy difficult, and treatment-related complications such as gastrointestinal bleeding and perforation also worsen prognosis.2 Favourable outcomes with multi-drug therapy generally occur in patients who have minimal gastrointestinal symptoms before the diagnosis of lymphoma and can tolerate therapy.

Chemotherapy should be considered for all patients and should constitute drugs active in intermediate- and high-grade lymphoma. A variety of regimens, including CHOP (cyclophosphamide, doxorubicin, vincristine and prednisolone), have been used. The optimal cytotoxic regimen is unclear, as data are limited to uncontrolled retrospective case series. The role of salvage treatments and high-dose chemotherapy at relapse also remains to be investigated.2 Earlier diagnosis and development of more effective treatments are required to improve the outcome for these patients. 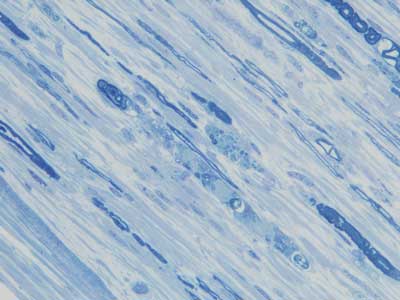 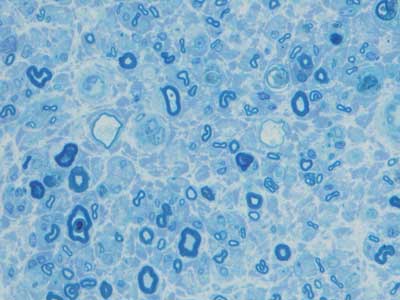 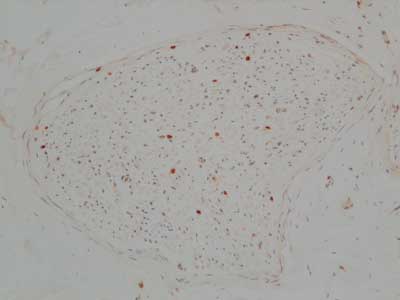 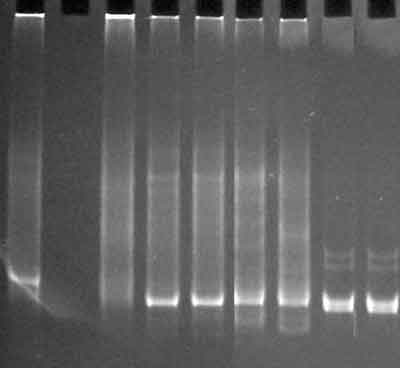 We wish to thank Drs H Nicholson and I Pollard for referring the patient.