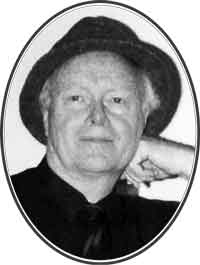 Marcus (“Marc”) Faunce was born in Sydney on 5 December 1922, and died in the early hours of 14 June 2004 in Canberra, after a protracted struggle with renal cancer.

After qualifying in medicine from the University of Adelaide in 1946, Marc served in the Australian Army Medical Corps in post-war Japan and trained at the British Postgraduate Medical School at Hammersmith. He became Senior Registrar at Sydney Hospital in 1949 and married Marjorie Morison in 1951, obtaining his membership of the Royal Australasian College of Physicians (RACP) in the same year. From 1954 to 1956 he did research at the Brompton Chest Hospital in London, becoming a Member of the Royal College of Physicians (RCP) (London) in 1955. Two years later, Marc and Marjorie moved back to Australia and settled in Canberra. Marc established himself as a consultant physician and salaried specialist with the Commonwealth antituberculosis campaign. He was elected a Fellow of the RACP in 1965 and of the RCP (London) in 1968.

During his 35 years of full-time practice, Marc was much loved by his patients and admired by colleagues and students as a great general physician with a special interest in respiratory medicine. He co-founded the Canberra Medical Society in 1959. He served on the ACT Medical Board (1963–1974) and was Senior Physician Consultant to the Royal Australian Air Force Medical Directorate (1976–1980), with the rank of Group Captain. For these services he was made an Officer of the Order of the British Empire in 1969 and a Member of the Order of Australia (Military Division) in 1981.

Marc was a staunch advocate for a medical school in Canberra. He served on the Board of Management of the Royal Canberra Hospital (RCH) from 1967 to 1974. He fought against the demolition of the RCH, situated adjacent to Lake Burley Griffin. The battle to save the hospital ultimately failed, and its units were progressively transferred to the Woden Valley Hospital (now the Canberra Hospital) from 1991 until its eventual closure in 1993, when Marc was given the honorary accolade of Emeritus Consultant to the RCH. It was a source of great satisfaction to Marc that his son, Thomas, was appointed Senior Lecturer and Chair of Personal and Professional Development at the new Medical School established at the Australian National University in 2004.

Marc was renowned for his stringent adherence to medical confidentiality, being individually selected to be honorary personal physician to five prime ministers and six governors-general, for which services he was made a Commander of the Royal Victorian Order in 1995.

He was a voracious and eclectic reader. Though distrusting spiritual conceptions, he heavily annotated many copies of the New Testament. His favoured social introduction was “Just sit down and let me tell you the story of my life”. Marc is survived by his sons Thomas and Marcus and daughter Charlotte.