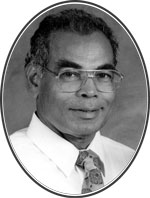 After a 2-year residency at St Vincent’s Hospital, Darlinghurst, Sukhi was a tutor in anatomy for 3 years at the University of Queensland. From 1968 to 1969, he worked at Townsville General Hospital as an orthopaedic registrar and then a general surgical registrar. In 1970, after marrying Jenny, a nursing sister at Townsville General Hospital, Sukhi went to Launceston to continue his surgical training. He gained a Fellowship of the Royal College of Surgeons, Edinburgh, in 1973 and Fellowship of the Royal Australian College of Surgeons in the following year.

Sukhi returned to Townsville in 1973 and entered general surgical practice. At that time he was appointed Consultant Surgeon to the Ayr District Hospital. He continued to serve the Burdekin community in Ayr until forced to retire because of ill health. He was a member of the Rotary Club of Mundingburra, in Townsville, for many years.

Sukhi was a quietly spoken, patient and thoughtful man who devoted his life to his patients and their problems. Many of them became personal friends. His skill and proficiency, bonhomie and sense of humour were greatly appreciated by his colleagues.

Outside his work commitments, Sukhi enjoyed spending time with his wife and four children. He also had a keen interest in the stockmarket — after some spectacular investment successes, his advice on shares was eagerly sought by colleagues and friends. His other great love was his farm. He hand-planted a large mango farm at Crystal Creek, just north of Townsville. He delighted in watching it grow to be a productive and successful venture.

A cerebral complication after cardiac stenting left Sukhi markedly restricted, and forced his retirement from practice in 1997. During his prolonged and relentless illness, Jenny cared for Sukhi at home. He died on 7 April 2004.

He is survived by Jenny, Anita, Andrew, Sunita and Sonya.