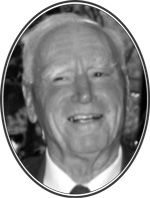 The death of William McLaren (“Dr Will”) on 23 January 2004 ended a long and dedicated life of service to the people of Cowra. He was a Cowra person in the truest sense, being born at Cowra District Hospital on 25 May 1914, attending school in Cowra, and spending most of his working life there. He was the youngest child of Hugh McLaren, a physician. He studied medicine at the University of Sydney, graduating in 1940.

After a period of training at the Royal North Shore Hospital, Sydney, Will left to join the Australian Army. He spent most of his wartime service in New Guinea on the Kokoda Track and with Z Force, working behind enemy lines on intelligence operations. His intrepid character, dedication and innovative ability saved many lives. His distinguished war service and contribution to wartime and postwar medical services in New Guinea are well documented in the official history of World War II.

In 1947, Will joined the family medical practice in Kendal Street, Cowra, and in 1975 he was joined by his son John, thereby continuing the McLaren medical tradition into a third generation.

Will was a practitioner with exceptional skills in all areas of medicine and surgery and had a wonderful ability to communicate with his patients. He was immensely loved for his great charm and roguish wit, which remained intact to the end.

Will was also involved with many community organisations in Cowra, especially Alcoholics Anonymous and the Mentally Handicapped Association. He helped to set up the Lachvale School (now the Holman Place School) for students with intellectual disabilities. Although not a Rotarian, he had the honour of being awarded a Paul Harris Fellowship by the Cowra Rotary Club for his services to the community. In his spare time, he loved being with his grandchildren and pursuing his hobby of raising ducks.

The Anglican priest, Susanne Pain, who had been delivered by Dr Will, officiated at his funeral service — surely a rare event. He is survived by his son John and daughter Ann.