The perils of pet ownership: a new fall-injury risk factor

Objective: To describe fall-related injuries due to pets in an older population.

Participants and setting: Patients aged 75 years and over presenting to the emergency department of a metropolitan hospital in northern Sydney over 18 months, with a fracture directly related to their pet.

Results: 16 cases (mean patient age, 81 years) are described; 13 (81%) involved women. Animals of five species were involved, with cats and dogs being the most common pet hazard.

Conclusions: Pets are a potential environmental hazard in the occurrence of fall-related injuries in older people, with dogs and cats most likely to be involved. Women appear more likely than men to be injured. 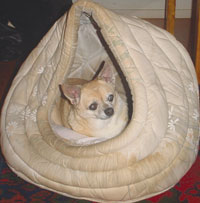 Pet ownership has been associated with a number of benefits, and an editorial in this Journal in November 2003 argued that pet ownership conferred health benefits, but the mechanism was unknown.1 It has also been suggested that pet ownership may have a negative effect on the health of elderly people because of the risk of falls.2 Falls among older people are common and are a major cause of injury; environmental hazards are well known as causes of falls and injuries.3,4 However, pets are rarely mentioned as an environmental hazard, and no studies have looked at actual fall-related injuries caused by pets.

Cases of pet-related falls occurring in patients aged 75 years and over who presented to the emergency department of a metropolitan hospital in northern Sydney between 1 April 2003 and 30 September 2004 were noted, and patients who sustained a traumatic fracture as a result of the fall were included in this case series. A pet was defined as “an animal which is kept as a companion and is treated with affection” and included animals such as goats and donkeys, as well as dogs, cats and birds.

Our series does not include a number of cases where animals were responsible for inflicting other injuries, such as dog bites, cat scratches or soft-tissue injuries due to falls. It also does not include the fall-related fractures which occurred as a result of older people being startled by mice, cockroaches or spiders, as these animals were not considered pets for the purpose of this study.

We identified 16 cases, 13 (81%) in women. Animals implicated included dogs, cats, birds, goats and a donkey. The cases are summarised in the Box. There were no deaths recorded as a result of the fall-related fractures, but one of the animals involved (a cat) died when its owner fell and landed on it.

This study shows that serious fall-related injuries in older people may be caused by pets, most commonly dogs and cats. An Australian Bureau of Statistics (ABS) survey of pet ownership in 1994 indicated that 16% of the people aged over 60 years owned a dog, 15% owned a cat, and 9% owned a bird.5 It is not clear from that survey what proportion of people aged 75 years and over owned a pet, but our case series illustrates the risks that may be present for those who do.

Very few studies of factors related to falling identify pets as a hazard, and none have studied the risk in detail. Further research is necessary to understand the risk that pets pose, and to consider possible interventions to decrease this risk (such as ensuring pets are confined at time of activity, and being aware of the pet’s favourite sleeping position).4 It is important that any risks posed by pets be reduced as much as possible to allow the benefits of pet ownership to be properly appreciated.