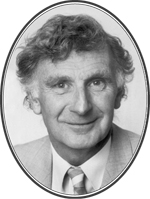 John Winter Ashton, an anaesthetist, died suddenly and unexpectedly on 29 November 2002 of a pulmonary embolism. His death was preceded by a short illness, which necessitated his retirement from practice.

John was born in October 1931 in Melbourne. He was educated at Melbourne Grammar School, where he distinguished himself as a formidable “back pocket player” in the 1948–49 Australian Rules football premiership 1st XVIII. Influenced by his father, a surgeon, and mother, a nurse, he studied medicine at the University of Melbourne, graduating in 1955.

After internship at Prince Henry’s Hospital, Melbourne, and a short stint in general practice, John commenced anaesthetic training in Albany, New York, in 1958. He later worked at the Croydon group of hospitals in England, and obtained his Fellowship of the Royal College of Surgeons’ Faculty of Anaesthetics from the Royal Postgraduate Medical School, Hammersmith, England, in 1963.

John returned to Melbourne later that year to commence public and private anaesthetic practice. He was elected a Fellow of the Royal Australasian College of Surgeons’ Faculty of Anaesthetics in 1969. He was strongly linked to the anaesthetic department at Prince Henry’s Hospital and the Monash Medical Centre and heavily involved in the development of the Chair of Anaesthesia at Monash University.

In the early 1970s, John’s determination to improve the status of anaesthetists led to his long association with the Australian Society of Anaesthetists (ASA). In 1982, he became Chairman of the Victorian Section of the ASA and in 1988 he was elected President of the ASA’s national body.

John personified all that was best in the practice of medicine in general and anaesthesia in particular. He had the ability to establish instant rapport with everyone he met. His relaxed and warm manner concealed high technical skill and made it easy for him to teach others and provide reassurance to patients and surgeons alike. He was particularly known for his kindness and concern for those under his care.

He was interested in many sports, but tennis, which he played with great skill and patience, was probably his major love. At least two members of Kooyong Tennis Club owe their lives to John’s resourcefulness when they collapsed on court. He was also a keen advocate of conservation issues and was never happier than on his property in the Dandenongs.

John is survived by his third wife, Barbara; sons Gerard, Julian and Nigel; and stepsons, Craig, Sean and Stuart.